Why you haven't got your Australian citizenship yet

Minister for Citizenship and Multicultural Affairs, Alan Tudge explains why Indian migrants are still waiting to get their citizenship 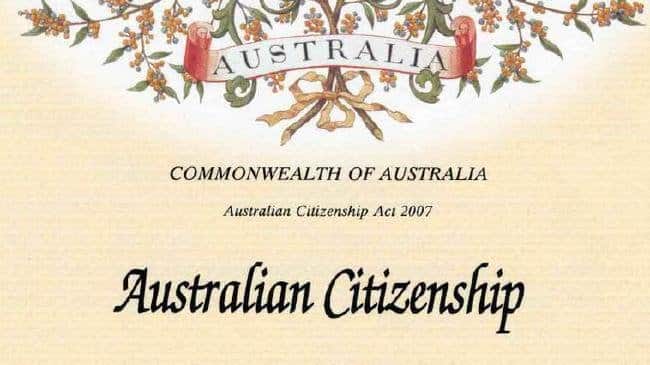 For scores of Indians — and the number is ever-increasing — who are migrating to Australia every year, the dream is not just that of a better life that a First World country undoubtedly provides, it’s also to establish roots and call it one’s own. A Permanent Residency is the first step towards that journey that hopefully culminates into a citizenship.
However, for many citizenship is still a pipeline dream. Several individuals and families who have applied to become an Australian citizen are in limbo over the delay in being granted citizenship.

In a statement released to media today, Minister for Citizenship and Multicultural Affairs Alan Tudge addressed these concerns, but only partly so.

Indians now make up close to half a million of Australia’s near 25 million population, and that number will continue to grow in the years ahead. Indian migrants have come to epitomise our nation’s multicultural success. They have embraced our liberal, democratic principles upon which our nation is founded; they participate fully in our society; and they work hard and seize the opportunities Australian society affords.
After a few years of being in the country, most Indian migrants seek to take the final step of their journey by pledging allegiance to Australia and becoming a citizen. We encourage and welcome this final step. Over the last six years, 135,000 have taken the pledge and become valued citizens.
In recent months, however, many have raised concerns with me about the time it takes to process citizenship applications. At present, 75 percent of all applications are processed within 14 months and 90 percent within 17 months. This is slightly longer than in previous years (by a few of months only) and I want to explain why.
There have been three factors that have caused an increase in processing times for Australian citizenship.
First, the demand for citizenship has never been higher. Between 2010 and 2018, the citizenship applications have almost tripled to 225,000.
Second, there are much greater national security threats today than before.  You would have seen, in recent years, the increasing threats to our community from terrorism and transnational organised crime. In response, the Turnbull Government has taken steps to strengthen processes for verifying the identities of citizenship applicants to ensure safety of all Australians. We know, from experience, that a small minority of people seek to conceal their true identity. And we are determined to do everything possible to detect fraud.
In addition to this, the Department of Home Affairs undertakes a rigorous assessment to be satisfied of an applicant’s good character. Again, only a small minority of people seek to obtain citizenship by failing to disclose their criminal past. But, as an unfortunate consequence, these factors have a flow on effect that impacts the vast majority of people who do the right thing. When it comes to processing times, the safety and security of Australia always comes first.
Third, the processing of the 50,000 people who arrived unlawfully by boat in the Rudd-Gillard-Rudd years. A significant number of these people who received protection visas, have since applied for citizenship. The number of citizenship applications from this group grew from 99 in 2012-13 to close to 4,220 in 2016-17. Processing these applications is not fast or straightforward. Many of the applications had limited or no identity documentation to verify who they are. The processing of these cases uses a huge number of resources which then delays processing times for everyone else.
I understand people’s frustration if they have been waiting for over a year to get their citizenship application processed. I ask for your patience as we deal with the issues that I have outlined above. Unfortunately, it is unlikely that national security threats will diminish, but we will soon have dealt with all the illegal boat arrivals, which will then free up further resources. We have also added additional resources on top of that. It is taking a few more months to process citizenship applications than it used to, but I can assure you, it is worth the wait!
While the minister does clearly outline the reasons for delays in getting citizenship, the only reassurance seems to be that there are additional resources at work to speed things up. Whether applicants will accept it, is hard to say. What they might appreciate, however, is a bit more transparency as to what measures exactly the ministry is taking to make their dream come true.