Dr AM Gondane asks, diplomatically, as to why trade between NSW and India is slipping 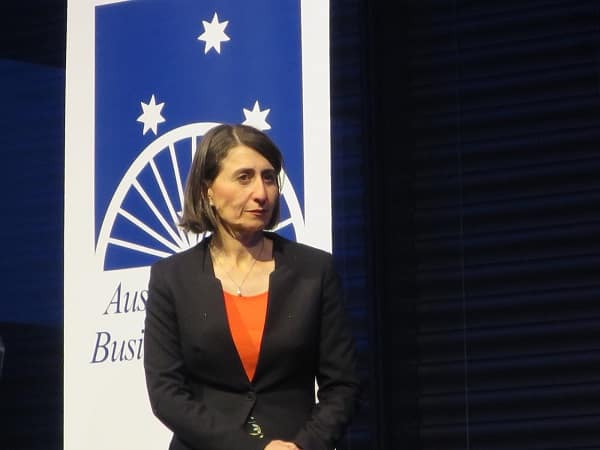 Reading Time: 3 minutesFormer Indian High Commissioner Sujatha Singh in her address to the Australia India Business Council in 2011 had publicly taken the organisation to task, questioning them on their ability to deliver on their mandate to increase bi-lateral trade between Australia and India.
Now, four years on, the current Indian High Commissioner Dr AM Gondane delivered a similar message, even though the tone was a lot more diplomatic and subtle.
He was speaking at the annual Australia India Address in September.


With over 300 guests in attendance, the signature event for the business community working in the Australia-India space attracts business leaders, leading politicians and other key stakeholders. The keynote address was delivered by the premier of NSW Gladys Berejklian.
The Darling Harbour skyline set the backdrop in the main ballroom of the Hyatt Regency, and gave the guests a chance to network as well as understand the vision of the NSW Government and AIBC (NSW) to grow the trade between the two countries. With NSW as the largest and the strongest economy in Australia, and India, in spite of short-term hiccups still on track to achieve high single-digit GDP growth, it seemed but logical that the alliance between them would grow at a strong trajectory. However, it seems that the needle is stuck – perhaps even going backwards. According to a Department of Foreign Affairs and Trade report, bilateral trade between NSW and India was valued at $1.93 billion in 2010-11. A report released in 2015 by the former Premier Mike Baird stated, “Our markets trade approximately $1.8 billion worth of goods each year. NSW supplies India with coal, metals and textile fibres (such as cotton). India supplies NSW businesses and consumers with medicinal and pharmaceutical products, petroleum and manufactured goods.”
It seems the needle is not only stuck but is actually slipping.

And what is the reason for this, High Commissioner Gondane asked when he addressed the business community.
“I have only been in Australia for nine months but I am a seeker of knowledge. And for that I need to raise some questions,” he said. “Is the engagement between India and Australia growing, is it stabilized at an optimal level, or is it slowing down?”
Taking aim at the AIBC, he also inquired if all the reforms in India are actually known and understood in Australia – reforms such as open investment options, digital reforms, tax reforms and other economic reforms. He also gently reminded the Australian businesses present of the many opportunities in India. There are great reforms taking place in education, he observed. With over one million schools, over 800 universities and over 350,000,000 students, there are great opportunities for Australia to share their knowledge in an area where there is much hunger for this expertise. “It will only depend on supply from your side, the demand is huge from our side,” the Indian High Commissioner said.

“If Australia takes one step in our direction, we will take two,” he promised.

The incoming AIBC NSW President Kylie Bell in her welcome stated that while they are rebuilding their website and developing an app, her team is new on the job and still finding direction.
It is unclear as to how AIBC plans to actually address some of the opportunities the High Commissioner spoke about and which all in the room know, are there for the taking.
Premier Gladys Berejklian in her address confirmed that she will follow in the footsteps of her predecessors Mike Baird and Barry O’Farrell and visit India in December. While her agenda is still being worked through, she claimed she is keen to leverage off the growing Indian diaspora in Australia. She acknowledged the culture and traditions of India and shared values, and remembered PM Modi’s visit to Australia. She also emphasised her desire for NSW to engage more with India. There was however, little information on how, and what this will be.
The evening allowed networking opportunities, but as to whether this will evolve into actual business, only time will tell.
Four years ago former High Commissioner Sujatha Singh remarked, “Will the Australia India Business Council rise to its potential? I hope it will. We are all waiting for AIBC to show us what it can do and to become an important player in defining and grasping the opportunities in the shape of things to come.”
Only weeks ago, the current head of Indian government in Australia Ajay Gondane was still seeking such knowledge.