When recent migrant RENUKA* finally decided to take formal driving lessons, she found herself in an uncomfortable situation with her instructor 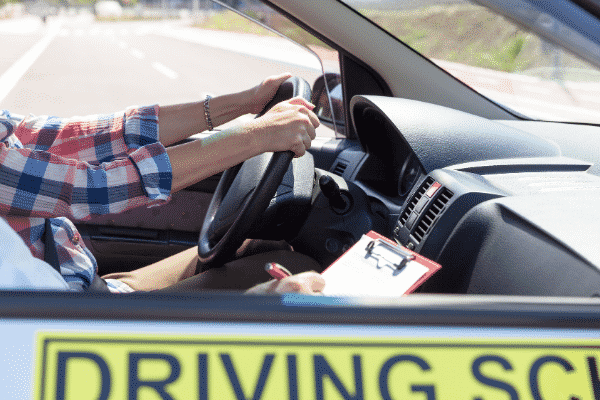 I needed to pass my driver’s test because my learner’s license expires in April. As someone who is employed full time with a family to look after, I really don’t have the time to go through the whole process again.

So, I called up a driving school in my suburb, apparently, it’s one of the best. The receptionist who answered the phone was warm and welcoming. I felt good about this school over the phone so I booked a trial with one of their instructors.

During the trial, the instructor began chatting. He asked if I was Indian, and then asked  how old I was. When I told him my age he replied saying, “You’re a spring chicken”, which I thought was a bit odd.

I wasn’t too alarmed, but as soon as our first session started, he started talking a lot of crap. He asked me about my family and where I work, then about my partner and where he works.

I didn’t mind talking about my family, it was fine until he asked me, “What makes your man virile?”.

I just dismissed it… but he kept insisting.

So in hopes that he would stop persisting, I jokingly answered, “me”.

At that point in time, it was important for me to get my license, that was all that was mattered to me throughout this whole experience.

In the next class, we did some more driving practice on the highway and roundabout practice. That was fine, he was a good instructor, but towards the end of the lesson, he asked if I’m a hard kisser or a soft kisser.

I just ignored and did not answer his question.

He persisted and asked me the question again. I refused to answer, and just got out of the car because we were done, and I was very happy that the lesson was over.

I went home and told my partner what happened and he said that the driving instructor is sexually harassing me.

I said, “Yes, he is. But I’m really confident with driving now and I can pass the test.”

The driving instructor kept appreciating my driving until the last lesson which was two days before my driving test.

I was excited, I wanted to finish my lessons and get my license. But I could sense his mood was off, he was very quiet and sort of passive-aggressive. It made me lose confidence and I made one mistake after the other. Eventually, at the end of the lesson, he told me he didn’t think I was ready and that I needed more practice.

I was upset because he had decided on the number of lessons and said that I would be ready by the end. I had spent all this money to prepare for my driving test not to get sexually harassed. So I got out of the car and went home.

He messaged after that saying he can still teach me and we can practice driving together, but I didn’t respond. Instead, I went to the driving school’s website, cancelled the package, and rang up their receptionist to complain.

I told her that he was the one who had planned all the lessons and how he fooled me saying that I’m doing well and then said I’m not ready in the last class. I wanted a refund. She said I should’ve brought it up sooner. Before I even got to the part about the driving instructor sexually harassing me, she hung up.

Now, I am down $710, still haven’t taken the test and I’ve had this terrible experience. The thought of this whole experience alone makes my stomach turn, I just don’t want to think about it sometimes.

At one point, I told him frankly that he’s a male chauvinist pig because he made some bad remarks about women. And you know what? He agreed. Actually, he felt proud after I called him that, he shamelessly wore it like a badge.

Anyway, that’s the story. I know I was at fault. I should have raised the flag much earlier. But I was in a desperate situation, I’m still in the situation. If I fail the test and have to start all over again, it would be unbearable. Spending all that money and getting nothing out of it except for disrespect was the worst experience.

I haven’t reported it to the police because I don’t have the time, the resources or the mental strength to recount and relive what happened.

As told to Bageshri Savyasachi

READ ALSO: Dhanya Mani on speaking out: “It felt like a moral imperative”

*not her real name

If you have experienced sexual assault or sexual harassment and feel you would like to speak to someone for support or information, 1800RESPECT (Phone: 1800 737 732) can provide counselling 24-hours a day, 7 days a week.

If you have experienced sexual assault and feel you would like to make a complaint or report to the police, click here for the relevant state and territory police contacts.

If you have experienced sexual harassment, you can make a complaint to the Commission.