Explore the best entertainment online (for free!) this quarantine season

Make the most of online services like museum tours, gym sessions, and free Broadway shows on your computer while social distancing. 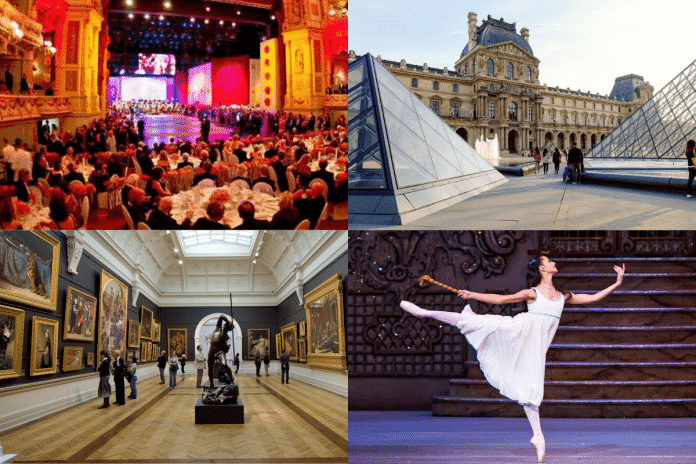 The Berlin Philharmonic has moved their orchestra online with a digital concert hall that features hundreds of past performances for the next month. New York City’s Metropolitan Opera has released a schedule of past performances dating back nearly 15 years that will be streaming on their website every day. Other operas to catch online include The Royal Opera House in London, the Vancouver Symphony, and Paris Opera Ballet amongst others.

Experience the magic of Broadway

It doesn’t matter if you’ve never been to the Big Apple because BroadwayHD is bringing musical theatre to you. The theatre-streaming service is offering free one-week trials to enjoy their best shows to your heart’s content. Some of the amazing musicals on offer include Cats (thankfully not the infamous film), The King and I and of course, The Sound of Music.

It’s never been a better time to work out. Major workout giants like Peloton, Planet Fitness, and Golds Gym are offering free trials on their apps ever since the closure of their gyms due to lockdowns. You get to avail hundreds of free audio and video workouts (complete with DJ mixes) and you can even tune into live sessions on their social media.

While self-isolating and working from home, your excuses to not read are officially over. Subscription service Scribd is offering free access to over one million magazines, e-books and audiobooks for the next month. As explained by their CEO Trip Adler, Scribd wants to support the global community through times of uncertainty when people are “looking for information, distractions and perhaps a mental escape.”

Amazon’s audiobook service Audible isn’t far behind, offering free streams for children’s books across six languages for as long as schools are closed. They even include our favourite classics like Heidi, Alice’s Adventures in Wonderland, and Jane Eyre.

Go on a virtual tour

With locations having to close due to lockdowns, many landmarks have gone online. Explore fantastic locations like Disneyland, San Diego Zoo, NASA’s Space Centre in Houston, and Hawai’i Volcanoes National Park from the comfort of your living room through vivid virtual tours, many of which come with fascinating commentary.

If you’d like a slice of culture, many museums have created virtual tours as well. Take in beautiful sights like the Louvre in Paris, the Guggenheim in New York City, the National Museum of Natural History in Washington DC, and the Picasso Museum in Barcelona.

In case you’re missing a glimpse of home, Google has you covered. Google Arts and Culture has a unique feature where you can wander the hill forts of Rajasthan, look up at the Qutub Minar in Delhi, or even visit Chhatrapati Shivaji Maharaj Terminus in Mumbai through your computer. They’ve even got locations like Hampi and Mahabalipuram, and international locations like London, Paris, and Hamburg.

READ ALSO: Binge-watch in the time of social distancing