Where to enjoy the cultural fares in Seoul 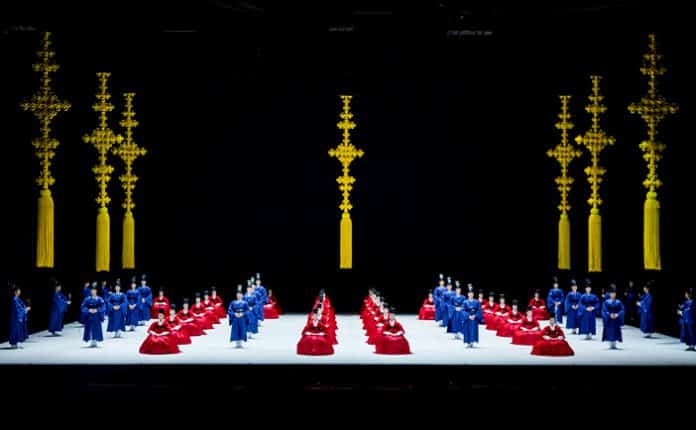 For all you culture vultures waiting to leap into the travel mode after the coronavirus outbreak is over, here is an all-in-one guide to the representative cultural art centers in the South Korean capital, Seoul. If you aren’t in a rush to get back to work, or are itching to travel after being homebound consider this city which has a lot of offer when it comes to the arts.

Diverse performances and arts will not only present you with memories, but also nourish your soul.

Established in 1950 as the first national theater in Asia, the National Theater of Korea presents diverse performances spanning Korea’s traditional arts, ballet, and opera. World renowned performance groups and organizations from overseas often hold performances here as well. The theater is composed of Haeoreum Theater, the main hall (temporarily closed for remodeling); Daloreum Theater, a smaller theater; Byeoloreum Theater, designed for original performances; and Haneul Theater, an outdoor stage. The National Theater of Korea is especially popular among tourists due to its location near Namsan Seoul Tower and Myeong-dong. The theater is just a 20-minute bus ride from either of these popular attractions.

Seoul Arts Center features dynamic theater facilities suitable for a variety of performances. The center holds cultural art events in a multitude of genres throughout the year. The signature building of the center is the Opera House, with its unique architectural design like that of a traditional Korean hat. The Opera House stages all kinds of performances, holding on to the true essence of performance arts. In addition to the Opera House, Seoul Arts Center is home to a concert hall, musical fountain, Hangaram Art Museum, Hangaram Design Museum, and Seoul Calligraphy Art Museum. The musical fountain in the outdoor plaza is popular among family visitors.

Korea’s unique traditional architecture is merged with modern design to create the grand yet elegant appearance of Sejong Center. Sejong Center holds a variety of performances of diverse genres including traditional Korean, classics, and even crossovers. The main theater, Grand Theater, has a wide stage equipped with the largest pipe organ in Asia. Sejong Center is a popular attraction among tourists as it is located across from Gwanghwamun Square and Gyeongbokgung Palace.

With the slogan “Art Museum in everyday life,” the National Museum of Modern and Contemporary Art (MMCA) in Seoul is loved by locals for its display of artwork in addition to being an aesthetic resting spot. The biggest characteristic of this attraction is its consistent admission fee. In contrast to other art museums where prices differ depending on special exhibitions, MMCA offers a combination ticket with access to all exhibitions and video displays. MMCA is recommended to be added into your itinerary since it is located at the entrance to Samcheongdong-gil Road, near Gyeongbokgung Palace and Changdeokgung Palace.

The main building of Seoul Museum of Art (SeMA), which was once used for the Supreme Court, is highly recognised for its splendid modern image after undergoing renovation. Seoul Museum of Art also offers a special program, Museum Night, on the second and last Wednesday of each month. Starting from 19:00, the program showcases artworks in connection with music and films for an immersive experience. The museum also has an outdoor exhibition area, perfect for leisurely strolls. If you are visiting Deoksugung Palace, consider adding Seoul Museum of Art to your schedule as they are located right next to each other.

Indian Link Administrator - January 22, 2021 0
They are the Buddhist Kung Fu nuns of Drukpa lineage, known globally for trekking across the Himalayas to pick up trash, paddling through mountain...