What do residents think of the Vic police trialing body worn cameras? 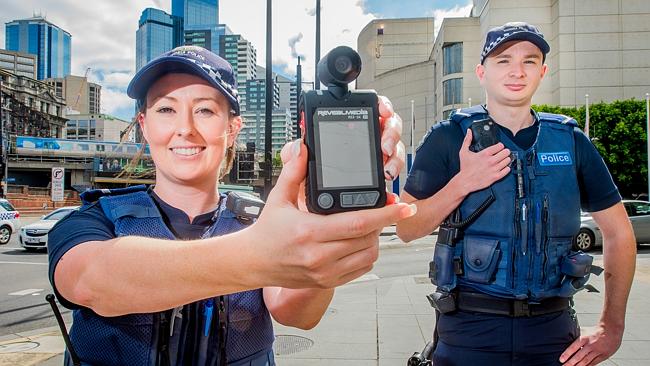 Reading Time: 4 minutesVictoria Police recently started trialling body worn cameras (BWC) to see if they improve the Victorian policing environment. The cameras will record video and audio evidence and ultimately, increase transparency in interactions between the police and the public.
The flip side to the new development is the obvious question of privacy of citizens. We asked residents what they thought about BWCs, and here’s what they had to say.

Police may not always tell you when they are turning on the camera. However, the camera will usually show a flashing red light when it is recording and you are more than welcome to ask if you are unsure.
Amit Dutt
Any new technology has its pros and cons. In this case, the advantages are that there would be complete transparency and a huge boost to public relations for Vic police. But

some doubts are bound to be in people’s minds, like loss of privacy and how the recorded information is subsequently used.
Besides routine policing, it will certainly help them in high profile events like handling civil unrest. In my opinion, the biggest advantage is the objectivity these cameras will ensure because they will takes away any subjective interpretation. Still, one can’t be sure. The proof will be in the pudding and it all depends on how they implement these cameras.
Dr Ritesh Chugh
The body worn camera pilot program by Victoria Police is a welcome move for collecting evidence. Apart from a tool to collect evidence, these device can also potentially enhance

the safety of police officers and possibly deter potential offenders.  In cases of police misconduct, the recordings from these devices can also be used to determine accountability. The cameras will essentially be an extra pair of eyes for the police officers, but it’s important that they communicate all the appropriate information to stakeholders. I can only hope that the program is a success and every police officer is equipped with a BWC.
Naishadh Gadani

I am in favour of this camera. It’ll help the community to know what really goes on during police operations. It would, without a doubt, enhance transparency and accountability. Gathering video and audio evidence will enable tighter law enforcement.
Dipanjali Rao

I think cameras are a good idea in terms of police accountability, especially in light of the recent incident with Melbourne police where they ill treated a man with a disability. However, cameras and technology alone cannot be responsible for accountability. There has to be a structural support in place that independently investigates police behaviour. Police investigating their own, as it currently stands, compromises justice. Technology is a critical tool to ensure accountability, but it absolutely needs to be supported by a cultural change and by independent bodies that investigate misdemeanour and abuse.
Rakesh Raizada
I think it’s a great idea. Given the number of road accidents that occur nowadays, these cameras are a great tool for the cops while they undertake an alcohol or drug test, or even conduct vehicle stops. BWCs can be as credible a source of evidence as dash-cam videos, particularly in cases of family violence.

I do hope, though, that they use them in above circumstances and not misuse their power. Like, what if they deliberately don’t turn on their camera?
Also, the storage and dealing with privacy should be very strict and any laxity should invite serious repercussions. Overall, I think it is great initiative and should prove to be a great success.
Sam Goraya

It is a fantastic initiative! This will promote trust, honesty and integrity in the system. But we need to be mindful of the footage; one should make sure it covers the story from start to end not just half the conversation. And as soon as any recording is done it should go straight into a central database that is controlled by an independent body that is not linked with the police.
This initiative will not only make Melbourne a better place to live but also help train police staff in case of unethical behaviour.
Compiled by
PREETI JABBAL