Where are the scares in this NETFLIX series, asks VINAYAK CHAKRAVORTY 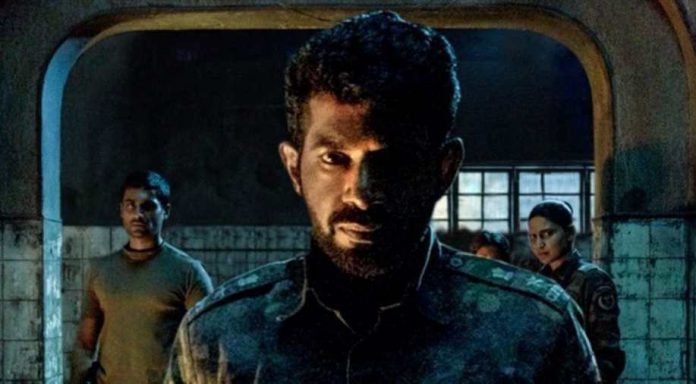 
The problem with Betaal is it tries being too many things. It tries to be a morality tale about modern-day urbanisation and greed, as well as a slice of ancient lore serving up every stereotype that has ever defined ‘desi’ mumbo jumbo. There is also token mention woven in of superstition-loaded gender bias, Naxal politics, and the Indian Muslim identity.

In all this, the makers seem to have forgotten what we primarily signed up to watch – a scary show.

Sure, there are the hordes of zombies, lots of creepy dark scenes thriving on insufficient lighting and ominous sound engineering, besides the standard gore quotient you would expect from a story of this particular horror sub-genre. But it is all too formulaic in presentation to create the right effect.

The lack of fear factor about Betaal is surprising, considering the show’s creator and co-writer Patrick Graham made the mini horror epic Ghoul a while back. Like Ghoul Graham has opted to create a limited series (Ghoul had only three episodes, Betaal has four). Unlike Ghoul, he fails to utilise brevity to maximise impact.

Somewhere in the heart of India, a contractor named Ajay Mudhalvan (Jitendra Joshi), who cares for money and little else, is out to construct a highway through the jungle. A mysterious, closed tunnel comes in the way, and Mudhalvan needs to destroy it. Local tribals warn him the tunnel is cursed, and venturing in could spell doom. Mudhalvan won’t believe them, of course. He hires a military squad to ensure the job gets done.

Sure enough, the squad is attacked by mysterious forces once they have entered the tunnel. The evil unleashed turns out to be an army of the undead.

The script tries to make a socio-political statement with the way the tribal villagers are treated. For standing up against the construction, they are ruthlessly eliminated and labelled as Naxalites. It is all woven in as a matter of convenience, without as much of an attempt to understand the Naxal movement or its fallout on society.

Forget an overall narrative that might engage, Graham and co-writer Suhani Kanwar struggle even while setting up the primary conflict on which the screenplay tries banking on – between the military squad and an ancient army of zombie British soldiers belonging to the era of Sepoy Mutiny, who emerge from the tunnel once it is opened up.

Clearly, the writers ran out of imagination soon enough. For, having exhausted all military game-plan, the trapped squad resort to black magic gobbledygook – the right mix of ash, turmeric and salt, you see, can thwart the undead where state-of-the-art automatic ammunition fail.

It gets progressively hilarious as the stage is set for a predictable final fight between the human and zombie soldiers. The army of British zombies stomp rather than march, as the narrative unsuccessfully tries setting up menace. When all else fails, the writers resort to overdone blood-soaked mayhem to hammer home some sort of a dazed impact. Despite only four episodes of 45-50 minute runtime, the utter lack of taut thrills becomes the reason you would start feeling disinterested.

Most of the actors fail to leave any impact mainly due to the mediocrity of the roles they get. Still, Viineet Kumar Singh tries adding as much heft to the show as possible with understated screen presence, as he balances intensity and vulnerability. Manjiri Pupala’s is another impressive act, as the tribal woman Puniya.

For almost every actor playing a human here, the lack of meaty characters (no pun intended) means that they tend to ‘out-zombify’ the cast that plays the undead.