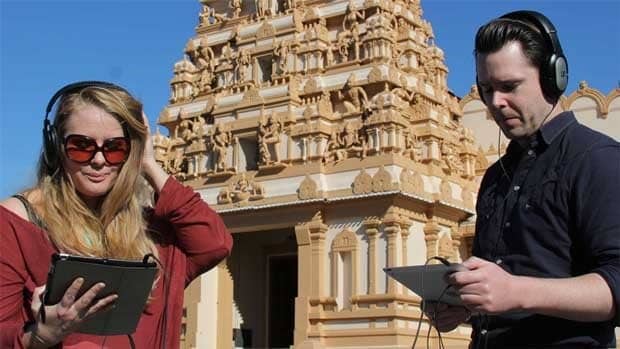 Reading Time: 3 minutesA unique tour of Sydney’s diverse places of worship promises to be an enlightening experience. By DEEPA GOPINATH

When one drives or walks past places of worship, one’s natural curiosity is sparked.  Whether an awe inspiring Mosque with its hauntingly beautiful call for prayer, a Hindu temple with its intricate architecture, or the simplicity of a contemporary suburban church, one can’t help but wonder how those within the building express their devotion.  During The Calling, a tour organised by Information and Cultural Exchange (ICE), the doors of certain places of worship in suburban Sydney will be thrown open to the tour’s attendants in an attempt to share the inner workings of these important buildings.  A part of the Sydney Festival, the tour will be a multimedia experience for Sydney-siders, incorporating music and performing arts into what is sure to be an unforgettable day out.
The tour begins at the somewhat unearthly hour of 5:30am.  Understandably so, as this is when the morning Adhan (call of prayer) is projected from a minaret of the Gallipoli Mosque in Auburn. Spoken in a way that it becomes a haunting melody, the call is similar to that which is issued from many minarets of many Mosques around the world.  It is a sound which is uniquely Islamic and undeniably captivating. The Adhan signals the beginning of a new day and welcomes devotees of Islam to commence their first prayer.  An Islamic leader will address the tour attendees with a brief discussion about the Mosque, its architecture and the religion it represents.  This is a feature that is also planned in some of the other religious venues of the tour.
An important feature of The Calling is performances by artists such as Aruna Gandhi, who will perform a Bharathanatyam piece at the Sydney Murugan Temple.  An apt addition, as Bharathanatyam is a classical dance form that originated in the Hindu temples of south India.  Aruna will be performing a very traditional and devotional piece called a Kavuthuvam with live music accompaniment. The experience of sitting on the floor of a Hindu temple listening to live carnatic music and watching a temple dancer while breathing in the mingled scents of incense, camphor and fresh flowers is a truly unique one.  This will be an incredible opportunity for those present to immerse themselves, albeit for a short time, into some of the most lovely aspects of Hinduism.
As a soundtrack to the tour, attendees will be drawn into the sounds of prayer by transitional music compositions that were created especially for this project. Jonathan Wilson, curator of the project, finds the sounds that align with religious rituals to be particularly fascinating.
Jonathan explains that many of Sydney’s residents are equally fascinated by the beautiful temple they drive past every day to work, or the quaint little church around the corner, but may feel hesitant to step into these spaces on their own. An inadequate understanding of a different culture as well as a fear of offending another religious group, may hold many back from visiting religious buildings. The project evolved as a way to offer interested people an entry point into the diverse cultures that populate Sydney’s western suburbs.
The minibus tour has been designed to be a snapshot of these religious spaces and the practices that take place there.  It is a window into how various cultures converse with God, and an opportunity for attendees to come together to respectfully understand different religions. Attendees will be required to follow the conventions of each venue, whether that involves removing shoes, covering their heads or speaking quietly.  They will be rewarded for their efforts by a unique cultural experience that will deepen their understanding of some very prominent cultures that make up our city.  The sumptuous traditional Lebanese breakfast that is included in the tour will no doubt be a welcome bonus! The ‘sold out’ status of The Calling indicates that Jonathan’s instincts were correct; the people of Sydney are ready to embrace this project and to explore the diversity of the religions that surround us.