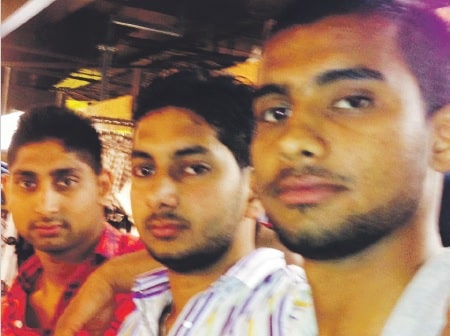 Reading Time: 4 minutesIn what is alleged to be an opportunistic attack, an Indian student from Melbourne was severely beaten and hospitalised, reports NEHAL CHHATRAPATI

Memories of student violence surfaced again in Melbourne as an Indian student Manrajwinder Singh was attacked in early hours of December 29, 2013 close to Federation Square. Local community leaders have moved quickly to allay any fears of this being a racial attack, and local police has moved swiftly to apprehend the perpetrators of this attack.

From information gathered relating to the incident, Manrajwinder was attacked about 4.15am near Princes Bridge, as he and two friends waited for a train. Reports claim that they were approached by a gang of eight youths and Manrajwinder and his friend were attacked, while the other friend escaped to raise the alarm. Manrajwinder was kicked in the head from an elevated position and then kneed, and was beaten while he lay unconscious on the ground. His friend was punched in the face and also struck as he lay on the ground.

One of the accused attackers, a youth of 17 who cannot be named for legal reasons, was arrested on New Year’s Eve in relation to the attack, and has appeared in court but has been refused bail. The court heard that the boy, his twin brother and their younger brother were named by another of those arrested.

Detectives told the court the boy was part of a gang known as ‘KYR’, which targeted vulnerable people, particularly those of Indian appearance. The detective testifying said she did not know what the initials meant, but reports of other gang offences last year stated that  ‘KYR’ stood for ‘Kill Your Rivals’.

The detective also confirmed that CCTV footage captured the eight youths approaching the men, although it was yet to be determined which of the gang had attacked Singh and his friends.

Manrajwinder Singh is still not completely out of danger and remains in intensive care at the Alfred Hospital in Melbourne. He has gone through brain surgery as a result of which he remained in a coma for seven days, but each time he regained consciousness even for few minutes, he would express aggression and anger.

Speaking to Indian Link, Singh’s brother Yadwinder Singh said, “Maybe he was remembering bits and pieces of the attack and was expressing anger about it.” He also added that Manrajwinder’s memory has been affected seriously, and he remembers very little of anything else. Though out of coma now, he is still not able to converse fully and has had another surgery for his jaws and face.

“The police have been very co-operative with us all this while. I was informed last week by the police that several of the members of the gang had been caught, two were released on bail, one was denied bail and the police are still on the lookout for the other two remaining members of the KYR gang,” said Michael Singh Kang, cousin of Manrajwinder Singh.

The attack on Manrajwinder has ignited past fears of attacks on Indian students which dominated the headlines in 2008-09. Community leaders have stepped in to offer their perspective on this attack.

Speaking to media at the 12th Pravasi Bharatiya Divas (PBD) in Delhi, Vinod Daniel, chairman of AusHeritage, an Australia government organisation said, “I have worked and continue to work internationally on projects and have been to over 40 countries. I have found Australia to be one of the most tolerant and safe countries, which is very welcoming to any migrant.”

“This kind of incident can happen anywhere in the world … even in India, there are so many such incidents,” said Kushagra Bhatnagar, a financial analyst based at Greenslopes, Queensland who was also in Delhi for the PBD.

Yadwinder himself, who has been living in Australia for seven years and is an Australian citizen, also agreed that this was an opportunistic crime. “Australia or Melbourne for that matter isn’t a vulnerable place; this was an opportunistic crime that could have happened in any other state or country,” he said. “If an attack like this can happen in CBD right outside the ever-crowded Federation Square without any fear of CCTV, then this can happen anywhere,” added Yadwinder.

However this attack has left him shaken. The incident haunts Yadwinder every time he goes out, and even at home when he is by himself. “Even I was attacked a few times in the past, but those attacks were not serious and all they wanted from me was money. In my brother’s case their motive was not just money, as they straight away attacked him without demanding anything,” said Yadwinder.

Yadwinder is very positive about Australia and would still encourage students to come here and study if that’s what they aspire to do. But he would like to pass on a message to police and the Victorian government. “I believe that they should strengthen the laws and take extra safety measures for all international students,” he stated emphatically.

Both the Australian government and Indians in Australia have worked hard in the years after the attacks against in Indian students in bringing forth the opportunistic natures of these crimes. The state governments are battling ongoing problems of increased violence in our cities. Examples of renaming terms such as ‘king hit’ to ‘cowardly punch’ is a step in the right direction. But more needs to be done in making our streets safer. Those most vulnerable, such as international students and young people, need to have assurance of better policing and a stricter legal system to punish the offenders. Our political leaders and policy makers owe it to everyone to make the streets safer for all.