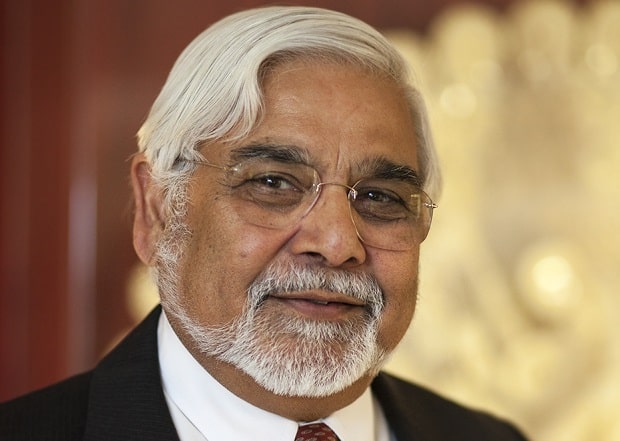 For service to the Bengali and Nepalese communities

“The hardest thing about the notification from the Governor General’s office was to keep it all a secret till the official announcement”, confessed Dr Pratish Chandra Bandopadhayay with a smile, whilst sharing his reaction to the news that he had been honoured with an Order of Australia medal (OAM) during this year’s Australia Day roll of honours.

Dr Bandopadhayay was recognised for his service to the Bengali and Nepalese community in Melbourne, and shared his journey from migrant to OAM in Australia.

Dr Bandopadhayay is a distinguished, well-published scientist who has worked for CSIRO (Commonwealth Scientific Industrial Research Organisation) for over 30 years.

“I have retired, but am still connected to CSIRO in other capacities”, said Dr. Bandopadhayay told Indian Link. “As the Senior Principal Research Scientist, my forte was mainly in Renewable Energy and Heat Transfer. My most defining moments professionally, were when I was involved in a project to run a diesel engine on brown coal oil mixtures, and also the project where CSIRO produced a cooling system for HAZMAT suits for soldiers in the Australian Army”.

According to Dr Bandopadhayay, his most successful personal achievement was raising his three children Pramita, Pratiti and Prateek, all of who are doctors. His wife Chhandashi, his children and grandchildren were delighted with the news that this inspirational man had deservedly been recognised with an Order Of Australia medal.

Dr Bandopadhayay first came to Australia from Nepal at 16, after receiving a United Nations Colombo Plan Scholarship in 1961. He went to Trinity Grammar School and then to the University of Melbourne, where he took a degree in Engineering. He continued his academic pursuits by receiving Monash Graduate scholarships that enabled him to complete first his Masters, and then a PhD.

As one of the first few Bengali migrants to Australia, Dr Bandopadhayay soon got actively involved with the local India Club and other student activities.

In 1975 Dr Bandopadhayay was awarded the Mahendra Vidya Bhusan Medal by the late King Birendra of Nepal, for being the first Nepalese citizen to achieve a PhD in Mechanical Engineering. He then went on to work for the University of Queensland in Brisbane, before joining CSIRO in 1978.

In the early sixties there were not many Bengali migrants in Melbourne, nor priests (purohits) who could conduct religious ceremonies. Under the tutelage of priest Sri Chintaman Datar Dr Bandopadhayay learnt to conduct various ceremonies and Hindu marriage ceremonies. He also gained formal training and registered as a civil marriage celebrant. Dr Bandopadhayay was appointed as the first purohit (priest) for the Durga Pooja conducted by the Bengali Association. Since then, he has conducted innumerable Hindu rituals and blessed thousands of devotees.

What gives him enormous pleasure is to teach children and adults how to play Indian musical instruments like the flute as well as the guitar. He has taught music for nearly 15 years on a voluntary basis.

“I strongly believe children should be exposed to many musical instruments as it is very beneficial to their development. The young ones should be proud of their heritage and be sensitive to other cultures”, he stated.

Amongst his many pursuits, Dr Bandopadhayay is also associated with a band called Teen Pagol where he plays the flute for Bengali folk songs along with two other artists. Any dakshina (donation) that he receives as a priest goes towards NGOs and charities that he supports in Kolkata.

“I value this honour and am humbled at being chosen for it, however it does not change anything for me. I will continue my work as long as I am able to, my reward is the pleasure I get from contributing towards my culture and towards the community”, said Dr Bandopadhayay with conviction.

“We are lucky to be living in multicultural Australia and if I was to get a second chance to settle anywhere in the world, Australia would still be my first choice”, he concluded proudly.