New organisation for doctors of Indian heritage in WA 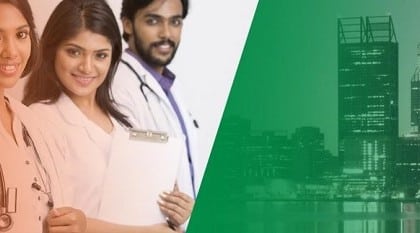 WA Indian Docs Inc, an organisation for doctors of Indian heritage to help them realise their Australian dreams was launched at a Gala Ceremony on 18 February.

The glittering event was held at Novatel Perth Langley and was attended by more than 225 delegates. Dr Mike Nahan, Treasurer, Government of WA; Roger Cook, Shadow Minister for Health; Consul General of India in Perth Amit Kumar Mishra; Dr Paul Boyatzis Executive Director, Australian Medical Association of WA; Dr Rosanna Capolingua, former Federal AMA President; Dr William Hart, Dean, Curtin Medical School were among the noted dignitaries at the launch.
Two charity organisations Children In Need in India – Australia (CINI), and Eastern India Palliative Care (EIPC) were the beneficiaries of the launch.
“Fifteen per cent of doctors across WA are of Indian origin,” said Mr Cook, as he appreciated the contributions made by Indian doctors especially in rural and regional areas of WA.
Dr Mike Nahan paid rich tribute to the doctors of Indian heritage and lauded them for their contribution in keeping Australia healthy. “When the mining boom demanded more health workers, the obvious country with the potential to fill the gap was India” he said. Dr Nahan also predicted that the number of doctors of Indian heritage working in the Australian health work force is only going to increase in future.

Both political parties pledged their support in promoting the cause of WA Indian Docs.
WA Indian Docs is an organisation founded by a group of doctors of Indian origin that aims to involve, nurture, develop, assist and nourish doctors of Indian heritage from across the globe. Memberships are open for every doctor, dentist, medical and dental students in the community.
Dr Sunny Baruah, the founding president of the organisation highlighted the need to collaborate and integrate into the Australian system.
A cheque of more than $2500 raised for the two chosen charities; Children In Need in India – Australia and Eastern India Palliative Care were also presented. “We are heavily involved with national and international charities and would like to continue to support their cause with your support and membership” said Dr Sayanta Jana, the General Secretary of the newly launched organisation.
Further details for the memberships and their activities can be found at www.indiandoctorswa.org.au