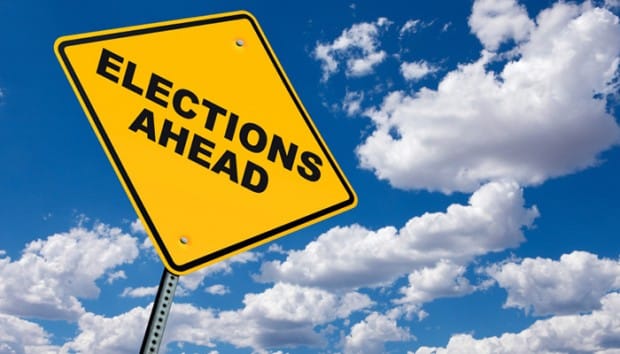 Reading Time: 6 minutesPassion for community work and a desire to effect change appear to be motivating factors for the Indian-origin Australians in the fray at this year’s state elections.
Sukrit Sabhlok, Rajni Anand Luthra and Royston Rebello report

What convinced these candidates to join the party of their choice?

Raman Bhalla: The Liberal Party has pretty much the same values as those that we have grown up with in the Indian culture. I found the same emphasis on encouraging people to work hard, encourage family life, encourage entrepreneurship. I could directly relate.
Susai Benjamin: I’ve been a member of the ALP for 25 years, though this is the first time I’m running for State election. It’s a party that stands for commoners, the vulnerable, the disadvantaged; bringing social justice to all. In recent years, we have had a few problems, for sure. But we’ve reformed now and are presenting a new approach to NSW.
Reena Jethi: To join any organisation it is important that you have common ideologies and philosophies. I am a strong advocate of Liberal Party values. The Liberal Party is the party of enterprise, of reward for initiative and entrepreneurial spirit. The core belief of any Liberal is that the individual, through their own drive and effort, can achieve anything they put their heart to. We believe in giving everyone the opportunity to achieve what they want through a strong educational platform, which I am passionate about as a teacher. I saw the remarkable growth and development in infrastructure under the Howard Liberal Government which resulted in financial stability, growth of small businesses and employment opportunities for all. I and countless others are living proof of who have benefitted from the wonderful opportunities provided by the skilled migration programme, and it is the values imparted by the Howard Government which inspired my choice.
Vinay Kolhatkar: Of all the political parties, the LDP is the single biggest, most consistent, pro-freedom party and personally, the closest to my ideals. The LDP would sit strongly in the first quadrant of Vote Compass as a party that supports social freedom (euthanasia, gay marriage, medical marijuana etc.) and economic freedom (proper, non-crony, non-favouritism Capitalism). There is no other party that does that.
Atul Misra: My views are diverse and so I chose not to align with any party’s philosophy. I’ve called Griffith home for the past two years. People tell me we need doctors representing us, not politicians. I was convinced that to make a change, one needs to get involved. We have a good Indian representation here and I’d like to see the area capitalise on its multiculturalism.
Balaji Naranapatti: I am passionate about the environment and do believe that NSW must respond to Climate Change in a proactive positive way. While both old parties in NSW talk about the environment, the Greens are the only party to actively and consistently support renewable industry and other policies on climate change. Concluding that the best way to contribute would be to actively participate in the political process, I joined the Greens in 2007. I have since had a fantastic experience with inner party grassroots democracy driving policy.
Charishma Kaliyanda: The ALP is a party that shares my beliefs and values. Looking at the opportunities I have had myself, particularly in terms of education and health, I’m sorry to see these doors closing now, in terms of vocational education for instance. At a broader level, I affirm the party’s vision for the state. I also stand firmly against the privatisation of assets – the best and most effective use is in public hands.

The campaign trail is a rough and challenging one, which certainly needs the benefit of strategy to reach out to as many voters as possible. How did the candidates deal with this aspect of the elections?

Susai Benjamin: It is 10pm now, and I’ve been up since 5am. I’ve door-knocked as much as possible. I’ve met and spoken with people at community functions, railway stations, places of worship, shopping centres…
Reena Jethi: As a candidate to the Upper House, the whole of NSW is my electorate. As a resident of Baulkham Hills, I strongly support David Elliott, my local Member of Parliament, the Liberal Candidate for Seven Hills Mark Taylor, the Liberal Candidate for Blacktown Raman Bhalla, the Member for Riverstone Kevin Conolly, the Member for Granville Tony Issa, and the Member for Parramatta Geoff Lee. I am actively campaigning with a focus on the Baird Liberal team’s policies on education, ageing and women. I am working right across Western Sydney for every vote and will continue to do so right up until 6pm on 28 March. With ten days to go for elections I will make the most of every given opportunity to reach out to people and bring them on board with the Baird Liberal Team.


Vinay Kolhatkar: We have a number of strategies for getting the message across. Primarily, we are extensively using social media and other marketing channels. David Leyonjhelm, the party’s Federal Senator, uses his profile across various media – radio, TV, social media, print media – wisely and extensively to promote liberty as well as to get people to understand it. The party has also been meeting people and distributing pamphlets to educate the Australian public on economic freedom, how important it is for all of us, and how it links inextricably to prosperity.
Raman Bhalla: I’ve door knocked some 1000 homes! I’ve received overwhelming feedback, such as, I’m the first (and only) candidate in the area to have done so. I’ve engaged extensively with community organisations, and by now, I can confidently say I know my electorate really well. I’ve lived in the area for ten years and have been quite involved at various levels, even played cricket here! It’s a beautiful and colourful community here in Blacktown. Roughly 10 per cent is Indian-origin, but we have a multitude of cultures here. I’m particularly enjoying the campaign at this final stage, with only ten days to go.
Atul Misra: As an Independent campaigner I’ve tied-up with other candidates who also share similar views. People find my views interesting and I have been interviewed by publications and radio channels. If you call me, and you want my opinion, I will tell you, but my opinion doesn’t matter much – collectively our opinion will matter.
Balaji Naranapatti: I visit public places such as shopping centres and railway stations to handout policy flyers and candidate cards. This gives me an opportunity to interact with people on one and answer any questions they may have. I have provided policy statements on health and transport to the local media. My Facebook page details some of the key NSW Greens policies.

Charishma Kaliyanda: I’ve been campaigning since last July. Doorknocking allows me to get an insight into the specific concerns and issues that face people. On the weekends I phone bank extensively, calling in to people who are not otherwise available through the week. I meet with people at railway stations, community functions, and have organised street stalls. I use social media extensively – Facebook, Twitter, my website.
Indira Devi: Being an Independent campaigner and not affiliated to any party, canvassing is difficult. I cannot spend loads of money. I do not have volunteers. My immediate family and friends are helping me. We start off around 6am in the morning and go on till sun down. We walk and go door-to-door meeting residents, distributing brochures and understanding their concerns. It’s a nice feeling. We walk a lot. And it keeps me fit!
Mahesh Pundpal: I am campaigning online and via social media.
(The prize for an ad that tries hard to reach out to subcontinent communities, must surely go to Greens candidate Sujan Selven (Prospect). A cricket playing Tamil refugee, Selven is shown twirling a ball and proclaiming: NSW Liberals selling off publicly owned electricity assets? That’s just not cricket)


READ : More about the candidates and their future