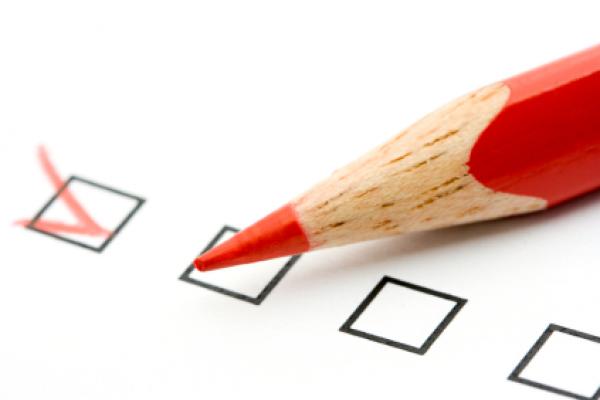 An Indian Link survey on the voting patterns within the Indian community, ahead of the NSW state elections on 28 March, has revealed support for the Liberal-National Coalition.
Of respondents in the online survey, 45% voted in favour of the current government, while the ALP found support with 35%. The Greens and fringe parties claimed 9% of the vote. Undecided voters accounted for 11% of the sample.

Held between Tuesday 10 March and Tuesday 17 March, 178 people participated in the survey. The bulk of the respondents fell in the combined age groups of 26-35 years and 36-45 years. In terms of geographical spread, the majority of the respondents came from the Western suburbs region, followed by the Parramatta/Hills district and South Western suburbs. The Northern Beaches and Eastern Suburbs regions showed low representation.
Traditionally the Indian community vote has favoured the Labor Party which is perhaps more in tune with the Indian cultural ethos favouring health and education. As the community matures from the working class migrant group to those establishing, growing or being involved in small businesses, there seems to be the emergence of a shift away from Labor towards the Coalition.

And this time round, it seems that the Indian Australian community is largely satisfied with the first term performance of the Liberal Party.
Results reveal that a major point of difference between the two leading parties is the sale or lease of electricity assets to fund infrastructural investments in the NSW economy. The Labor case that such a sale will increase electricity prices has failed to wash over the community, and the Liberal policy of the lease of the ‘poles and wires’ seems to have been accepted. But beware, Liberals, this acceptance is not unconditional: from the comments on the Indian Link survey website, it is clear that the community is keen to see the windfall from this sale (or lease) invested back into roads and infrastructure, health and hospitals and education. Mining did not seem to be a major concern as most respondents, as per their disclosed postcode, were largely in metropolitan areas. There seemed to be satisfaction in the fact that NSW is a booming economy. Housing affordability, though, was a frequently mentioned area of concern.
In the preferred Premier question, current Premier Mike Baird had a greater visibility and took over 61% of the vote. The challenger, Labor’s Luke Foley, in spite of a very short time at the helm, took 39% of the votes.

It appears that for the average Indian Australian voter, policy issues more than anything else, were central to the voting decision. 72.13% of the respondents indicated this, while a much smaller number, 15.57%, leaned on the personalities of the leaders. Only 12% based their voting decision on close contact with their local member. (One respondent’s comment in this regard however is particularly noteworthy: he wrote in that he was very pleased with the help he received from his local member at a difficult time; he also noted that this experience was different compared to access to his local politicians in India. He advised that Indian-origin voters, especially seniors, should not hesitate to seek the assistance of their local members in resolving issues which are of concern to them.)
There were widely differing views on whether Prime Minister Tony Abbott’s performance influenced voting decision. Only a third of the surveyed sample said that it did in fact have an influence on their voting decision. It seems that the NSW Indian community is marching to the beat of state and local issues and Canberra has made little difference. (“Bunch of clowns in Canberra,” wrote in one respondent, “But I am happy with the way NSW is charging ahead.”)

On the question of whether they were satisfied with the manner in which the leading political parties are reaching out to the ethnic communities, 42.48% felt that there can be greater engagement while 37.7% felt that they had sufficient contact. For just under 20% it was not an important consideration. “I am Australian and I see no reason why the political parties need to pander specifically to the ethnic minorities,” was one comment made.
In an interesting observation, however, the large community endorsement for the Coalition notwithstanding, a substantial number of respondents (40%) felt that the Labor Party would work best for the Indian community while only 31.15% expressed confidence in the Liberal Party in this regard. By way of analysis here, we invoke the theory that Indian voters are seasoned political animals who are able to sift through the facts presented to them and make a meaningful decision. They bring with them, as they migrate to this country, the mature and informed attitude towards exercising their democratic rights that has guided their own native democracy for some 70 years. It is the bigger picture that determines voting behaviour for the Indian-origin voter, with the final decision being made on issues that influence their everyday lives most directly. The issues here, are those that relate to economic stability, over and above a narrow ethnic identity.

While our study of the Indian community’s voting preferences is by no means an exact reflection of the community at large given our small sample size, it is certainly indicative of trends at this stage of the campaign. The substantial number of ‘undecideds’ yet again is a telling reminder of the manner in which the Australian electorate has been going about its electoral decisions in recent times. The actual decisions are not crystallised until those final moments, leaving the field open for the more persuasive candidates to get in there and make their case.
The community feedback seems by and large consistent with mainstream polls. The desire to entrust the economic management of the state to capable hands, as well as have state policies explained to them meaningfully, seems to have found favour within the community. The maturity shown by the Baird government in sharing their plans and vision is in sharp contrast to the post-election slash and burn options radically announced by the Federal Coalition. Perhaps it is this respect shown to the ‘consumers’, that is paying dividends for Mike Baird and his team.