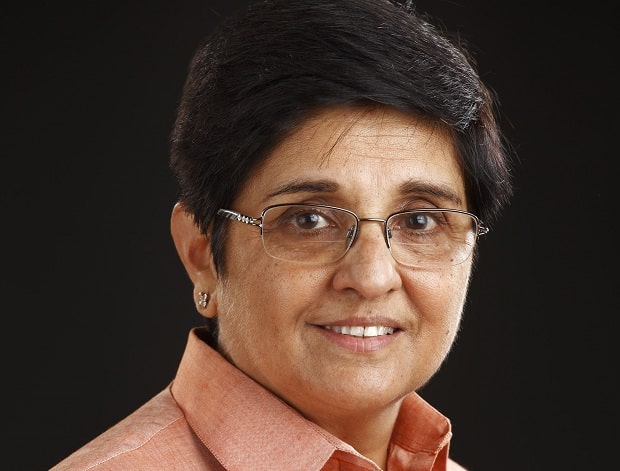 Reading Time: 3 minutesJust a dollar a day can change the lives of disadvantaged children living with their prison inmate parents, reports AMIT DUTT

‘Change for change’, is how Dr Kiran Bedi described her concept on bringing about an improvement in the life of a child through one of her charities, India Vision Foundation (IVF).
“Small change put aside every week can accumulate into a few hundred dollars by the end of the year. This is enough to rebuild the life of a child of an inmate in jail and provide them with education to bring them into the mainstream of everyday life,” said Dr Bedi, while addressing a gathering of keen sponsors for IVF in Melbourne.
India Vision Foundation is the brainchild of Dr Bedi, and was born when she received the Ramon Magsaysay Award in 1994. It began its work inside Tihar prison by setting up a bread-making unit for the welfare of the inmates. Soon it identified the most vulnerable of the lot in the prison system, children belonging to families where a history of criminality and imprisonment exist. “These children are at the highest risk of being negatively influenced, growing up in the prison amongst hardened criminals and becoming one of them,” stated Dr Bedi, describing her experience with children in the prison.
In India when a mother goes to jail, her children are allowed to live with her in prison until the age of six. However, nothing changes after that age, with children continuing to live amongst convicted killers and arsonists in the jail system. “Someone needed to break the cycle,” said Dr Bedi. “At 6 and after, a child’s mind is very tender, absorbing every bit of information and the happenings around them. So much so, that by the time these children reached the age of 8 to 10, they were well versed with the Indian Penal Code (IPC) and the convictions attached with each section of the IPC”. A very disturbing thought indeed, on the kind of citizens we are bringing up in the country.
Starting from humble beginnings, the first step was to initiate a welfare program for such women and children in Tihar Jail. The crèche-cum-training program began in collaboration with IVF’s sister concern Navjyoti India Foundation (NIF). Working closely with donors with the sole aim to rehabilitate the children of prison inmates (above the age of 5 years) through residential schooling, the foundation has been working hard to nurture the talents and interests of these children through constructive training programmes, to inculcate in them social, moral and ethical values and responsibility.
“Contributing a dollar a day will go a long way not only in supporting these children, but making a future for them and turning them into responsible citizens. In fact, we have children coming out of this programme who are now qualified engineers and chefs, putting their share back into the programme,” claimed Dr Bedi. So what does she see in the future, for this programme? “Well, it will depend on people who want to do the right thing and invest in the future of these kids and pull them out of this vicious cycle of crime and imprisonment. With administration cost of less than 15% of your donation, we make sure that bulk of the contribution lands up for the kid,” reiterated Dr Bedi.
With these words, Dr Bedi shot off to one of her many speaking assignments. An inspiring day indeed, in the company of the Iron Lady who showed a side little known to rest of world. IVF was launched in Australia in 2012, for more information contact Ranjana on 0401 000 600.