Cricket will never be the same again 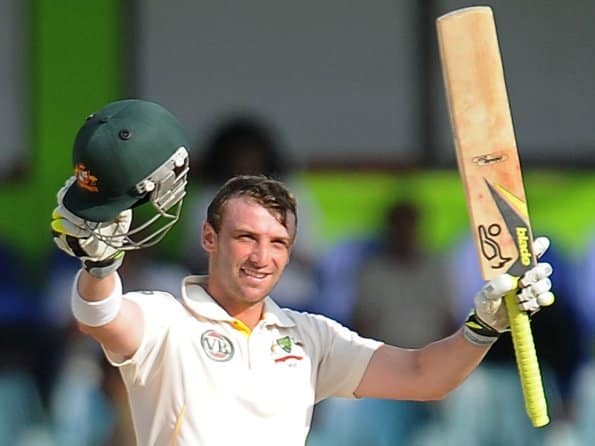 It is manifestly unfair that two young lives should be forever intertwined in such tragic circumstances. Phillip Joel Hughes was the 25-year-old country boy who scaled the heights of the cricketing world, broke several records along the way, and responded to the crushing lows of multiple demotions in the only way he knew how – by piling on the runs. Sean Anthony Abbott, the 22-year-old from Western Sydney who only recently made his rise to the top and remains a significant figure in Australia’s limitless pool of talented fast bowlers. It is heartbreaking that only one of them can continue his journey; and further heartbreaking still, that significant obstacles now lie in his path.

When Hughes was struck with what would eventually be a fatal delivery, his mother and sister were watching on in the stands at the Sydney Cricket Ground, the scene of several of his most treasured moments. As he paused and leaned on his knees for a few seconds, appearing winded and dazed at worst, it would not have been in their – or anyone’s – wildest contemplation that events would then take such a devastating turn.

As he fell forward unrestrained, his head colliding with his beloved and former home turf, the shockwaves would have been especially chilling for his devoted family as they helplessly watched on. It was at this point, as his former NSW teammates started frantically calling for an ambulance, as hardened Baggy Green veterans David Warner and Brad Haddin grew increasingly disturbed and distraught, and as the desperately unlucky Abbott cradled the head of the batsman whom he felled, that the gravity of the impact became clear.

Even as it stood then, cricket would never be the same. But the passing of Hughes just two days later has ramifications that will be more far-reaching than previously imaginable, even though Hughes is not the first cricketer to die from injuries sustained on a cricket field. That list is significant, the most recognisable name being former Indian test cricketer Raman Lamba, who died after being struck by the ball while fielding at short leg.

Hughes’s passing resonates at an unprecedented level for several reasons. He is the first Test batsman to die from a blow sustained while batting – with or without a helmet.

In over 135 years of test cricket, there is no record of such an event. His passing also casts significant doubt over the trust placed by today’s batsmen in their protective equipment; in the modern era, batsmen fearlessly attempt shots in full reliance on the fact that if they get it wrong, they face bruising or, at worst, a fracture. In addition, given Abbott’s youth and the fact that the incident occurred in a domestic game, bowlers and batsmen across the country at all levels will now have second thoughts about bowling and playing bouncers respectively.

There have been the inevitable calls for bouncers to be outlawed. But as described by the head of trauma surgery at Sydney’s St Vincent’s Hospital where Hughes was treated, Hughes’s injury, while “catastrophic”, was “very rare and very freakish”. So much so, that the injury Hughes sustained – a vertebral artery dissection leading to subarachnoid haemorrhage – had never before been seen at the hospital, with only 100 cases ever reported worldwide.

It was an incredibly unlikely combination of so many factors: the pace of the pitch, the level of wear and tear on the ball, the relative fatigue levels of both batsman and bowler, Hughes’s search for quick runs and even the rain-free week leading up to the match. Unequivocally, it was no-one’s fault.

The bouncer has perennially been a part of the game, a vital weapon at the bowler’s disposal. It is not devised to hurt the batsman: it pushes the batsman back, induces uncertain footwork and false strokes. Until the recent resurgence of fast bowling, there was even an unspoken code between fast bowlers not to bowl bouncers at lesser batsmen.

If any positive can come out of such a tragic situation – as is often the case – it is dialogue and humanity.

There are many areas to address. An inquiry into the adequacy of helmets that fail to address the most glaring deficiencies in the human skull is paramount. The incident reignites the debate regarding cricket’s long-time disregard for a concussion rule. Importantly, a review must be conducted into absurdly dangerous television segments on programs such as the Cricket Show and the promotion of dangerous conduct on the cricket field.

In a now infamous television stunt, Brett Lee furiously hurled 150 km/h bouncers at English TV host Piers Morgan in January, clearly aiming to injure him, under the guise of (in Lee’s own words) “educating” the public. Although Lee has expressed understandable grief at Hughes’s passing, Lee’s, and Channel 9’s, willingness to risk a man’s life in a sadistic pursuit of viewership must be closely scrutinised.

However, it is the quintessentially human elements of the accident, rather than public debate and policy reform, that will shape how those closely affected by it will emerge. The significant counselling offered to Sean Abbott and other cricketers has been widely reported. Cricket Australia’s determination to focus entirely on Hughes’s family and teammates is commendable, despite the insensitiveness of the Indian journalist who asked, during the first St Vincent’s Hospital press conference, whether the first Test against India would be going ahead.

And there is renewed recognition that “tragedies” in sport – Michael Clarke’s torn hamstring, Bradman falling for a duck in his final innings, Tendulkar failing to reach a century in his 200th Test match – are so far removed from the concept of true tragedy, that they are inconceivably irrelevant.

The incident may haunt Abbott forever, but it is widely acknowledged that Hughes would be the first to forgive him. An imminent return is perhaps unlikely, but the public and Abbott’s teammates will open him with welcome and caring arms when he resumes his career.

Phillip Hughes was taken from us too soon. He will be missed.