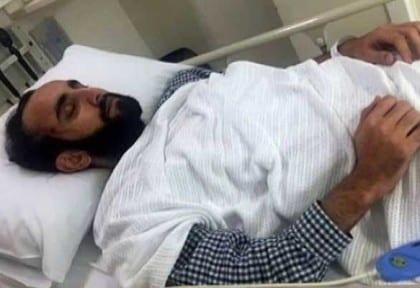 Pardeep Singh, 25, was beaten by two passengers at the Sandy Bay McDonald’s drive-through on Saturday night, 20 May. Singh said he was attacked when he asked the woman passenger to step outside the cab as she was going to throw up, Tasmania’s Mercury newspaper reported on Monday.

“Please get out of the car… If you mess up the car you have to pay a cleaning fee,” Singh told the woman.
Singh said the passengers started abusing him and the woman told him in an expletive-filled rant that she wouldn’t pay the fare or cleaning fee.
“They punched me too many times and kicked me,” Singh said. “(They said) ‘You f…..g Indians deserve this’.”
Singh was admitted overnight to the Royal Hobart Hospital.
Police official Ian Whish-Wilson said the two passengers were charged in relation to the assault on Singh.
“There was a dispute over payment and it is alleged the passengers assaulted the driver and damaged the vehicle,” said the police official.
“It was alleged a racial comment was made during the assault but it does not appear that the incident was racially motivated,” he said.
The passengers – a 21-year-old Sandy Bay woman and a 25-year-old Kingston man – were charged with assault and injuring property and will appear in the Hobart Magistrates Court on June 26.
In March, Indian cab driver Li Max Joy was assaulted by four teenagers in Tasmania and a third driver of the community was assaulted by four men in June last year.
The police official said the charges in this case were laid in relation to the March assault on Joy but no “special investigative unit” was established.
Singh, who is studying hospitality, said he will not drive taxis again “because it’s so dangerous”.
The bashing is the third attack on Indian taxi drivers in the state in less than a year.