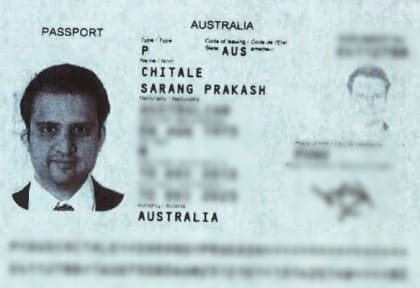 The Australian Indian Medical Graduates Association (AIMGA) has condemned the actions of an Indian-origin man who was caught masquerading as a doctor in NSW.
The association said in a release, “We at AIMGA are disturbed and concerned about the recent news of a person who with an allegedly stolen identity managed to enter Australia and with false documentation acquired medical registration and went on to work fraudulently as a Junior Medical Doctor in the hospital system in NSW over a period of 11 years.”

AIMGA President Dr Sunil Vyas told Indian Link the actions of the man indirectly taints Indian doctors as well as the Indian community.
“Posing as a doctor is one thing, but actively practising as one and performing invasive procedures could well be physical assault,” he said. “This person provided opinion that patients relied upon, and thus put them at risk.”
However Dr Vyas admitted the case was not common.


“What’s reassuring is that APHRA (Australian Health Practitioner Regulation Agency) is very stringent in assessing and granting of registration status both to locally and overseas trained medical practitioners.”
“We have no information of whether this man had medical background of any sort,” Dr Vyas said. “It was only in the last three years apparently that his actions became suspicious.”
The con artist Shyam Acharya, who stole the identity of UK-based rheumatologist Dr Sarang Chitale, has since been located in India and faces a $30,000 fine upon his return. The NSW Health Minister Brad Hazzard has announced an inquiry and said he wants to seize Acharya’s $1.5 million North Ryde home.

Cardiologist Dr Yadu Singh, a commentator on Indian community affairs in his role as President of the Federation of Indian Associations of NSW (FIAN), said the punishment should be more stringent. “Not just fines, a jail term should also be given to fake doctors,” he declared in a media release.
“It is not for us to decide punishment,” Dr Vyas said. “It is up to the legal system to do that. But we strongly support the Minister for Health and the regulatory authorities at both state and national levels in their efforts to investigate this matter so that such incidents do not occur in future and to maximise their efforts in bringing the alleged miscreant to face justice.”
He added, “Indian origin medical practitioners have a long history of honourable and ethical service not just in Australia but also worldwide.”

Doctors must surely be one of India’s largest exports, a doctor at a recent AIMGA event declared. (“No city is complete without a Chinatown and Indian doctors,” he joked.)
“It is interesting to note the second case that emerged recently of a fake doctor in Melbourne practising unregistered at a cosmetic clinic,” Dr Vyas observed. “The clinic will be liable there, but this man faked his documents to get registration and so his crime is a lot more significant.”
- Advertisement -
Share
WhatsApp
Facebook
Twitter
Linkedin
Previous articleEnding the silence
Next articleRemarkable kathak: Nirupama and Rajendra