A separate ballot box for each candidate! 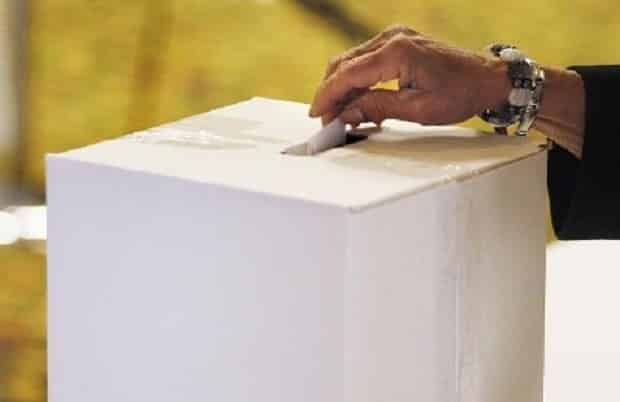 Did you know that in the first general election in India, held over a four-month period in 1951-52, voters were given differently coloured ballot boxes for each candidate in which to cast their vote?
India’s first Election Commission had very thoughtfully kept in mind the large population of illiterate voters – literacy level was just 16 percent then as compared to 73 percent now – while deciding on the balloting system.
At polling booths, each candidate was allotted a separate ballot box, differently coloured, on which each candidate’s name and election symbol was labelled.
“A voter had to simply insert the ballot paper given to him in the ballot box of the candidate of his choice in the voting compartment,” writes former chief election commissioner S.Y. Quraishi in his book An Undocumented Wonder: The Making of the Great Indian Election (Rainlight, Rupa).
Even as the country is in the midst of its 16th general election spread over 36 days and 10 phases, what is not known are the challenges the fledgling democracy faced in conducting the country’s first general election in 1952, that was spread over four months and 68 polling days, or phases, says Quraishi.
The elections were held from Oct 15, 1951, to Feb 21, 1952, for an electorate of over 173 million (173,212,343). The first phase was held in the assembly constituencies of Chini and Pangi in Himachal Pradesh, before the onset of winter, while the final 68th phase was held in Uttar Pradesh.
The ballot papers were printed by the Election Commission at the Government of India Security Press at Nashik, where the Indian currency notes were also printed.
The first general election had a total number of 1,874 candidates, including 533 independents, compared to 8,070 candidates in the 2009 election. The number of political parties participating were 53, including 14 national parties. The 2009 election saw 363 political parties participating, which included seven national parties and 34 state parties, with the rest comprising unrecognised parties.
“As many as 196,084 polling stations were set up throughout the length and breadth of the country, of which 27,527 were exclusively reserved for women,” he says in the book. Of the 173 million electorate, 105,950,083 voted.
After the votes were counted and results declared, the first House of the People was constituted by the Election Commission on April 2, 1952.
More than 60 years later, India’s electorate now stands at over 814 million. The country is holding 10-phased elections, from April 7-May 12, 2014, for the 16th Lok Sabha. India’s literacy level stands at over 73 percent.
To help out in the election process, a provision was made under Section 159 of the Representation of the People Act, 1951, to allow the employees of local authorities and government servants to be deployed on election duty.
Employees from the private sector were deliberately kept out, writes Quraishi.
But as the size of the electorate and elections grew, the poll panel found the number of government servants inadequate. In 1997, Section 159 was amended to include the services of employees of state-run universities and other government institutions as well as public sector companies to add to the human force needed.