Home Arts From Vel to Ezekiel to Capote 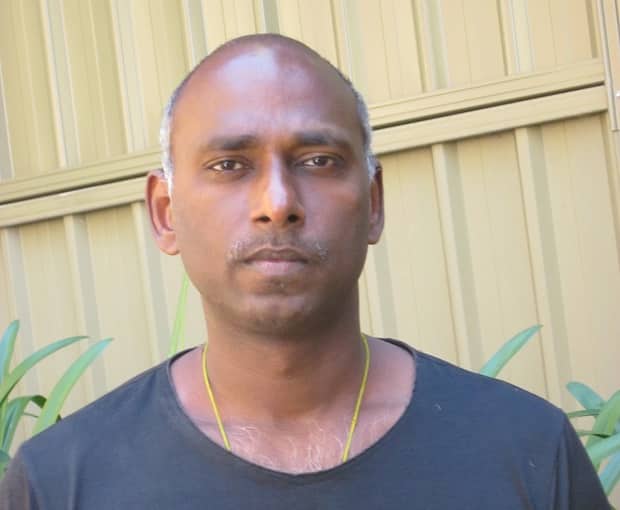 Vel Subra is the first non-Caucasian to perform the role of Truman Capote, the novelist and literary giant of the 1960s and 1970s, who created classics such as Breakfast at Tiffany’s and In Cold Blood. Subra, under his stage name of Ezekiel Day, is the sole actor and director of the one-man play TRU, which captures the life of troubled, but brilliant Capote. The novelist’s personal life was characterised by a mixture of chaos, literary genius and irony. Born into a chaotic family life, Capote’s early life was marked by the early divorce of his parents, loneliness and change.

Despite his turbulent past, Truman Capote was an extremely focused writer and published Breakfast at Tiffany’s in 1958, followed by the highly successful In Cold Blood – which shot him to national and international fame. Following great success with his writing, Capote found himself a celebrity, mixing with those in the highest social circles, and appearing on television.  However Capote never felt comfortable with what he observed and in a novel titled Answered Prayers, he sought to expose his observations of the personal lives of those with whom he found favour. The book was never published. However, Capote did allow excerpts of the book to be published in Esquire magazine in 1975. This was an act of social suicide and led to Capote being excluded from the social scene that had embraced him and given him both recognition and fame. From this point, Capote slid into a life of drug abuse and dependence on alcohol, dying of liver cancer in 1984.

A quintessential American character, whose life was played out in the changing American post-war culture, Capote’s life in play has only ever been taken on by Caucasian actors. The problem facing Subra as an Indian actor, has been to bring to the stage a sense of reality in a way that who he is, is not a factor in his portrayal of the character of Capote.

For Subra, the role of Capote has been a journey of self-discovery. Born in Tanjore in south India, Subra lived in Singapore for a number of years prior to travelling to Australia and living in both Melbourne and Sydney. “I found that through my acting and in moving between nations, life is a search for belonging and place,” says Subra. In Australia, Subra acts under the stage name ‘Ezekiel Day’, choosing it as he found that his actual name ‘Subramaniam’ would close doors, as Australian theatre has been notoriously colour-blind. “In taking on this role, I have directly imposed myself against the cultural bias I have faced. The motivation for the performance is however, much deeper than simply making a statement about how an actor can find a place, when no place is on offer,” reveals Subra.

As a theatre practitioner, Subra has been inspired by Cate Blanchett in her performance as Bob Dylan. In this case Cate was so convincing in her male role that she won a Golden Globe. Cate has observed the approach to work taken by brilliant Indian director Shekhar Kapur who begins his work with prasadum – the making of an offering to the divine, prior to undertaking a task. So too does Subra, who takes a spiritual approach to his craft, while seeking to transcend boundaries.

“The role of Capote is extraordinarily demanding and risk-laden. A less than convincing performance would not do me any favours, and it is thus, a considerable gamble,” admits Subra. “However, I have embraced the challenge and in doing so, I seek to inspire others,” he states determinedly. Subra originally played the role of Capote in Singapore in 2012, where it was a success. However, Singapore is a less risky performance space as the audience are more exposed to cultural diversity, than they are in Australia.

Risk has been mitigated somewhat through extensive research. “Over a period of seven months, I have studied the works and the mannerisms of Capote, practising his voice, gestures, use of words and accent. The aim, of course, is to bring authenticity to the performance,” claims Subra.

Subra is placing himself into an unmediated space – the only actor and director in a play that lasts 100 minutes. Here we have Subramaniam Velayutham, with stage name Ezekiel Day, playing Truman Capote, who himself was born as Truman Streckfus Persons. The only question that remains is whether Subra can find himself and in that sense, truly ‘arrive’ in Australian theatre.

He who seeks to transcend cultural boundaries with a performance premised on an offering to the Gods may have his prayers answered.

TRU will be staged on December 9 and 10, at 7:30pm at the Parade Playhouse, (NIDA) National Institute of Dramatic Arts, 215 Anzac Parade, Kensington. Call 1300 795 to book or visit ticketek.com.au