Home Travel Free as a bird 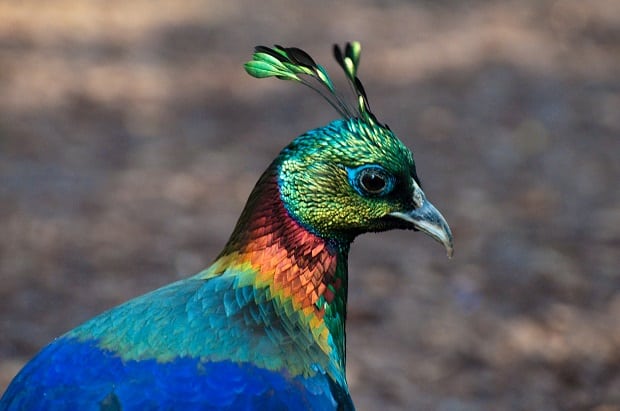 Often the birth of a country can be a long and painful process, as was India’s that stretched over a hundred years. It can also be very violent as in the creation of Bangladesh. One thing common to all countries is that as soon as they are formed, they must have a national flag and anthem. These become a symbol of national identity and unity, and provide a rallying point for the people of that nation. What is interesting and often overlooked is that, for some curious reason, all countries also have a national bird. It’s almost as if having a national bird is a necessary condition to becoming an independent nation, and a must-have symbol of sovereignty. For instance, we know that the emu is the national bird of Australia.

Countries of south Asia are no exception in having birds as part of their national symbols. Not surprisingly, the topography of a country’s landmass will be a major determining factor on the types of birds to be found in that country. A country such as India has a very wide variety of features ranging from high mountains, plains, deserts and coastal ranges. So one would naturally expect to find a large variety of birds in India. Bangladesh on the other hand is low-lying, marshy and dominated by the deltas of great river systems. The variety of birds there includes a large proportion of birds that rely on water systems. But the bird that is chosen as the national bird of Bangladesh is the oriental magpie-robin. Mainly black with some white markings and the tail like a robin’s tail, they are not large. The most notable feature is their clear, pretty song which they sing when perched on a branch.

Bearing in mind the historical association of falconry with the great Moghul emperors, I had expected to find that the national bird of Pakistan would be a falcon. A common theme in Moghul miniature paintings is that of a falconer in the presence of an emperor. Yet, the national bird of Pakistan is, in fact, the Chukar partridge. These ground-hugging birds live by foraging in bushes and undergrowth, and the colours of their feathers provide perfect camouflage against prey. But Pakistan also has an ‘unofficial’ national bird; and yes, it is a falcon – a Shaheen falcon. Its main features are the sharp, beady eyes and the typically hooked beak. Black head and matching feathers just go to confirm the no-nonsense character to be expected from a falcon.

The national bird of Sri Lanka is the Sri Lanka junglefowl. This beautiful bird with striking colours is native to the country. Proud as the proudest cockerel, this bird has magnificent shiny purple-black tail feathers that are perfectly poised. A red comb with a yellow centre is on its head, and its mane and body plumage ranges from golden to orange red. It’s easy to see this bird as the master of its flock. In keeping with the natural order for survival in birds, the female is a dull brown grey giving it the perfect camouflage for nesting while the male as protector, in all its colours, is easily visible to prospective enemies.

The unbelievably colourful Himalayan monal or danphe is the national bird of Nepal. The colours on this bird make it look unreal. I saw them in Nepal at around 3,700m just before dusk, which is the time these shy birds come out. After a tiring 9-hour trek, just a look at these multi-coloured birds was a very welcome sight. I was thrilled and quite privileged to have seen them in their natural habitat of low bushes and grasses, and on freshly ploughed fields.

We all know that the peacock is the national bird of India. Easily one of the grandest and most majestic of birds, the peacock has been an inspiration in song, dance, design and the fine arts. This bird has even been mentioned in the Bible in relation to the Queen of Sheba. Country houses and palaces in all of Europe regularly had peacocks on their estates. This bird was the inspiration for the sensational Peacock Throne built for Emperor Shah Jahan. The peacock’s large size gives it presence and its shimmering fan of tail feathers is a sight to behold and wonder at.

The question that remains is why countries need to have a bird as a symbol of their national sovereignty. Birds skip, they hop, they are always alert and beautifully groomed; they never have a feather out of place. At a whim, they can fly high into the sky. They seem so free. We see their freedom. Man’s greatest desire is to be free. To have a bird as a national symbol gives people a sense of hope and freedom, and that is something to be cherished by all of us.