Is India missing the wood for the trees on China? 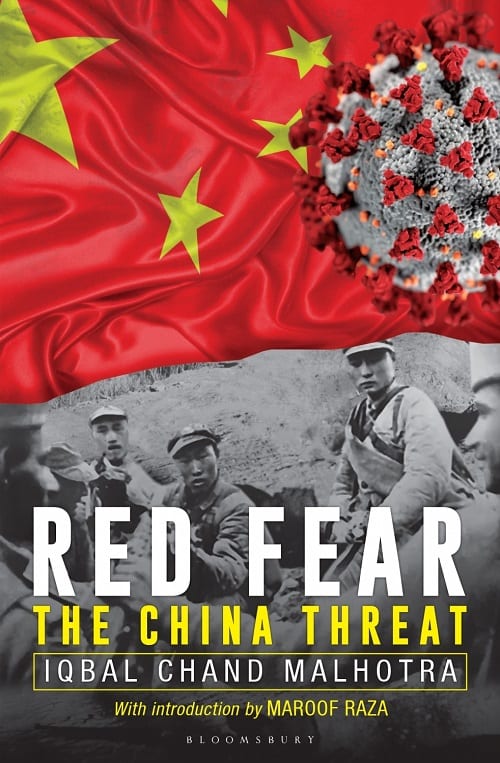 Red Fear: The China Threat delves into history as it traces the genesis of the present troubles. A homily uttered over a century ago – “those who cannot remember the past are condemned to repeat it” by American philosopher George Santayana seems to ring true even today in the face of a prolonged stand-off with China on the northern borders. Or rather, is India missing the wood for the trees?

By the 1860s, Red Fear: The China Threat says, China had been devastated by the impact of opium on its society, the loss to its economy as Indian tea outperformed Chinese tea in world markets and the humiliation of military defeats of its emperors, leading to the permanent presence of British and Indian troops in the country.

Then, in the wake of the Boxer Rebellion (1899-1901), the British placed many cities under Sikh policemen, a presence that was much resented.

In 1949, the Communist revolution brought to power Mao Tse-Tung (Mao Zedong), who never forgot the past and despite a series of agreements (all of them to India’s detriment), launched a full-scale war in 1962 that gave India a bloody nose. India returned the compliment in 1967 when push came to shove as demonstrated by the incidents in the Nathu La and Cho La areas.

The 3,488-km Sino-Indian border has remained un-demarcated since India became Independent in 1947 and while there have been a series of diplomatic engagements since the People’s Republic of China (PRC) came into being two years later, three Prime Ministers – Jawaharlal Nehru, P.V. Narasimha Rao and Atal Bihari Vajpayee – effectively handed over the advantage to China.

That culminated in the Doklam stand-off in 2017 which has persisted in various manifestations since then, and blew up in Ladakh’s Galwan Valley in June 2020, award-winning documentary maker Iqbal Chand Malhotra writes in Red Fear: The China Threat (Bloomsbury), which has an Introduction by noted security analyst Maroof Raza.

Today, it’s not just about a territorial dispute but also about water security and economic domination, the book says.

READ MORE: On China and India in a dominant Asia

Nehru’s signing of an ill-fated agreement on Tibet in 1954 “was the basis from which emerged the institutional policy of Chinese and bullying and intimidation of India” as the pact not only “wrote off” India’s control of Aksai Chin and “surrendered” India’s rights in Tibet but also “wrote off” India’s water interests in Tibet “manifested in the form of the Indus, Sutlej and Brahmaputra rivers” that flow into India from what is termed the “Roof of the World” and “opened up” Chinese claims to Arunachal Pradesh.

Moreover, the agreement let China “usurp both the Karakash River in Aksai Chin and the Shaksgam River in the Shaksgam Valley (in the Balistan-region of Pakistan-Occupied Kashmir). Paradoxically, Nehru surrendered these two national assets for the chimera of friendship with China”, the book says.

Then, in 2003, Vajpayee “also committed a further blunder when he disregarded the impending water crisis and surrendered India’s remaining leverage on Tibet” by signing a second agreement on the plateau and also recognising the Tibetan Administrative Region (TAR), which is a cartographic dismemberment of the original Tibet”, the book says.

As for Narasimha Rao, he brought the concept of the LAC (Line of Control) in Ladakh into being in 1993 by signing the BPTA (Border Peace and Tranquility Agreement), a “folly” that was “successively repeated” with a “continuous stream of deeply flawed agreements” signed in 1996, 2005 and 2013, all of which were a “strategic illusion”, the book says.

“In fact, this should have become abundantly clear” when in 2003, Indian Foreign Secretary Kanwal Sibal met Wang Yi, now China’s Foreign Minister. It was proposed that both sides exchange maps on their perception of the LAC.

“The story goes that Wang opened the Indian map, took a long and detailed look at it, folded it and returned it to Sibal. He provided no explanation and the substance of the meeting ended there and then,” the book says.

While there were subsequent meetings of the Special Representatives since then, “this action of Wang Yi is the basis for the fact that the PLA does not need to limit or temper its freedom of military action in Ladakh”, the author writes.

If one looks at the sequence of events in 2017, India did not attend the first Belt and Road Initiative Summit in May of that year, contending that it encroaches on India’s sovereign rights. China responded within a month by initiating the Doklam stand-off, the book says.

Now for the economic aspects in Red Fear: The China Threat.

“Why is China so interested in penetrating the Indian market and investing in it when India is an enemy country? The answer to this is that the PRC wants to embed itself in Indian society, the economy and social media. Social media influences both the economy in terms of choice and society in terms of opinions. This has created an insidious and vicious choke-grip on the jugular of Indian society. Is this payback for the Indian Navy’s attempted dominance of the Indian Ocean’s choke points (notably the Strait of Malacca through which 80 per cent of China’s oil imports pass),” the book asks.

The People’s Bank of China acquiring one per cent shareholding in India’s largest housing finance company HDFC in the wake of falling stock prices following the Covid-19 pandemic, and the cumulative Chinese investments in excess of $8 million largely in the mobile phones, household electrical appliances auto and infra sectors, as of December 2019, led to the Commerce Ministry amending its FDI policy to protect Indian companies against opportunistic take-overs. Also, growing data-safety concerns led to the initial banning of 59 Chinese apps, including PUBG and TikTok; another 118 were later added to the list.

The Commerce Ministry amendments came into effect on April 22, 2020.

On April 27, a Chinese military vehicle intruded into the Indian sector near rivulet close to the ‘Finger Five’ area along the northern bank of Lake Pangong So in Ladakh. That led to a violent clash on June 15 in which 20 Indian soldiers, including their commanding officer, were brutally murdered.

Since then, the Indian ministers for External Affairs and Defence have engaged with their Chinese counterparts in Moscow on the sidelines of a regional security summit while disengagement talks have also been held between the ground commanders in Ladakh but these have so far been inconclusive.

“How will the cookie crumble, one wonders,” Red Fear: The China Threat concludes.