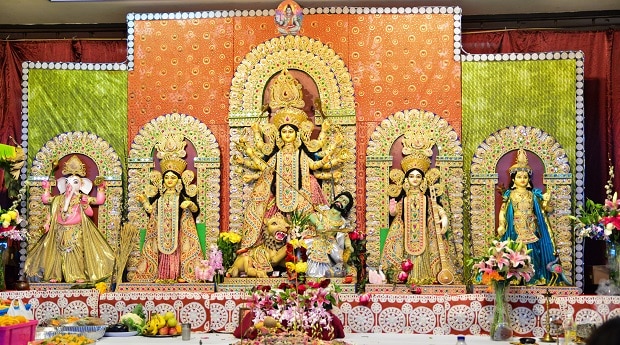 Legend has it that Durga Puja is the celebration of the Goddess Durga’s return to her parental home, her “maika”, Bengal, with her four children; Laxmi, Saraswati, Kartik, Ganesh, his better half Kala-bahu, and the family pet lion in tow. Of course along the way she had to take care of a few business matters and fight off the evil demon Mahish Asura.

It is a final summers dance for the family if you will, before she returns north in time for Lord Ram’s annual Diwali bash (she gets her Diwali saree from Kolkata) and finally makes it back home to her husband Lord Shiva’s frosty Himalayan home, Mt Kailash, for a white Christmas. 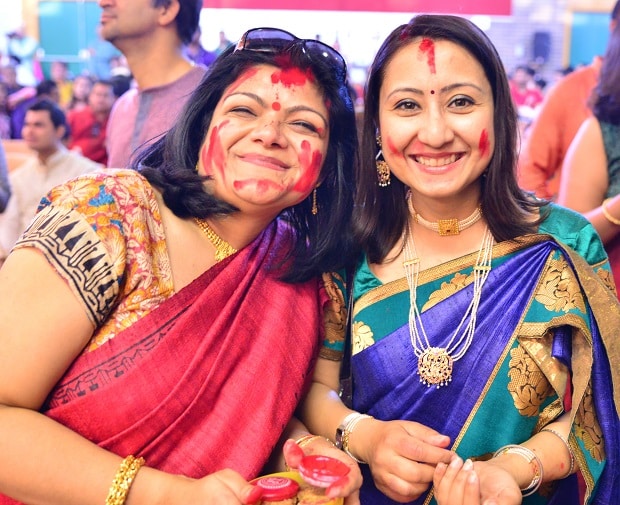 Bengalis do certainly make the Goddess’s return home very special. With elaborate marquees or “pandals” and amazing idols, fine clothes and jewellery, this year’s specialties in India included a Disney castle-themed marquee complete with parquets and a goddess bathed in Rs.10 crores worth of diamonds. Artists are slowly getting more freedom of expression as the audiences’ appetite demands something new, something bold and something mesmerising.

Bengalis have a love affair with Goddess Durga and her entourage, and Sydney is no different! Each year as the Bengali community grows in numbers, so too does the number of pujas in Sydney. This year there were at least six different Durga Pujas in town! 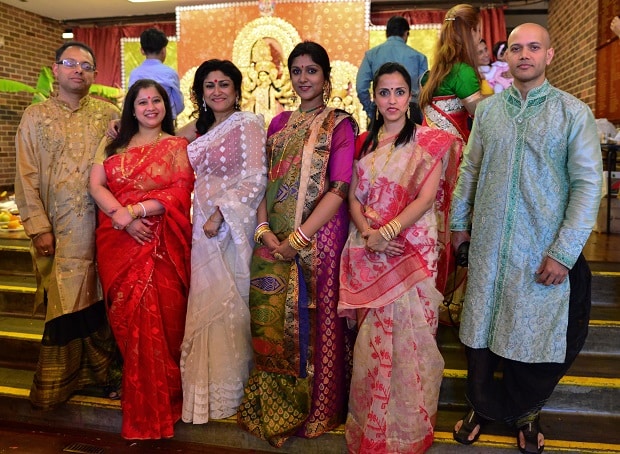 Ladies sashayed in their very finest of sarees, beautiful traditional weaves of dhakai, tant and tussar, no doubt presented by their own parents and in-laws, as per tradition. Not to be left out, men too played their part of Bengali Babus in dhotis and kurtas. 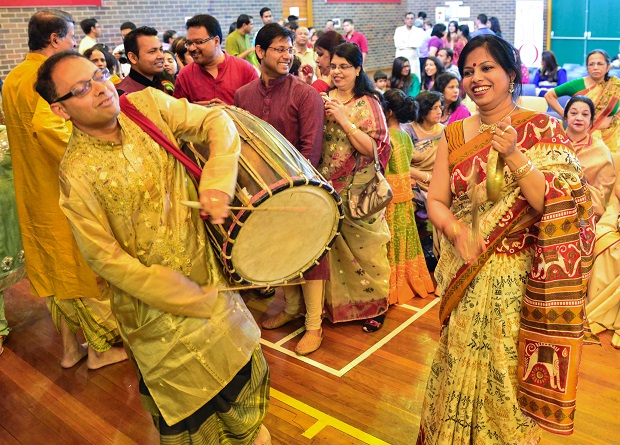 The festivities kicked off on Friday 3 October with an “Ananda Mela”, or a fun fest, at Concord High School, the venue for the Bengali Association Puja. Community members set up stalls to raise funds for causes dear to their hearts. Dahi vada, pani puri, or patishapta, a delicate malai/coconut stuffed pancake along with jhumkas and the best sarees from Kolkata, were just some of the stalls at the fair. 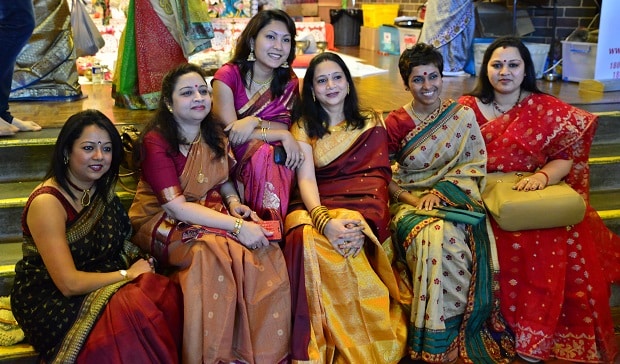 The following fortnight was a blur of “dhak beats” (a Bong version of the dhol) and Durga Pujas around Sydney, including Sydney Uttaran Puja with the magnificent hand carved idol by Mr Partha Das at Baulkham Hills’ Durga Puja, Ramkrishna Mission’s Durga Puja, and Sydney Utsav with another hand-carved gem by Mr Ashish Bhattacharya. It was dance, music, food, fairs and lots of fun.

Let’s hope this beautiful tradition continues each year with flair for a “maika” as a very special place for a woman. It’s warming to see newer generations carry a torch lit so many years ago by the first migrants who dreamed of passing on and embedding this beautiful culture. 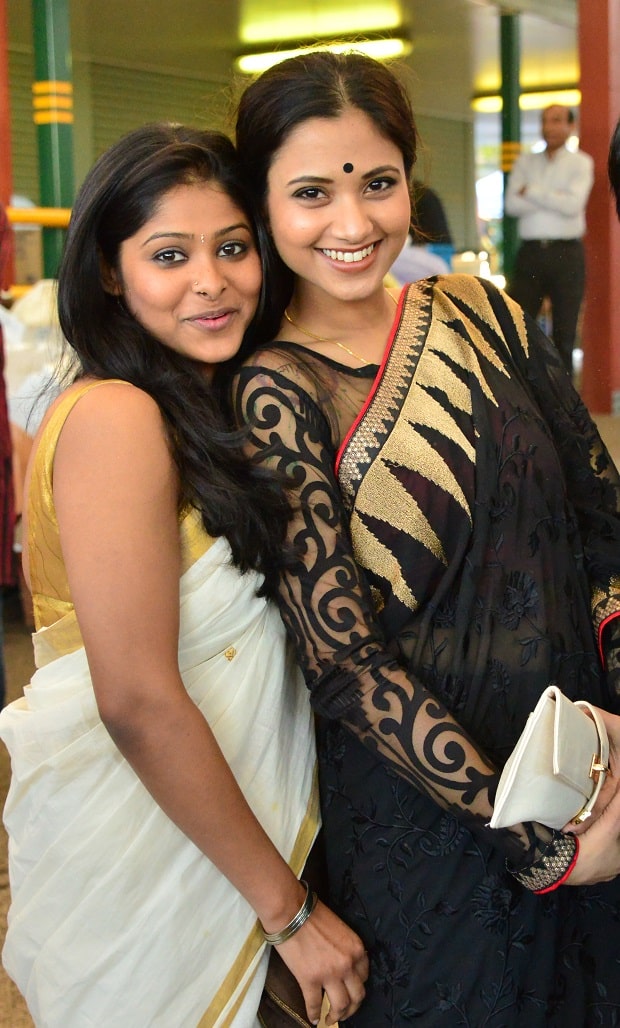 Let’s hope also that just as this Goddess, a powerful symbol of womanhood, is treated with respect and admiration, so too we treat the women in our lives. As many women in India struggle for basic human rights, let’s pray that as she went back north, the Goddess left some of herself within every woman who considers herself desolate, to give them the power to believe in themselves.

A very Happy Vijay Dashami and ‘Shubho Bijoya’ to all our readers and as the Bengali saying goes, “Asche bochor abar hobe!” or “Till next year!”

To see all Raka Mitra’s photos from Durga Puja, check out our Facebook page

Rafi’s dreamy numbers… and a bit of dance too