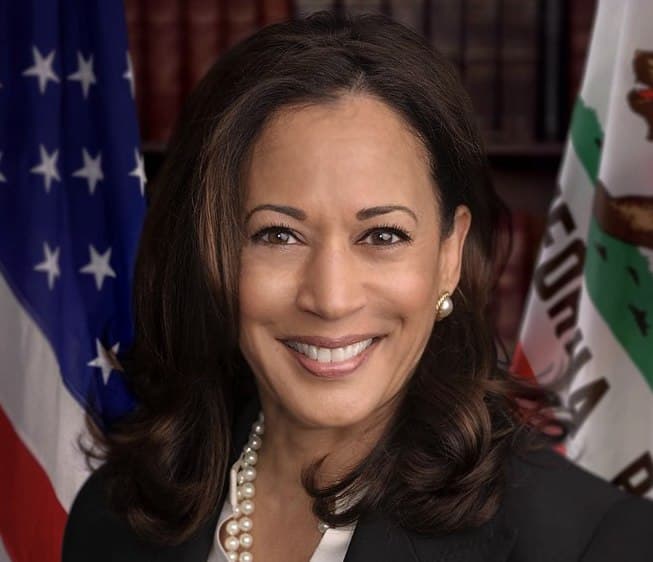 Indian-origin Senator Kamala Harris has accused the Trump administration of committing “crimes against humanity” after she visited an immigration and detention facility in California and met migrant mothers separated from their children.
Harris joined hundreds of protesters along the San Diego border with Mexico on Friday to denounce Trump for his zero-tolerance immigration policy, which has separated more than 2,300 children from their families, the US media reported.


Trump’s immigrant policies amount to a “human rights abuse”, Harris said while addressing a crowd outside the Otay Mesa Detention Centre near San Diego.
“This is outrageous… and clearly a crime against humanity that is being committed by the US government and we have to stop it.” She described the detention facility as a “prison”.
“I am a career prosecutor; I have visited many prisons and jails. That is a prison.”
“I spoke with the mothers who are there and my heart is broken,” Harris was quoted as saying by the San Diego Union Tribune. “These mothers in there think that they are alone. We need to remind them and everyone else that they are not alone, and that we all stand with them.”

The migrant children were separated from their parents upon crossing into the US illegally under the Trump administration’s controversial policy from April to May.
The policy sought to aggressively prosecute migrants who crossed the southern border illegally, often leading to children being separated from their parents as the adults awaited court dates.
Amid growing public outrage, Trump signed an executive order earlier this week calling for an end to the family separations. Details were scant as of Friday, however, federal officials said they were preparing to house 20,000 migrant children on four American military bases.

Harris blasted the administration for giving “no indication” of how the process of reuniting separated migrant families would work.
The administration said on Friday that about 500 families have now been reunified after being separated at the border. At the same time, some migrant parents have been deported while their children remain in US custody, raising concerns about whether they’ll be able to reunite.
“As it stands today, there is no plan or procedure in place by the federal government to ensure the safe and effective reunification of parents and their young children,” Carmen Chavez, Executive Director of Casa Cornelia Law Centre, said as the crowd outside the Otay Mesa Detention Centre repeatedly shouted “shame”.
IANS
- Advertisement -
Share
WhatsApp
Facebook
Twitter
Linkedin
Previous articleA Lord gives back to rural Punjab through education
Next articleSulabh founder receives Japan's Nikkei Asia Prize