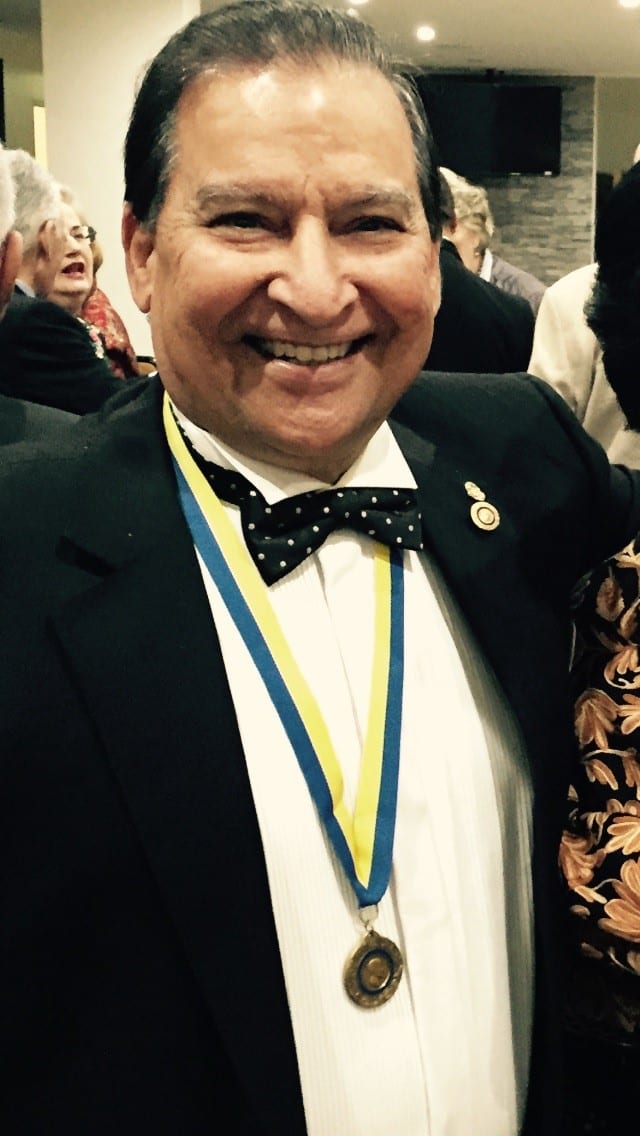 For service to the community, and to medicine, particularly to ophthalmology

Ask Dr SK Sachdev about his career highlights, and he will reply, “The crying days at eye camp.”

He means the last days of eye camps in remote areas of India or Fiji, where his patients from some of the most underprivileged sections of society come to bid him goodbye, their vision now restored.

The Sydney-based ophthalmologist has been named by the Australian Government in the Queen’s Birthday Honours list this year.

“I’m very proud of my OAM honour, coming at the end of 46 years of service,” Dr Sachdev tells Indian Link.

Yet he muses, “Is it going to change my daily life much? I can’t say; I’m going to continue doing what I’ve been doing.”

Dr Sudarshan Sachdev arrived here in the mid-1970s, fresh with university degrees from New Delhi and Edinburgh, as an eye specialist at Taree Hospital. He was the only such specialist serving the people in the entire region. In his ten years there, he also taught at Newcastle Medical College.

He moved to Sydney in 1985 and set up a practice at Dee Why and a day surgery at Rosebery.

Very early in his career in India, Dr Sachdev began to give back to the community, working at eye camps in areas where his service was needed most. It is a practice that continues to this day.

As a member of the Roatry Club, he was able to extend this service to needy people in Fiji, taking teams of specialists and nurses, all volunteers, to far-flung areas to set up eye camps.

“The Rotary Club has been a great platform for me,” he observes. “In thirty years now, I’ve served as president of the Rosebery chapter, taken on various portfolios and overseen national and international projects.”

One such experience is his association with ROMAC, the Rotary Oceania Medical Aid for Children, a program in which members volunteer their time and expertise.

The Rotary Club recognised his efforts by presenting him with the Humanitarian Service Award on two different occasions, as well as with its prestigious Paul Harris Fellowship.

Currently he is involved with the eradication of trachoma. “The WHO aims to eradicate trachoma, a public health disease that causes blindness or impaired vision, by the year 2020. My own work in this regard is with indigenous communities in the Northern Territory.”

Besides ophthalmology, Dr Sachdev has developed a keen interest in the study and prevention of degenerative ailments and in metabolic disorders

His work with CHeBA, UNSW’s Centre for Healthy Brain Ageing, stems from a deeply personal space. “I lost my mum to dementia, and that spurred an interest in healthy ageing and prevention of dementia.”

At Sydney’s Garvan Institute of Medical Research, his work is aimed at better understanding insulin-resistant diabetes.

At both institutes, his Sachdeva Foundation raises funds to support research scientists engaged in finding treatments.

The foundation was set up eighteen years ago in association with his wife Naresh, herself a gynaecologist.

“The aim of the Foundation is to promote research into issues close to our heart,” he says.

Together both Dr Sachdevs are a well-regarded team in Sydney’s Indian community, heavily involved in local fund-raising initiatives for other programs such as breast cancer awareness and prevention.

“Naresh is my right hand,” Dr Sachdev says of his wife. “The Foundation was really her idea, and she has been instrumental in the eye camps we organise and in the setting up of our surgeries.”

They met as medical students at Delhi’s Maulana Azad Medical College, an institute that has no less than 102 alumni in Sydney alone. “I am the senior-most of these 102,” Dr Sachdev laughs.