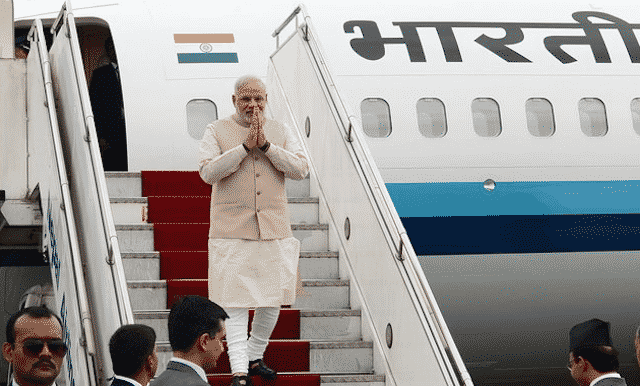 Fixing up timelines for concluding negotiations on a bilateral trade agreement, exchange of sentenced prisoners, cooperation on narcotics control and Memoranda of Understanding on tourism and cultural cooperation, are on the agenda during Indian Prime Minister Narendra Modi’s bilateral meeting with his Australian counterpart Tony Abbott in Canberra.

India and Australia will seek to speed up negotiations and fix timelines on concluding negotiations on the bilateral Comprehensive Economic Cooperation Agreement (CECA), also known as the free trade agreement (FTA) to boost bilateral trade, an official said on 10 November.

Talks were first started for the CECA in 2011 and so far five rounds of negotiations have been held.

The CECA aims to further liberalise and broaden the base of merchandise trade, remove non-tariff barriers and encourage investments.

Modi will be in Australia from Nov 14-18. During Abbott’s visit to India in September, both sides inked four agreements, including on civil nuclear cooperation, sports, skills and water.

Modi will have delegation level talks with Abbott and address the parliament in Canberra, have political, business and community meetings in Brisbane, Sydney and Melbourne where Abbott will host dinner.

A number of agreements will be signed and announcements made on initiatives.

A strong delegation of CEOs will accompany the prime minister to highlight the economic interests, said Secretary (East) Anil Wadhwa at a briefing in India.

He said the negotiations on the Administrative Arrangements for Civil Nuclear Energy are proceeding smoothly and this will open the way for trade in uranium with Australia. There is interest in Australia to engage in India’s mining sector, he added.

“On the economic front, trade in goods declined from US$17.5 billion in 2011-12, to $12.5 billion in 2013-14. To address this, we seek to conclude a mutually beneficial CECA at an early date, hold a Make in India Show 2015 in Australia and reconstitute CEO Forum to step up economic engagement,” he said.

“We are also looking at greater flow of services, including IT, investments, tourism,” he added.

On security issues, Wadhwa said both countries had a good working relations in counter-terrorism and transnational crimes. “We have finalised text of Agreement on Transfer of Sentenced Persons and MOU on Combating Narcotics which will help our common efforts,” he said.