Bringing mum and dad to Oz 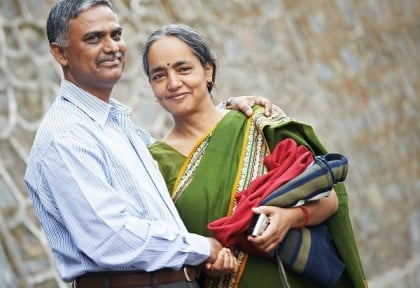 A series of in-depth community consultations are underway in major metros to drive the continuous five-year visa for parents of immigrants in Australia and tailor a well-managed program. This follows the announcement of the new sponsored parent visa in September this year by Assistant Immigration Minister Alex Hawke, acknowledging the inefficiencies of the current system.
The visa, which is likely to come into effect in July 2017, will offer migrant families a new way to reunite on the condition they contribute to the cost.

Only available on a case-by-case basis to applicants who have lodged a concurrent permanent parental visa application, visiting parents of Australian citizens and permanent residents are currently allowed a continuous stay of up to 12 months.
About 1,500 people migrate each year in the permanent parental visa category. The turnaround time for a contributor visa, which costs $50,000, is two years while non-contributor visa, at $7,000 takes 18-30 years to process.
In Sydney, the first community forum was held at Parramatta, with stakeholders from both sides of politics, government and private sectors as well as core migrant groups holding formal discussions on broad policy settings and specific areas.
Alex Hawke, who has had extensive consultations with his Labor counterpart Shayne Neumann as well as Tanya Plibersek, Deputy Opposition Leader, clarified, “This new visa does not seek to fit a box other than to facilitate family reunion. It is a problem that has emerged over some decades.”

“The government is looking to work quickly and our intention is to make the visa more accessible, without unduly burdening the system. But, we all have a stake in making this happen within realistic settings,” he added.
Delegates from the South Asian community, which has seen a significant spurt in migration, included Dr Yadu Singh (Indian Australian Association of NSW), Tara Chand Sharma (Hindu Council of Australia), Maheshwaran Thillai-Nadesan (Saiva Manram), Bivek Thapa (Nepalese Association), Muthu Ramachanthiran and Anagan Babu (Tamil Arts and Cultural Association).
Michael Burke, Assistant Secretary Planning Design, and Penny Robinson, Director of Family Policy (Dept. of Immigration) were also present as were representatives from various aged care and ethnic disability services.
Although community groups have lobbied the government for the parent visa, stepping up online campaigns ahead of federal elections, a big concern has been the pressure on Australia’s taxation and healthcare system, with predictions that significant additional places will need to be urgently created in aged care facilities to meet current demand alone.
Financial obligations and legal responsibilities of sponsors, bond and costs involved, work rights – particularly in family business settings, medical insurance and healthcare premiums, pre-existing illnesses, and transport concessions were some issues raised.
Other matters of consideration included a centralised application lodgement system, availability of onshore renewal, and methods of preventing rorting by migration consultants.
Age restrictions, CALD-specific support systems accessible to visa holders, social isolation and mental welfare, safeguards against physical abuse, transfer of sponsorship in event of death, and cutting red tape were some of the other planning issues raised during the discussion.

Contrary to forecasts by the Productivity Commission, the visa will have significant indirect benefits for Australia that cannot be immediately quantified, noted Tara Sharma.
“The commission has unfortunately looked at this issue from one prism only. Besides encouraging grandparents to support families will childcare, it allows citizens to care for elderly parents, as is custom in Hindu tradition,” he said. “There is a lot to be gained in a financial, social and cultural context, both in short and long term,” he added.
Highlighting the cost blowouts faced by families, particularly in accessing specialist health care services, Dr Yadu Singh advocated a self-sustaining, not-for-profit Medicare-style insurance product, tailored specifically for the visa. A large number of visitors do not seek medical assistance because of the cost involved, which can put pressure on hospital system later, he lamented.
Jane Flanagan, senior research and policy officer with the National Ethnic Disabilities Alliance, highlighted the inequities in the current system and the bias towards people with disabilities that a cost-based visa structure will impose.
“Australia isn’t quite meeting its obligations around disability, particularly in the ethnic framework,” she noted.
Seeking clear definition of role and responsibility of sponsors, community worker Bob Muller called for better support systems to be in place to culturally engage long-term parent visa holders and prevent neglect, isolation and abuse.
Anagan Babu raised the issue of onshore visa renewal options, as well as a centralised online application process to avoid bureaucracy and systemic abuse by migration agents overseas.
The deadline for public submissions concluded on 31 October. The government is expected to announce outcome of consultations early next year.