We don’t like cricket…we love it! A preview of the ICC Cricket World Cup 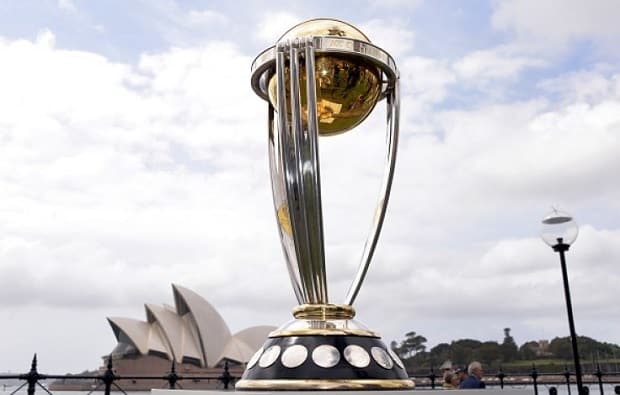 It’s finally upon us. After a long summer of cricket – one which was always destined to be a curtain-raiser for the main event – we have arrived at the 11th ICC Cricket World Cup, to be hosted in Australia and New Zealand between 14 February and 29 March, 2015. There will be 14 venues hosting 49 games, to be contested among over 200 players from 14 different countries. This year marks 23 years since Wasim Akram’s heroics saw Pakistan lift the World Cup on Australian soil, and a new generation will now be watching on as India aim to defend their title, while the dangerous Australians seek immortality under the nation’s watchful eye. The pitches and stadiums promise thrilling entertainment for both fans and players alike.

Could it get any better?

This edition of the World Cup is one of the most open in recent memory. Several teams have found form heading into the tournament – and it’s not just the teams you always expect to see. Although Pakistan, Sri Lanka, India and England are genuine threats for the title, they may find themselves in troublesome waters if they rest on their laurels, for there are plenty of sharks at sea.

It is widely accepted, by betting agencies and experts alike, that Australia are favourites to be holding the trophy aloft at the Melbourne Cricket Ground on 29 March. Their batsmen’s familiarity with the bouncy wickets, their electric fielding and sharp pace attack, along with what promises to be vociferous home support, are sure to see the Australians go deep in the tournament. To top it off, their opening batsmen, Aaron Finch and David Warner, are the most consistent and explosive combination in the world, while their opening bowlers, whether Mitchell Johnson or Starc, Cummins or Hazlewood, are all genuine wicket-taking threats.

It is true that there is uncertainty surrounding the fitness of the captain, Michael Clarke. However, Australia may be stronger without him; it is impossible to drop Finch, Warner, Steve Smith or Shane Watson for Clarke, for fear of damaging the balance of the side. That leaves George Bailey, who would be aggrieved to find himself either captaining his country, or sitting on the sideline, despite his exemplary one-day international record. Clarke’s absence may give the team the settled, unified feel it has been recently missing.

The key factor for the Australians is their phenomenal death bowling. In their last group match against England in the tri-series for example, Australia used clever changes of pace as well as yorker-length deliveries to stifle England’s scoring in the last five overs of the innings, transforming a difficult target into a manageable one.

On paper, South Africa have the strongest one-day international outfit in the world, and it would be a huge surprise if they miss out on a semi-final spot. Although they boast a slightly top-heavy batting order, it is anchored by batsmen who would walk into any national team, including AB De Villiers, Faf du Plessis and Hashim Amla, as well as powerful hitters such as David Miller and Rilee Rossouw. Their bowling attack is vastly experienced and varied, including the nagging line and length of Vernon Philander, the sharp bounce of Morne Morkel, the precise aggression of Dale Steyn and the deceptive wrist spin of Imran Tahir.

The key factor for South Africa is their ability to win the key moments and peak at the right stage; it is well known that South Africa have habitually underperformed at critical moments in past campaigns.

A fine balance of youth and experience is a key feature of New Zealand’s best-ever one-day international team; consequently, it would be unfair to label them as merely a ‘dark horse’. Their recent form, along with home advantage, could create the perfect storm to see the Black Caps finally break their 40-year wait to reach a World Cup final, (although they have reached the semi-final stage on six occasions, the joint-highest alongside Pakistan). Their bowling attack has amazing depth, with Trent Boult, Adam Milne, Mitchell McClenaghan, Tim Southee, Kyle Mills and Corey Anderson, alongside spinner Daniel Vettori all providing viable bowling options. Meanwhile, their traditionally fragile batting order looks vastly improved, with Brendon McCullum and Kane Williamson in particularly sparkling form.

New Zealand’s key factor is avoiding the loss of wickets in big clusters, as they endured in various recent matches against Bangladesh, Sri Lanka, South Africa and the West Indies. However, their consistency in the most recent series against Sri Lanka, as well as in their 4-0 hammering of India, points to greener pastures ahead for the team.

Each team in the tournament boasts significant talent. While players such as Chris Gayle, David Warner and Dale Steyn will be perennial threats on the cricket field, Indian Link takes a look at the players we’ve tipped to take the tournament by storm.

South African one-day international captain AB de Villiers is quite simply one of the most exciting, absorbing and obscenely talented athletes in the world – and there is no question that before long, he will go down as one of the most dynamic cricketers in history. His audacious shot-making and ability to send any delivery soaring over the boundary will simultaneously delight and frighten Australian audiences, who have already been exposed to his limitless talent. De Villiers’s ability to perform under pressure is crucial to South Africa’s desire to ditch their unfortunate reputation as “chokers” and finally make their mark on the world stage.

Of course, none of that may be relevant over 22 yards, but if there is only one player you pay to watch this summer, your decision should already be made.

Virat Kohli is the most important player in the tournament – albeit only because the Indian team is so heavily reliant on him. Kohli averages nearly 70 when India wins, a figure that drops to 32 when India loses. The inextricable link between Kohli’s performance and his team’s success is recognised by opposition captains, each of whom will have specific plans for sending him back to the dressing rooms.

However, if any of those plans involve sledging, there’s a good chance the plan may backfire. Kohli’s sensational run of form in the recently concluded Test series against Australia proved that he could handle the heat; his verbal battles with crowds and opposition alike only seemed to spur him on. Although he has endured a relatively lean tri-series, the meaningless nature of the matches has certainly contributed to Kohli’s mental fatigue. He is already one of India’s highest run-scorers on Australian soil; he will be keen to make the most of his time Down Under and get to the top of the list.

Trent Boult finds himself in rare company as a modern-day player who has played twice as many Tests as one-day internationals. Although his few ODI appearances have so far generated slightly underwhelming results, Boult’s significant impact on the Test arena may well transfer to the fight for cricket’s biggest prize. With 110 Test wickets at an average of 27, Boult has firmly established himself as the spearhead of New Zealand’s attack, and he is our tip to be the surprise package of the tournament.

A left-arm fast bowler, the 25-year-old can swing the ball both ways at serious pace, and it is no surprise that he idolises Pakistani great Wasim Akram. There may be more fearsome bowlers out there, however, the young and experienced Boult will be keen to impose himself on the world stage and hungry to become a household name. With New Zealand playing the majority of their matches at home, in conditions traditionally favourable to swing bowlers, Boult will be a tricky proposition for all batsmen who face up to him.

Boult has also developed a reputation for taking scarcely believable catches – don’t be surprised if he ends up with the catch of the tournament, too.

Kane Williamson will one day break all of New Zealand’s batting records. It is scarcely believable that at the age of 24, he has scored over 3000 Test runs and 2000 ODI runs, with a penchant for capitalising on his starts and scoring big. Apart from being a delight to watch when attacking, Williamson has an exemplary defensive technique that will be vital early on in the seaming, swinging conditions typical of New Zealand.

Williamson has been in stellar form for the Black Caps, scoring over 300 runs in his most recent Test match against the Sri Lankans, and notching up scores of 103 and 97 in the subsequent ODI series. Unlike India’s Virat Kohli, Williamson will bat at number 3, giving New Zealand’s best batsman the opportunity to control the match from a very early stage and bat for as many overs as possible. Williamson also bowls handy off-breaks, a valuable asset to a team without a right-arm off-spinner.

The greatest gift of all

The future of science