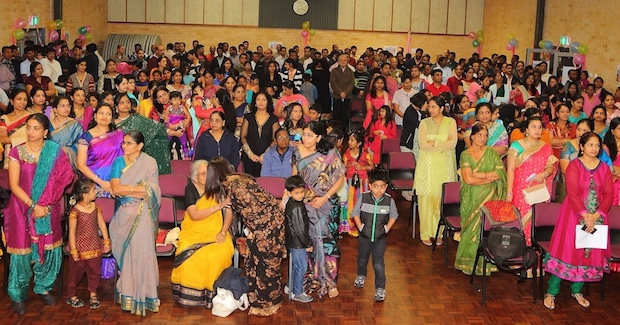 In June India celebrated the formation of its 29th state, Telangana. These celebrations extended to the Indian community in Australia as well, resulting in the formation of yet another Indian-Australian association.

In Sydney, over 500 people gathered at Greystanes Community Centre to participate in Formation Day celebrations, organised by the Australia Telangana Forum (ATF).

A lamp was lit at the Telangana Thalli portrait, followed by prayer and a two-minute silent tribute dedicated to the martyrs that gave their lives to enable the formation of the new state.

Councillor Gurdeep Singh from Hornsby Council shared his happiness towards the new state, and stressed more communication and contribution towards the relationship between Australia and Telangana.

Members of the ATF, and other Telanganites and sponsors, who worked on collective initiative, venue arrangements, food arrangements, entertainment programs and the other logistics of the function, were thanked.

Telangana food was served to all participants, and the event was a grand success.

Also following the Formation Day celebrations was the inaugural function of the new Australia Telangana Association Incorporated (ATAI) in Melbourne.

Held in June at Hawthorn Arts Centre, the event gathered over 600 people and involved cultural acts including classical dances, skits and fashion shows based on Telangana culture and tradition.

The ATAI serves as a platform for cultural, educational, social and economic developmental activities. Its vision is to support and represent the Telangana community in Victoria and address issues facing the community such as education and health.

Their role involves catering to the needs of migrant students, preserving and promoting Telangana culture and identity and addressing issues of the growing population.

They hope to do this by conducting workshops, forums, info sessions and support groups to educate and raise awareness of issues facing the Telangana Australian community. They also hope to engage in developmental and charitable acts to support the state at home of which the majority of people live under the poverty line.

ATAI conducted a blood donation camp on 1 June and donated funds to an orphanage in Hyderabad in order to renovate their Sharadha Vidya Niketan school. They also took over a water purification plant in Koorkal village, where impure water is converted to mineral water. This has enabled the serving of 4,000 people with clean water.

Around 200 families have shown their support for the formation of ATAI.

“It is my hope that ATAI will fill the gap and fulfill the resident’s needs by conducting various programs to keep our culture and help the needy in Melbourne and Telangana state,” said ATAI Treasure Shyam Lingampalli.

Present at the inauguration was president of ATAI Raj Vulpala, and Vice-Councillor of the Indian Consulate Shri. M.C. Bhagath, who launched the ATAI’s official website.

Feel it in your bones!