The current Australian cricket team does not sledge the opposition any more than its predecessors. Nor is it any more aggressive in its approach to the game or its dedication to “play hard”, as has always been the side’s wont. 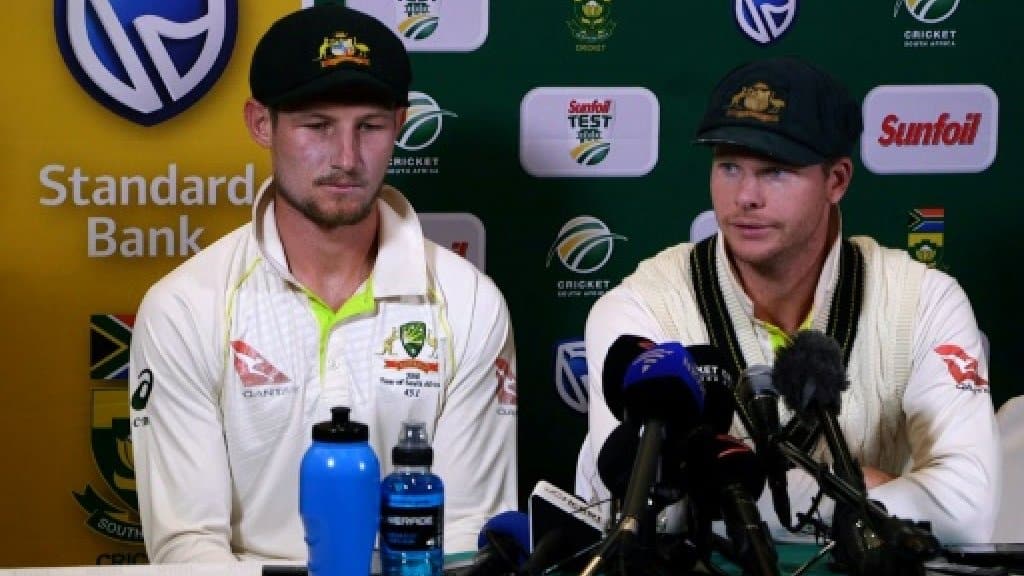 But this particular team, under the leadership of Steve Smith and Darren Lehmann – suffers from such a hopelessly pathetic lack of self-awareness that, in one ill-fated tour, it has tarnished forever the legacy of the great names in whose shadows it lies.

From the initial flashpoint between David Warner and Quinton De Kok in Durban, to the moment Cameron Bancroft stashed in his underwear a piece of tape he used – or was directed to use – to alter the condition of the ball in Cape Town, this tour has revealed at every stage the staggering hypocrisy that pervades Australian cricket today.

Cricket Australia’s official complaint and condemnation of the Cape Town crowd’s behaviour, for instance, is wilfully ignorant to the international notoriety of Australian crowds for being the most hostile towards visiting teams.

It is not for no reason that they are the referred to as the team’s 12th man (with the ruthless Australian media playing 13th fiddle).

After subjecting Virat Kohli to vile slurs about his sister and mother during the Indian captain’s first tour of Australia in 2012, Australian fans and media alike ridiculed Kohli for sticking up his middle finger in response to the sustained abuse.

Those responsible were not reprimanded, and no official complaint was made by the BCCI. Kohli accepted a fine of 50% of his match fee.

Yet a similar slur directed at Warner at Newlands – which, in contrast, resulted in the spectator being ejected from the stadium – has escalated a row at the management and board levels which stinks of double standards.

Lehmann, an allegedly reformed racist who in 2003 called the Sri Lankan team “black c***s”, has slammed the behaviour of Cape Town crowds as “disgraceful”.

Lehmann conveniently forgets his recent call to arms for Australian fans to abuse English fast bowler Stuart Broad and make him “cry” over his “blatant cheating”. The irony would be delicious if it was not so disappointing.

In the same way Warner has been assigned protection by Cricket Australia’s head of security at the boundary so as to protect him from hurtful comments directed at him from the Cape Town crowd, there are suggestions Cricket Australia should provide to visiting teams a comprehensive security detail stationed around each of its grounds for the same purpose.

To the main incident which has cast a red hue over the moral high ground Australia has habitually adopted in all these preceding events – it is astonishing on so many levels. It is unbelievable that no one within the so-called “leadership group” had the slightest ounce of integrity or courage to speak out against the proposed course of action. Would Border, Taylor or Waugh have stood idly by? Not on your life.

It is also inexcusable that this was a pre-meditated plot rather than a spur of the moment decision, begging the question as to how often Australia has cheated in the past under Smith, when scrutiny of player conduct may not have been as high, or when match situations have been more dire.

Smith’s assurances that this was the first time are worthless; a player’s first decision to tamper with the ball is not one that he arrives at in pre-meditated concert with other senior team members.

Moreover, footage has re-emerged of Cameron Bancroft piling sugar into his pockets during a tea break during this year’s Ashes test in Sydney, as will other footage undoubtedly be released in the coming days.

It is unthinkable that Bancroft, a new entrant to the proudest of Australian sporting fraternities, would habitually break the laws without direction, and so with Smith and Lehmann the buck must stop.

It is a shame that for a batsman destined to be the all-time great of his generation, Smith will be forever remembered as a cheat whose only remorse was in being caught.

Many have pointed the finger at cricket boards for being out of touch with public perception and allowing toxic corporate cultures to filter down to players at the highest levels. Dr G.K. Harinath, a former chairman of Cricket NSW and one of the game’s most respected administrators, rejects these arguments, positing that restoring the team’s culture demands early intervention at the grassroots level. “You can’t teach culture and manners when you’re playing at the national level. Culture is taught when you’re playing junior levels of cricket to grade cricket,” says Dr Harinath.

“In years gone by, you had to play three years of fifth grade before you played fourth grade and so on,” continues Dr Harinath. “At each level, there used to be a senior player who would not only mentor the team but also teach them how the game was to be played in every way – respect for one another, respect to the game and to the opposition, umpires, scorers, people who are working in the game. Most importantly, the culture of respect starts at home and then it grows out. If you lack it at home then you lack it everywhere.”

It is no understatement that these are the darkest days Australian cricket has seen. The ball-tampering in itself is not the issue; teams around the world push the boundaries of what is strictly legal under the laws of the game, including by throwing the ball purposefully into the turf and using artificial substances to shine the ball.

Some would argue that ball-tampering ought to be legalised, to redress the balance between bat and ball. But for now it remains illegal, and the circumstances of the incident reveal an engrained culture of self-entitlement and a brazen sense of invincibility within the current team.

Just months after the players held the Cricket Australia board hostage during a pay dispute, pursuant to which senior players negotiated the largest pay deal in Australian cricket history, the same players have diminished the very value of the Australian cricket brand, with many high-profile sponsors expressing their concerns in the immediate aftermath of the incident.

Reflecting generally on the vitriolic international reaction to the Australian team’s conduct, Dr Harinath is philosophical. “We call ourselves one of the world’s best sporting nations,” he says. “Where do we stand? All the things which have been shown are a blot not only on our game but on our nation. Cricket is still the national sport of this country. Everybody wants to see what happens in the game, from plumber to politician, an old lady to a young male. But the sport’s image is tarnished. It’s very hard and it will take a few years for us to regroup.”

By continuing to pursue victory at all costs, Smith and Lehmann have only deepened further the schism with their biggest stakeholders, who would much rather lose with dignity than win in ignominy.

Australian fans, whose fierce pride is often undermined by the actions of those they idolise, deserve much better.