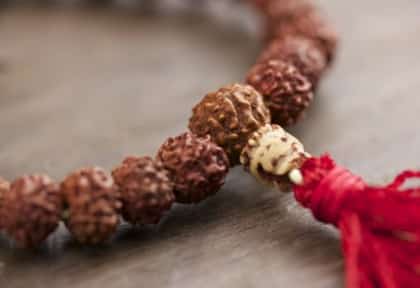 “Why do you persist in tormenting me so,” Parvati’s mother lamented.
“What have I done now, mother?”
“Tonight is Maha Shivaratri, the great night of Shiva. It is a day of prayer and penance, but you want to go to the movies with your friends. Your presence is needed at home. You can tell your friends that you can meet them on another night,” she answered.
“Mother, I have no interest in either the prayers or the penance. I do not want anything, nor am I seeking forgiveness for any wrong,” Parvati replied.
“Of course, you want something! All unmarried girls want this. An early marriage and a good husband,” Narayani announced.
“And your Lord Shiva can give me that. In return for keeping me awake all night chanting his name, he will bless me with a good husband. And will this good husband of mine also be sitting up all night and praying for a good wife. Or does he have the privilege of having a boon granted without penance?”

“Don’t be silly, child, men do not have to worry about that. It is the privilege of us women to seek Lord Shiva’s blessing,” replied her mother.
“Mum, Dad left you to seek Mount Kailash and his god. What good did your prayers do for you? If I was you, I would ask for compensation,” said Parvati.
“PARVATI! That is enough!” Narayani screamed. Then, calming down she said, “Besides, that was my mistake. I used to cheat when I was young. Instead of saying my prayers I used to read novels.”
“I don’t believe you did it. And you never got caught?” asked Parvati, astonished that her mother would deviate from her moral path.
“No, we were good at it. But it was not the right thing to have done. All those novels I read brought me a good husband but I was cheated from a long life with him,” lamented Narayani.
“Mum, it has nothing to do with how well you prayed or how good you behaved. Men are human beings and have human failings and aspirations. Unlike you, I do not hope for an ideal person. I want him to love me more than he loves God,” said Parvati.
“I do not begrudge your father his need for spiritual enlightenment, for when I finally learnt to pray properly I had asked for a husband who was wise and who also deeply worshipped my Shiva.  We each have our own journey to undertake. And I can’t complain, he gave me a wonderful daughter and he left us well provided for,” Narayani justified.
“I don’t think it was how you prayed, mum, but what you asked for that may have been your downfall,” Parvati joked, then giving her mum a hug added, “I must remember to word my prayers properly if I ever have to deal with your Shiva.”
“Would you rather that I had married a womaniser, an alcoholic or an abuser? My Shiva gave me a good man. I have much to be grateful for,” said Narayani stoutly.

For the first time, Parvati really looked at her mother. Somewhere between her superstitions and her ritualism, her mother had found strength to fight life’s challenges and a faith that saw each challenge as a reward. Somewhere in between her prayer and Shiva’s boon, she had found peace and forgiveness.

Leaving these sombre thoughts behind, Parvati continued on a lighter note, “Well mum, if Shiva gave you a good man but for a short time, then we will pray that I find a ‘not so good man’ for a longer time.”
“There you go, acting foolish again. Don’t fool around with faith and belief, my child. While other girls wrote Lord Ram and Lord Shiva’s name on the bilva leaves they offered in prayer, I wrote the names of my favourite actors. While they made garlands to adorn the Shivaling, I made one to decorate my hair. And while they fasted with sincerity, I would pinch the prasad from the shrine or pluck the fruits from the orchard,” Narayani recounted with shame.
Parvati smiled again.  Her mother, who never broke a rule, was quite the imp in her youth. Then in an accepting voice she asked, “Ok mum, why don’t you tell me what your Shivratri is all about and maybe, if I am convinced, I might join you this year in the pooja.”

Narayani had waited for this moment for the past five years, in fact, since her daughter’s sixteenth birthday. Grabbing Parvati’s arm, Narayani led her to the prayer room and sat her daughter down next to her. Then pointing to the Shivaling she spoke of its significance as the creator. Looking at the photo of Shivji she related the tale of how to save mankind from the poison churned out from the ocean, Shivji drank it but held it in his throat, turning it blue and earning him the name Neelkanta – the Blue Throated One. Finally she lifted the statue of Shiva standing in a dancing pose with a ring of fire around him and told of his cosmic dance, called the ‘Shiva Tandav’, the dance he undertakes to display his omnipotent power as creator, preserver and destroyer.
Then she detailed how the Shivratri prayers are done. The Shivaling is first cleansed with water, milk and honey, representing the washing away of bad emotions. Then vermilion paste representing virtue is applied on the Shivaling as a reminder to adhere to righteousness. The offering of the bilva leaves is symbolic of the surrender of oneself to the three-eyed deity. This is followed by the offering of fruits, which represents the offering of our desires. When these are given back as prasad, it represents the fulfilment of our wishes. Incense is burned to purify the air and to symbolically spread goodwill and success. Lamps are lit to symbolise the awaking of our inner being and the attainment of knowledge.

The Linga is also marked with the ‘Tripundra’, the three horizontal stripes made by smearing holy ash and symbolising spiritual knowledge, purity and penance. A rosary of Rudraksha seeds beloved to Lord Shiva and a statue of the Cobra snake are placed near.
Parvati listened carefully and then asked, “Why tonight of all nights?”
“Mythology says, Lord Shiva declared that the rituals performed by his devotees on the 14th day of the dark fortnight in this month please him the most. Scientifically, the planetary positions on this night are such that there is a powerful natural upsurge of energy in the human system. It is said to be beneficial for one’s physical and spiritual well-being. My mother believed it was the night Shiva manifested his physical form into the Linga form. Others have said it was the night Shiva married Parvati, hence girls pray to Goddess Parvati as well. Which is what you should be doing, since you are starting so late on this journey. It might help you catch up, if you pray to both,” Narayani added with a laugh.
“Alright mum, but just to make it clear, I am going to pray because of you and not Him,” saying this, Parvati bowed in front of the shrine.
Narayani looked at her shrine, wiped the tears from her eyes and said to her lord, “You have a hard task ahead of you with this one. I was a piece of cake.”
Just then the doorbell rang. Parvati rushed to save her mother the trouble. A stranger faced her, a good-looking one who seemed to know about her for he said immediately, “Parvati, I have a letter from your father. I am a botanist and was studying plants in the Himalayan ranges when I met your father. As I left, he asked me to personally deliver this letter to his wife.”
Taking the letter from him, Narayani, who had now reached them invited him in.
Even without opening the envelope, Narayani knew what the contents would say. From a distance, her husband was fulfilling his last role as a father. Only that would explain why he had chosen this day, to send this man.
At that moment she heard the words that confirmed her belief. “Forgive me, I should have introduced myself earlier. My name is Shivaraj, Shivaraj Lingaraja,” he said.
The unopened letter fell to the floor, escaping Narayani’s trembling fingers. Her Shiva was once again granting a boon.