Locally produced indie movie is based on the rare Cotard disease 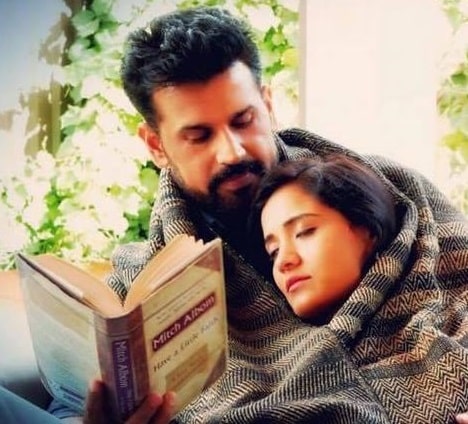 Reading Time: 2 minutesLove, pain and life.
That’s what locally produced indie feature film Khalish is about.
Directed by debutant Pakistani Director, Shahmir Naqvi with Melbourne based Indian actors Karan Battan and Preeti Daga in the lead, the movie is inspired by a true story. Life takes an unexpected turn for lead characters Asher (played by Karan) and Sia (played by Preeti) when Sia is diagnosed with the rare Cotard disease. Cotard delusion is a rare mental illness in which the affected person holds the delusional belief that they are already dead.

Independently produced by Red Dot Productions and Sajid Toori, the movie which was almost two years in the making has been filmed and produced in Melbourne with local cast and crew.
Shahmir Naqvi told Indian Link, “The word Khalish refers to the feeling of a piercing sensation. It comes from the root word khalna, which means to be hurt. We have spent a long time in getting the story, cast, music and all the other elements right. The cast and crew are now a Khalish family and have been a big part of bringing this dream project come alive. Both Karan and Preeti are seasoned actors and were perfectly suited for the roles so it wasn’t difficult to direct them.”
A movie of this scale and size is not possible without a supportive cast and crew. It has been ably supported by associate director Stuti; original screenplay is by Bilal Atif and editing by Kevin, while supporting roles are played by Jasmine Bajaj, Nisha Bajaj, Ajay Bajaj, Husnain Khan, Kubra Sheikh Elyas, Nalin Sharda to name a few.
Preeti said, “It has been a wonderful experience working with Shahmir, Karan and team Khalish, and playing the character of Sia. The character had range – going from being a happy, chirpy person to being one that is ‘living dead’. It is a heartwarming story and I am pleased that the audience connected with the character. ”
According to Karan, “It was a different experience working on this film. A very unique story with a wonderful cast and crew. Shahmir is a flexible director and knows what he wants. I have worked with Preeti, Stuti and Bajaj family on a few projects before so there is chemistry and understanding. Glad that everyone loved the character of Asher. So excited to hear feedback the movie receives internationally.”
The exclusive movie premiere was attended by 100 members of the Indian and Pakistani community and received positive reviews from the audience.
Vishal who attended the premiere said, “Terrific performance and natural acting by all with special acknowledgement to the lead cast. The form of storytelling was fantastic and there was suspense till the end, which was great.”
Another attendee Saba said, “Loved the movie, the acting and the music. It’s great to see such good quality cinema being produced in Melbourne by local talent. What makes it special is the collaboration between talent from India and Pakistan. Hope to see more such projects.”
Movie lovers will have to wait for the public release of the film as the makers gear up to put it on the international film festival circuit.