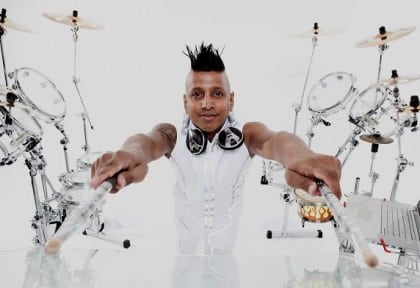 Indian American DJ and drummer Ravi Jakhotia, popularly known as DJ Ravidrums, will perform at US President-elect Donald Trump’s inauguration concert at Washington’s National Mall on 19 January.
Trump will be officially sworn into office as the 45th President of the US on January 20.

The “Make America Great Again! Welcome Celebration” event on Thursday will see performances by singers Toby Keith, Lee Greenwood, rockers 3 Doors Down, and the Piano Guys along with the Frontmen of Country (featuring Tim Rushlow, Larry Stewart and Richie McDonald), the Boston Globe reported.
Ravidrums was the first Indian American music director to showcase his skills on NBC TV series Howie Do It and he is also credited with inventing the process of live drum playing while re-mixing, according to his website.
Ravidrums also served as personal DJ for Playboy founder Hugh Hefner and played a small role in The Matrix Reloaded.

The New York-born private party DJ performed at the 2009 Oscars where two nominated songs came from Slumdog Millionaire, a movie filmed in India.
He has performed with Paula Abdul, Ricky Martin, Will Smith, The Black Eyed Peas and in events like the HBO Emmy after party, Fashion Week in New York City and Los Angeles, and a Michael Jordan party.
He was also as voted 2010 People’s Choice “Best Innovative DJ/Drummer”.
According to the Presidential Inauguration Committee, the Republican Hindu Coalition is slated to perform at the event under the “Voice of the People” section which will feature groups selected from the hundreds of applications the committee received, say reports.

The celebration will also feature the participation of military bands and a fireworks show at the conclusion.
Meanwhile, Friday’s inaugural parade will be shorter and less diverse than the two inaugural parades held for outgoing President Barack Obama, said the Boston Globe.
With IANS