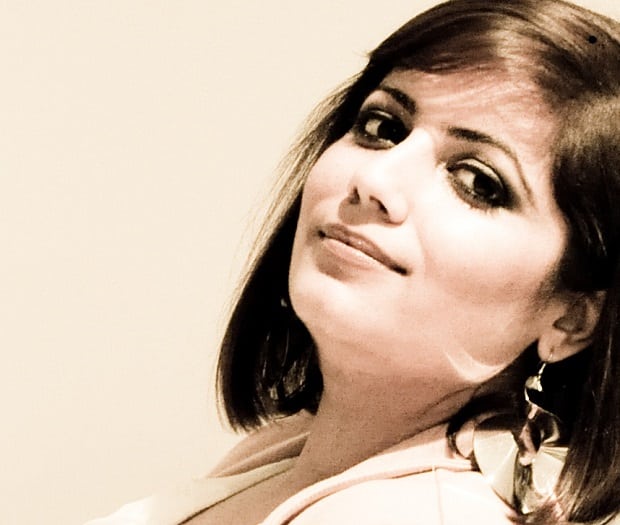 I was driving home one afternoon after a stint of babysitting my granddaughters. It was wet and windy, so I stopped at a cafe on King William Road, a well-known upmarket restaurant strip, for a cup of hot chocolate. As I was waiting for my liquid fix, I noticed a few paintings with Indian motifs on the wall.  My curiosity was aroused. I looked at the brief note attached to each one, which indicated that the paintings were by an Indian artist.  The waitress told me they were there for the South Australian Living Arts (SALA) festival.
September heralds the spring season and brings with it a splash of colour. But in Adelaide, August that has just rolled by has been literally the most colourful time, when visual artists of every shade displayed their wares and visitors have had a veritable feast for their eyes. The twin objectives of the month-long SALA festival are to promote and publicise local talents, and also to bring their creative works out of the galleries into the open, so the general public has easy access to appreciate and admire them.  In order to facilitate this, venues range from artists’ studios to empty warehouses, wineries, council foyers, community halls, cafes, pubs and even footpaths.
How far this festival has grown can be gauged from the fact that this year, 4917 participating artists displayed their creations in 502 exhibitions and events all over Adelaide and in country towns as well.  And it was certainly a matter of joy to see the sole Indian artist Neha Awasthi’s work adorning the walls of a popular cafe patronised by the locals of a posh suburb. It was her third SALA showing, the last being in a country winery. Even more worthy of note is Neha’s admission that she never had any formal education or training in art, either in India or Adelaide where she arrived some seven years ago. Having worked as head of marketing and advertising in a health industry organisation, she felt an innate passion for painting and took to the easel with ease. So is there any artistic gene in her family? “My father used to paint landscapes, but that was before I was born. He hasn’t touched a brush for over 25 years,” says Neha. But after he saw Neha painting during his recent visit, his artistic adrenalin has started flowing and he has resumed his creative craft. Neha’s father is also self-taught, like his daughter.
When I asked the owner of cafe Colin Co on the cobbled road in Hyde Park how he came to display Neha’s paintings, he said his cafe regularly displayed works from various artists to provide an ambient setting.  He requests a list of art students of some merit from the University of SA and at other times, artists approach him. With good wall space and regular flow of attendees, this small but cosy cafe became a perfect  fit..
Rating her exhibition ‘Colours of India’ as one of the best, Adelaide’s metropolitan daily’s chief arts writer wrote “… it mixes folk art with modern approaches. It is a serene journey through intricate, conceptual works that are rich with culture and colour”. Neha’s four acrylic on canvas items included ‘Bindi’, using gold, red and black colours prominent in Bengal;  ‘Asha’, reminiscing her mother’s blue sari; ‘Chidiya’, recalling her childhood dreams of green birds; and  ‘Anala’, in bright colours depicting burning desires of the spiritual self.
In October, Neha will visit New Delhi to do a residency course at a local art foundation to receive formal training in folk art that is dear to her.  In the meantime, a State government grant for wooden block painting on linoleum will vie for her attention with her nine-month old son.