A museum of our own 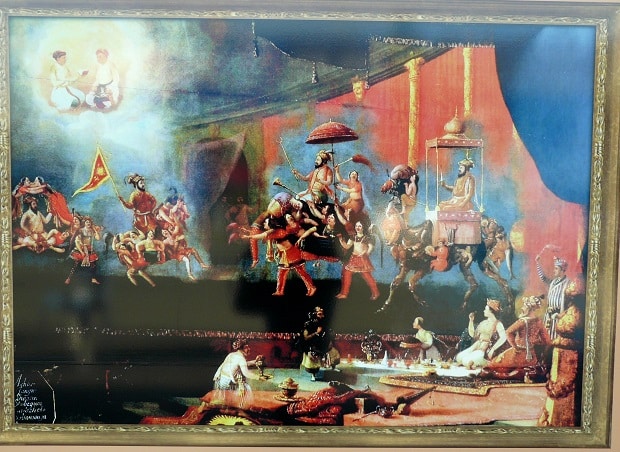 Proudly displayed inside are a collection of artworks from India including photographs, paintings, sculptures, engravings, lithographs, chromolithographs, coins and stamps dating as far back as 400 BC. This includes a stunning statue which is one of the best sculptures of Ganesha I have ever seen.

Situated in the heart of Melbourne’s Little India Precinct in Dandenong, Museum India is set to add to the multiculturalism in the Most Liveable City in the World.

For the Australian Indian community, this museum, the first of its kind outside of India, marks an allegiance to preserve the rich historical legacy of our ancient land, and share it with those in our adopted land.

The massive collection is in large part the work of Melbourne-based Dr Dinesh Parekh and his wife Dr Krishna Parekh. Art collectors for more than 50 years, the Parekhs are well-known in art circles in the city.

Dr Parekh is indeed a collector par extraordinaire. A retired psychiatrist with an extremely interesting and motivating career profile, an avid photographer and collector, his passion for photography started in his early teens and continued well after earning his medical degrees. The Parekh family collection has been displayed at several international exhibitions.

The massive museum collection, held currently under their family trust, has been generously loaned to Museum India to be preserved for the future generations.

On the occasion of the launch, Dr Parekh, a strong pillar of the Indian community in Victoria, was characteristically humble.

“Museum India is a unique and distinctive venture, one of its kind in the world, built with dedication, support and generosity of many,” he said.

Accompanied by the melodious strains of the dhol, nadaswaram and mridangam playing in the background, Museum India was jointly inaugurated by Matthew Guy (Minister for Multicultural Affairs, Citizenship and Planning), Manika Jain (Consul General of India Melbourne), Jim Memeti (Mayor of Greater Dandenong) and John Pandazopoulos (Member for Dandenong).

A Federation of Indian Associations of Victoria project, the museum has been an idea that came about many years ago.

President of FIAV, Mr Vasan Srinivasan said at the launch that the concept of Museum India first entered his mind a few years ago.He envisioned a standing testimony to the legacy and heritage of the vast Indian community in Australia. After months of toil, along with the conjoined and collaborative efforts of many, his vision has finally become a reality.

“It was the support, passion, dedication and generosity of Dr Dinesh Parekh and his family which has given us the opportunity to comprehend, appreciate and preserve the historical legacy of Mother India, here in Victoria, Australia,” Mr Srinivasan said.

Matthew Guy, a long standing patron of FIAV, said that the inauguration of this Museum is a momentous occasion, and applauded the efforts of all those who worked so hard to make it a reality. Mayor Memeti said that the Museum was a befitting addition to the Little India precinct for promoting the multicultural camaraderie of the City of Greater Dandenong.

This museum will be a treasure house of knowledge for students, researchers, tourists and anyone interested in the story of Indian civilisation and heritage. Currently, less than five per cent of the collection is displayed due to lack of space and facilities, but efforts will continue, over the years, to identify and build a larger museum which can eventually display the collection in its entirety.

As Dr Parekh rightly said, “No museum can be built in a day!” It is a journey, over the ages, that will stand witness to the history, tradition and culture of a majestic and ancient civilisation called India.

Sunday – by appointment only