Haunting. Grim. Spellbinding. Superstar dancer Akram Khan’s swansong at the Adelaide Festival 2018 was all that and much more in his latest production, Xenos. Adelaide audiences have a fond association with Khan. Thirty years ago, at the tender age of 13, he took part in Peter Brook’s benchmark-setting all-night adaptation of the Mahabharata held at Anstey Quarry in Adelaide.

Xenos revisits the power of myth and absorbs the story of Prometheus, a cult-hero of Greek mythology, who gave human-kind fire and who, as Khan said, ‘knew that humans would keep repeating their mistakes but hoped they would learn from them’.

So wars are human folly where lessons are never learnt. Xenos, which means stranger, is the story of one Indian soldier out of millions who fought for the Colonial powers and suffered the agony of fear, deprivation, toil and death. It was not his war; he was a stranger to the conflict and to the alien lands where it took place.

Talking about Xenos, Khan says, “Indian soldiers had a very specific role in the first World War – to lay down telephone cables so teams could share information. So I play, for instance, a cook who is thrown into the trenches and feels completely alone, and the dance is inspired by the idea of shell-shock. It’s really about trauma…”

“I play a cook who is thrown
into the trenches and feels completely alone, and the
dance is inspired by the
idea of shell-shock”

The dance depicts the back-breaking work of cables being dragged around through the mud and slush in the trenches while artillery shells fly and chaos abounds. The first passage of the dance shows the soldier at peace before war. Accompanied with a beautiful on-stage rendition of Babul mora naihar chooto hi jaye we see Kathak at its finest, delivered with precision and flair from the master himself. Ghungrus fly but are eventually unwound and placed around the torso like chains binding the soldier, as the dance moves into the initial phases of insidious battle.

The performance is relentless and has the soldier falling, rolling down the steeply sloping stage, moving as if he’s not quite in control of mind or body. Of the narrative, Khan said, “Words are used in a much more poetic, philosophical approach to lay down the seed of an idea or to provide atmosphere.”

There are evocative vocals and a small ensemble of musicians that provides mood and intensity to the threatening atmosphere of attrition. The dance goes on to show the soldier at a loss to understand why he is in battle at all until suddenly, a loud gunfire fills the air and he falls to the floor, writhing as lights flash.

The strength of the performance comes from showing historical events and the failings of human nature as seen through the eyes of an ordinary person. At one stage the narrator calls out names of Indian soldiers giving their professions such as farmer or teacher, which simply highlights the incongruity of the worldwide scale of war in contrast to the ordinariness of the individuals involved in it.

The team behind the show included Ruth Little from Sydney as Dramaturg and they have created a truly marvellous production. It’s an emotionally draining topic requiring stamina and endurance at the very least, and Khan delivers in every aspect. For his fans in Adelaide, though, unfortunately this was the artist’s last performance in a major solo show. “I’m just tired. My body is wrecked. Just can’t sustain it unless I change the way I dance. Classical Indian dance I would love to continue but full length contemporary work is now difficult,” Khan tells us. To someone who has already given so much, who can deny him well-earned rest? 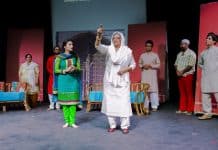 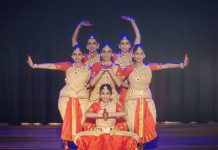