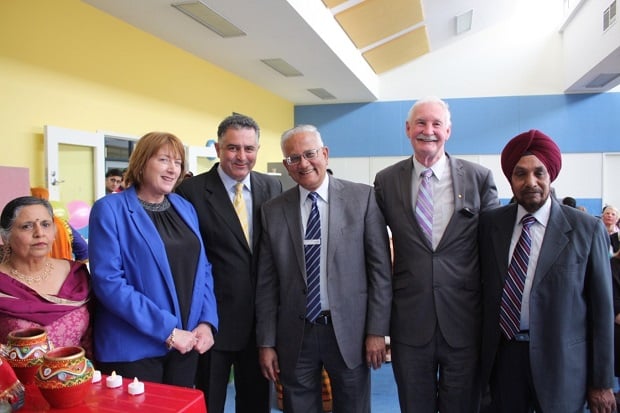 In keeping with the Positive Aging (50 years plus) Community Leadership Program, and to promote Indian culture, cuisine, and arts, the City of Wyndham received a grant from the Victorian government to entertain the fast growing Indian community by celebrating Diwali, the Festival of Lights.

A rangoli greeted those of various faiths as they arrived and the four-hour long program began with a prayer-song: ‘ay maalik tere bande hum’. The dignitaries present then joined hands in lighting the festival lamp. 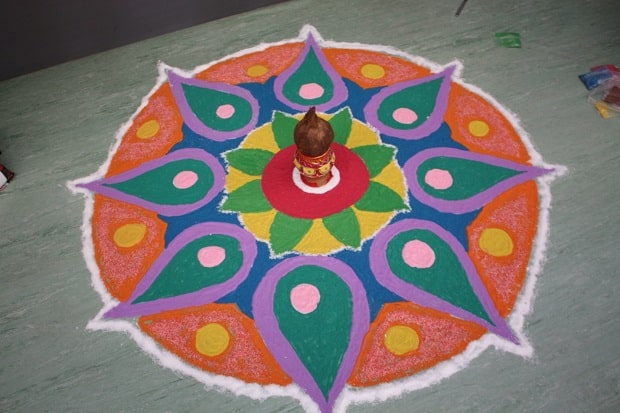 The day began with Saraswati vandana which Aninya Gaur presented through the medium of a Kathak dance. She also offered vandana to Lord Ganesha.

Madhavi Vasa gave us an Indian classical song while Ananya Bose presented Bharatnatyam. Kamaljeet Singh, of Sur Sangh Australia sang Heer, a poignant Punjabi folklore, which caused members to rise on their feet. The program continued with other spirited dance and musical performances throughout the day.

The program organisers were Dr Gurdev Singh Rattan, (President of MSA) and Mrs Samer Pal Kaur. Mrs Prem Arya was the MC and the program was conducted in traditionally captivating style at the Community Centre in Point Cook, south-west Melbourne.

Featuring an abundance of talent from young and old, the day was a cultural feast.
For more information, please contact Samer Kaur on samerkaur3@gmail.com 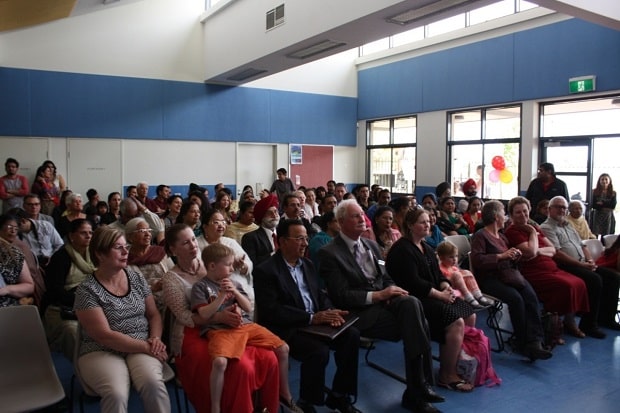 To celebrate Diwali, the Stonnington City group was overjoyed to join members of Sewa International for a picnic in the holiday city of Sorrento further down south-east. A 57-seater bus collected members at the Community Hall in East Malvern, then at Clayton and finally from Dandenong, and was on its way. Unfortunate as it was, we left many disheartened aspiring picnickers behind.

Animated members wished one another good tidings of the festival, and took a break at Aromas Restaurant in Rye for a lunch.

Hospitable Harry, the owner, was delighted to meet our group and wished to talk all things India. But we needed to hurry as we a Sorrento-to-Queenscliff and back ferry awaited us, the sun-god clement on the day.

On our journey back home, we cracked jokes, told stories, sang Bollywood songs, danced around, and demanded that such fun outings were more frequent. To reminisce this wonderful outing, check http://youtu.be/75ORvMAFRkQ or for more information, please contact Anand Shome on ashome@gmail.com 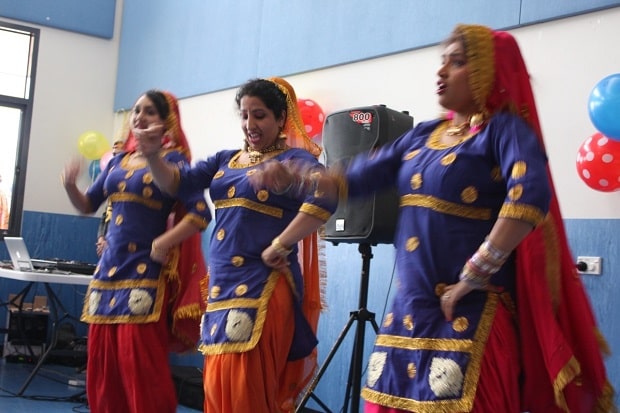 In the monthly program Indian Seniors’ Forum organises in Camberwell, young and old wished one another the blessings of the festival and took to the floor to dance. Vegetarian lunch arranged by Temple Management was both sumptuous and delicious, and pre-packed festival sweets though formed the attraction of the day.

Kingston Indian Senior Citizens Assn. (KISCA) hosted a Diwali festival lunch at The Fiji Restaurant in Little India, which they rather imaginatively decorated with live banana plants and Indian décor.

We began with homemade vegetable samosas with very Fijian green chutney. The difference in the Fijian-Indian lamb curry, although minimal, was distinct. My initial impression, that they tenderised the meat with raw papaya paste, (common practice in Indian cuisine), was erroneous.

Centuries ago, as Fijian members elaborated, they did not find Indian spices in abundance in Fiji, so they resorted to improvising. This involved using less onions and a concentration of coriander powder.

Another typical sabzi a Fijian Indian home/restaurant must serve is pumpkin mash, traditionally treated with a chaunka of methi-dana. We noticed the fried rice served was treated with butter rather than desi ghee. They spice the daal a bit more than Indians normally would and they are also not tandoor-crazy, but insist upon larger tawa rotis than the phulkas of north India. Festival mithai in abundance was most welcome. A gratifying afternoon.

ISAW
A steadily growing membership of Indian Seniors Association West (ISAW) also celebrated Diwali in St. Albans, and wished the other tidings of the festival. Many took to the floor to dance on the mesmerising Bollywood songs. After that, we related our experiences of the festival in our respective towns back in India. We then shared in breaking bread together. An abundance of festival mithai was there to share.
For more information, contact President Arjan Tuli  on 9390 2818. 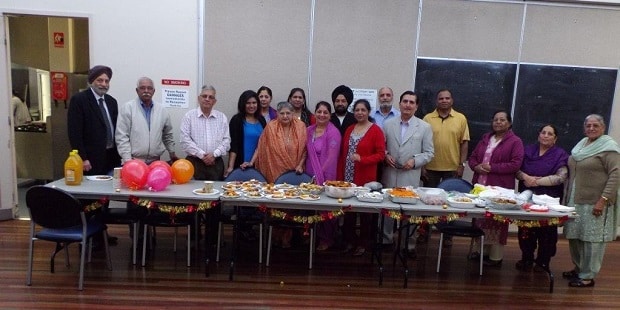 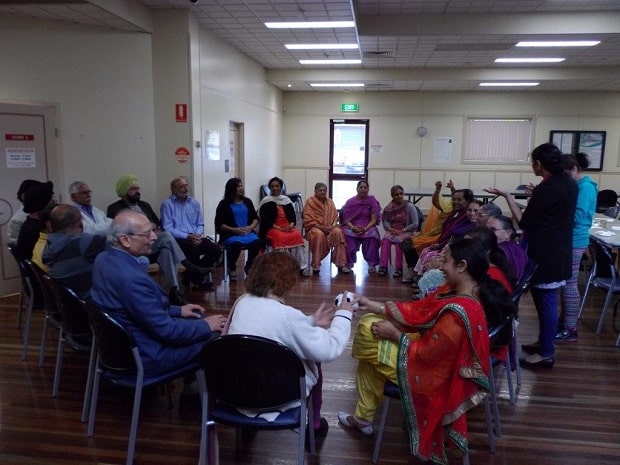 The Indian Senior Citizens Association attracted nearly 200 people who wished to celebrate Diwali together. Secretary Dinesh Sood truly needed to yell to restrain animated members so they would give him an ear. Commencing the day, Vice President Jasbir Bedi invited 13-year-old Akansha to the stage, who delighted us with a fast Marathi dance. Self-taught, the moves and gestures talented Akansha presented enthralled us all. Later, she also presented a Bollywood dance.

Young Kajal and Krishna gave us a Bhangra performance while regulars at ISCA, Lisa and Eddie absorbed our attention with a captivating jive. Later, Lisa danced with Sandy to a Bollywood tune yaad kiya dil ne kahan ho tum. Tavreen and Navreen,7 and 11 years old, gave us a well-rehearsed Bhangra.

President Prem Phakey wished members the blessings of the festival and thanked Victorian Multicultural Commission Chairman Chin Tan for the grant he sanctioned for the festival. This, incidentally, being his tenth Diwali function of the season, Chairman Tan praised the community for maintaining our culture, which secular Australia encourages.

While we expats maintain the culture of India, with equal gusto we celebrate the festivities of our adopted land as well.

Jennifer Yang extended Diwali greetings from Anna Burke MP, who could not attend. Prem Phakey introduced ex-Monash Councillor Robert Davies, who hopes to enter Parliament after the election, who asked members to vote him in. Michael Gidley, our local MP, wished Happy Diwali to all present and pledged his government’s continuing support to ISCA.

Don't think of a blue ball