Home Bollywood The scourge that is child trafficking 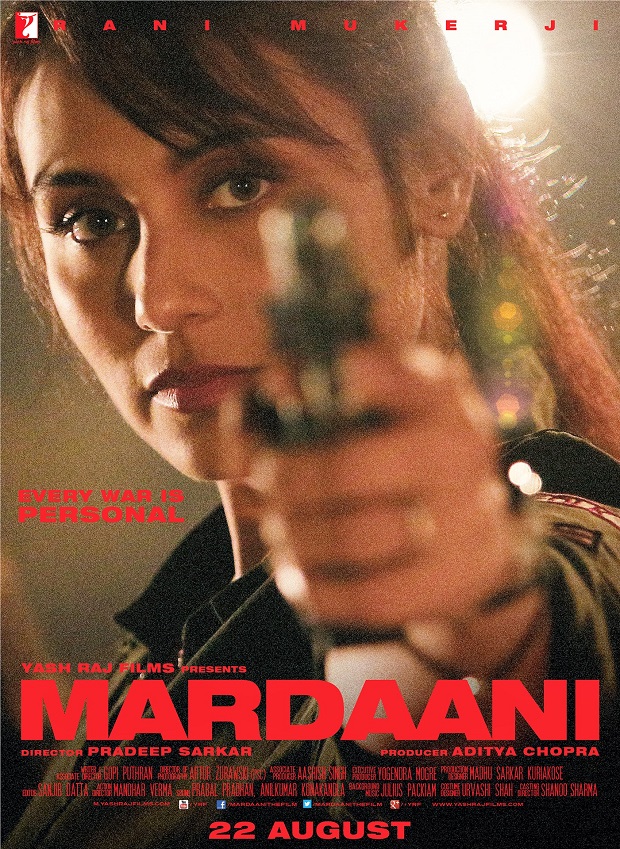 A stellar cast only adds to this accomplished film’s sense of creative propriety.

Mardaani is a film that makes all the correct noises about child trafficking. And by “correct noises”, I do mean the soundtrack, which is among the most evocative, provocative and satisfying in recent times.

Normally in Bollywood, when films are done with live sound, the effect is scratchy and at times inaudible. Mardaani cleans out the noises and yet retains a high decibel of authenticity in the complementary relationship between sight and sound. This is a film that knows its job.

This, then, is the world of Pradeep Sarkar’s derelict people. Posh pimps and “cool” flesh traders gnawing at the fabric of our society by playing with the lives of the most innocent and vulnerable.

With the least fuss, director Pradeep Sarkar (so eloquent in his last film outing with Rani in Laaga Chunari Mein Daag) provides us vivid glimpses into the life of the cop-hero Shivani (Rani).

Rani’s Shivani is a mixture of the feminine and the mardaani. Displaying exemplary economy of expression, the narrative puts forward Shivani’s very articulate attitude to home and profession through brief but lucid encounters with various characters.

Towards the end, the film’s elegant pace slackens, sags and almost collapses. But somehow, Sarkar manages to keep the proceedings from getting dragged down by the drama, no matter how unruly they progressively gets.

The narrative is well-stocked with signs of conscientiousness. Human trafficking is evidently not a pretext to assemble a thriller here. Rather, it’s the other way around. Out of the vast expanses of the film’s sensitivities, there emerges a very engaging thriller, replete with sincere efforts to demonstrate the harsh reality of child prostitution into a cinematic currency.

Walt operates his prostitution racket with the blue-toothed precision of a corporate enterprise. He is on his playstation in his free time and lives in a Delhi flat with his evil mother (Mona Ambegaonkar, scarily coquettish). It’s all stunningly normal and urbane.

The film’s biggest triumph lies in showing the murk that resides under gleaming surfaces. Girl children are sold for sexual gratification to men old enough to be their grandparents while the piped music plays soothingly in the background. There is a kind of unassuming veracity in the narration that quickly sucks you in. We are inescapably drawn in to Shivani’s dark and desperate mission.

You can’t come away unaffected by the brutal world that Shivani cracks after a girl she loves goes missing. The cat-and-mouse game between the cop-heroine and Walt is defined by some excellent dialogues. The words which colonise Pradeep Sarkar’s world are constantly weightier than the casual tones suggest.

Mardaani lays open a world of crime and heartbreak. Scenes of unimaginable torture and humiliation meted out to young girls are placed against the screen heroics of a heroine who is neither Chulbul Pandey nor Singham and in many ways gutsier than both.

Rani Mukerji brings in a level of credibility to the character. Her action scenes are never larger than life. She is not a show-offy cop. And that’s a blessing. Mardaani is a film that is carpeted with competent actors. Almost every character, big or small, is played by actors who don’t believe their performances need to scream their skills.

This film believes in what it has to say about the killing of innocence.

“Ravaging the Opposition and young girls come easily to me,” leers a politician.

Right. And India is shining. 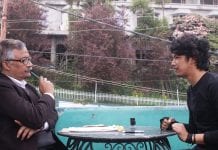 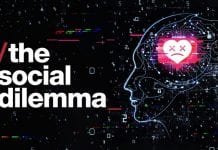 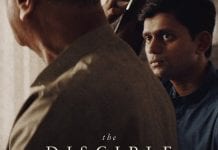 One By Two: Slice of urban life, done up in tasteful...