Home Australia News 2019 Elections: “Unrepresentative swill” to the rescue in the Senate

Former Prime Minister Paul Keating was well known for his sharp wit and his cutting one-liners while he was in Parliament. His famous attack on the Senate in 1989, referring to them as the “unrepresentative swill” echoes loud in the folklore of Australian politics. As opposed to the Lower House where there is some clarity on who you are voting for, it takes a mathematical genius and days of tallying up of the votes for the public to know who actually made it to the Senate. And even then, the final result throws up parties which come from a diverse range of standpoints.

The Senate is one of the two Houses of the Federal Parliament, consisting of 76 senators, twelve from each of the six states and two from each of the mainland territories. It shares the power to make laws with the other House of Parliament, the House of Representatives. Senators are elected for a six-year term, and half the senate is up for election every three years. What is important is that the Senate can put a brake on any bills being passed by the Lower House and this gives them the power to hold the government of the day to account. 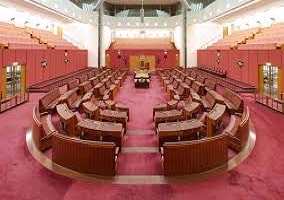 With the Australian Federal election just days away, the polling seems to be favouring Labor as the new government post 18 May, although the gap is narrowing. The internal bickering amongst the Coalition and the revolving doors of its leadership still rankle amongst the public and some feel that they need time out from being in government to sort themselves out. The alternative option is the Australian Labor Party which, due to internal party rules, has had stable leadership after the debacle of the Rudd-Gilliard-Rudd Prime Ministership battles. While the mood is pro-Labor, there is concern about their proposed increases, either directly or by removing the current benefits, to certain tax policies. Negative gearing cut backs, changes to superannuation tax thresholds, franking credit benefit removals for retirees, potential halving of capital gain discounts – Labor appears to have boldly gone where Opposition parties do not go pre-election. They may be a large target to attack now, but if elected, they will claim mandate to bring in these changes. In spite of the voracious attacks by the Coalition on these tax policies, by all accounts it could well be the ALP in power in the Lower House and Bill Shorten in the Lodge a week after his birthday on 12 May.

However, the job of the unrepresentative swill, is to scrutinise the activity of the government of the day. And historically, it is seldom that the same party has controlled both the Lower House and the Senate. During policy debates on the floor of the House, the voting will take place along party lines, but the minor parties – the Greens, One Nation, Derryn Hinch Justice Party, Palmer United Australia Party etc, will all have their say. Hopefully they will bring some balance in the debate of the Labor Party’s creed of Equality to the Liberal Party mantra of Opportunity.

The Senate vote this time will be important – cast it wisely.