Home Features The Speedway By The Freeway

You’ve probably driven past the Speedway on more times than you realise.

And maybe even wondered what it was?

On the left hand side as you drive towards Sydney on the M4 just after James Ruse Drive, it looks like a cricket oval surrounded by a red dirt circle. 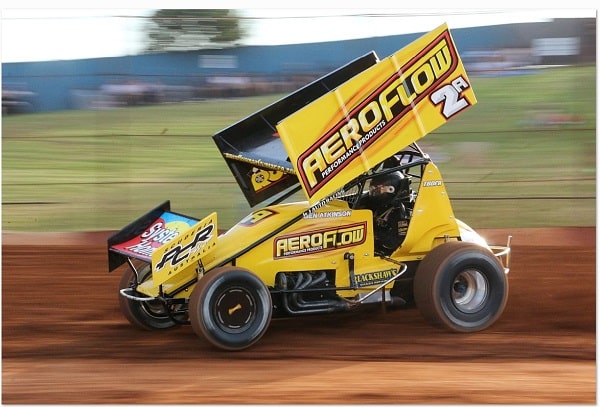 The fact is, cricket has hardly ever, if ever, been played there since 1978 when it was first built, but it’s a world famous oval nonetheless.

Or Parramatta Speedway. Or Sydney Speedway.
It’s been called many things over the years.

What it is though, is a place where families from all over the world (and over 80,000 each season) have gathered on warm summer Saturday nights to enjoy some of the best Speedway racing on the planet.

SO WHAT IS SPEEDWAY?

Speedway is the sport of high-powered cars racing around a dirt oval at high speed. It’s a sport that is raced predominantly in America, New Zealand and of course Australia.

For around 30-35 nights of action per ‘season’ from September 30 until April 28, spectators come to the track for a combination of music, racing, dancing and fun. 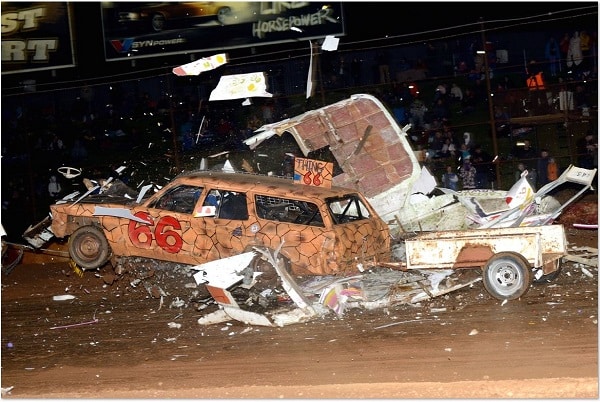 You’ll see anywhere up to 30 races on the night from a variety of different types of racing cars.

The action is fast-paced, and the kids are encouraged to get up and dance and scream and shout.

The smell of hot food, popcorn and racing fuel fills the air.

Aside from just Speedway though, there’s also Monster Trucks, Fireworks, Motorbikes, Jet Cars, Demolition Derbies and even a race where we smash up Caravans, Boats and Portable toilets. 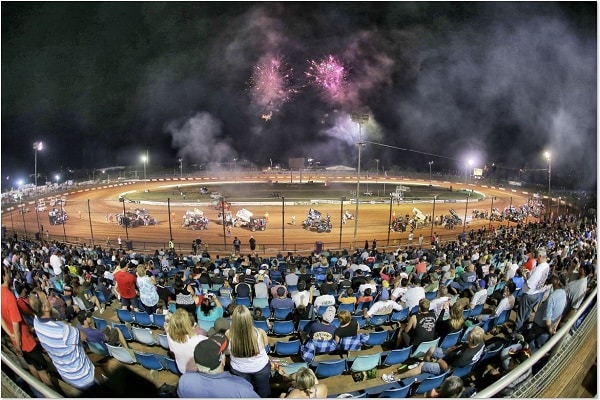 The facilities at the track include a large grassed Spectator hill where families spread their blankets and the kids play with their friends, a plastic seat grandstand, a Giant Video Screen, over twenty corporate boxes, fantastic food, coffee, drinks and a bar facility.

The Speedway has a curfew on race nights so we finish our events by 10.30pm.

This means that families can be home and tucked in bed before it’s too late.

There are many different cars that you can see on any given night. 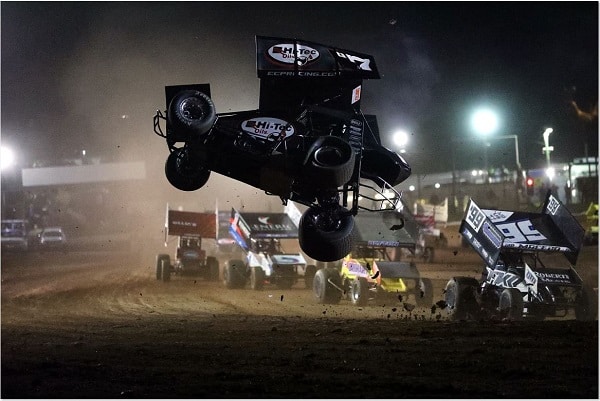 The cars that you might first recognise are what we call Sprintcars.

These radical looking rocket ships have a ‘wing’ on top, and boast almost 1000hp in their incredibly expensive engines.

They reach speeds of around 150kph around our 460m track – and most of the way around they’re travelling sideways. 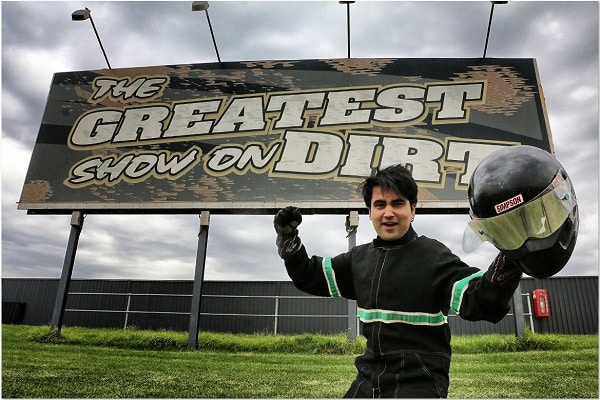 You can see up to 60-70 different Sprintcars each time they race, and that’s regularly the biggest field of cars anywhere in the world.

Sprintcars are often called “the Formula One of dirt” and the combination of the horsepower and the lightweight nature of the cars mean that anything can and will happen!

They can sometimes crash and roll over many many times, and remarkably the drivers emerge unscathed due to the rigorous safety equipment they wear and the comprehensive safety features on the cars themselves.

What about Christmas time?

HOW MUCH IS IT?

On most nights of the season the prices are:

*Prices may vary on some nights of Speedway

WHERE DO I FIND OUT MORE?

WHAT TIME IS IT ON
Gates open 2pm

IS THERE FOOD THERE?

IS IT FAMILY FRIENDLY?

Yes. Families are what we value the most! Our race night is tailor made to suit families of all ages, and all walks of life. 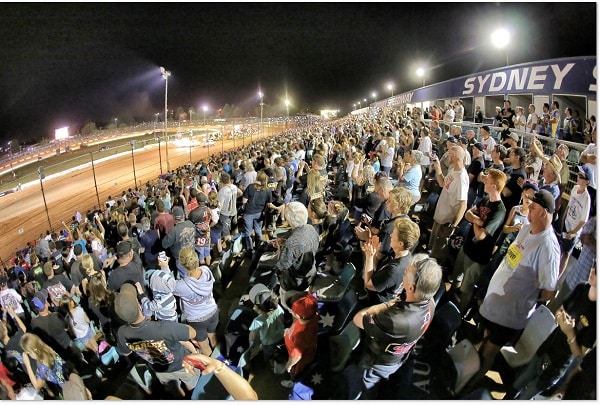 ARE YOU INDIAN LINK’S DESI DAREDEVIL?

On Saturday November 11, we are hosting the Australian Demolition Derby Title and you could be in it!

We’ll provide the car and all your safety equipment.

All you need to bring is your sense of adventure and your courage! You might even win $1,500 if you win! 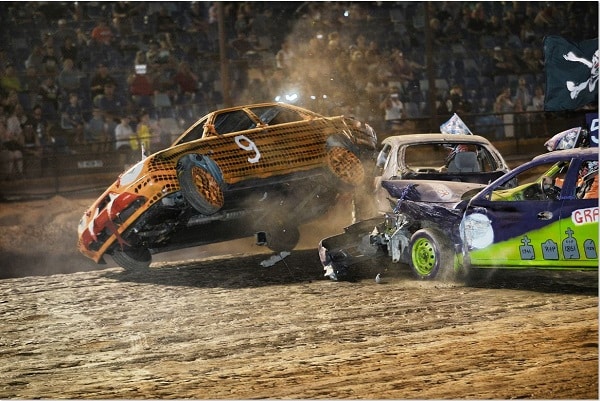 Tell us in 25 words or less (in Hindi or in English) why you’d make the best DESI DAREDEVIL and you might just be racing in front of thousands of people and be the envy of your friends and family! Email it to media@indianlink.com.au

Saying ‘I do’ the Bengali way