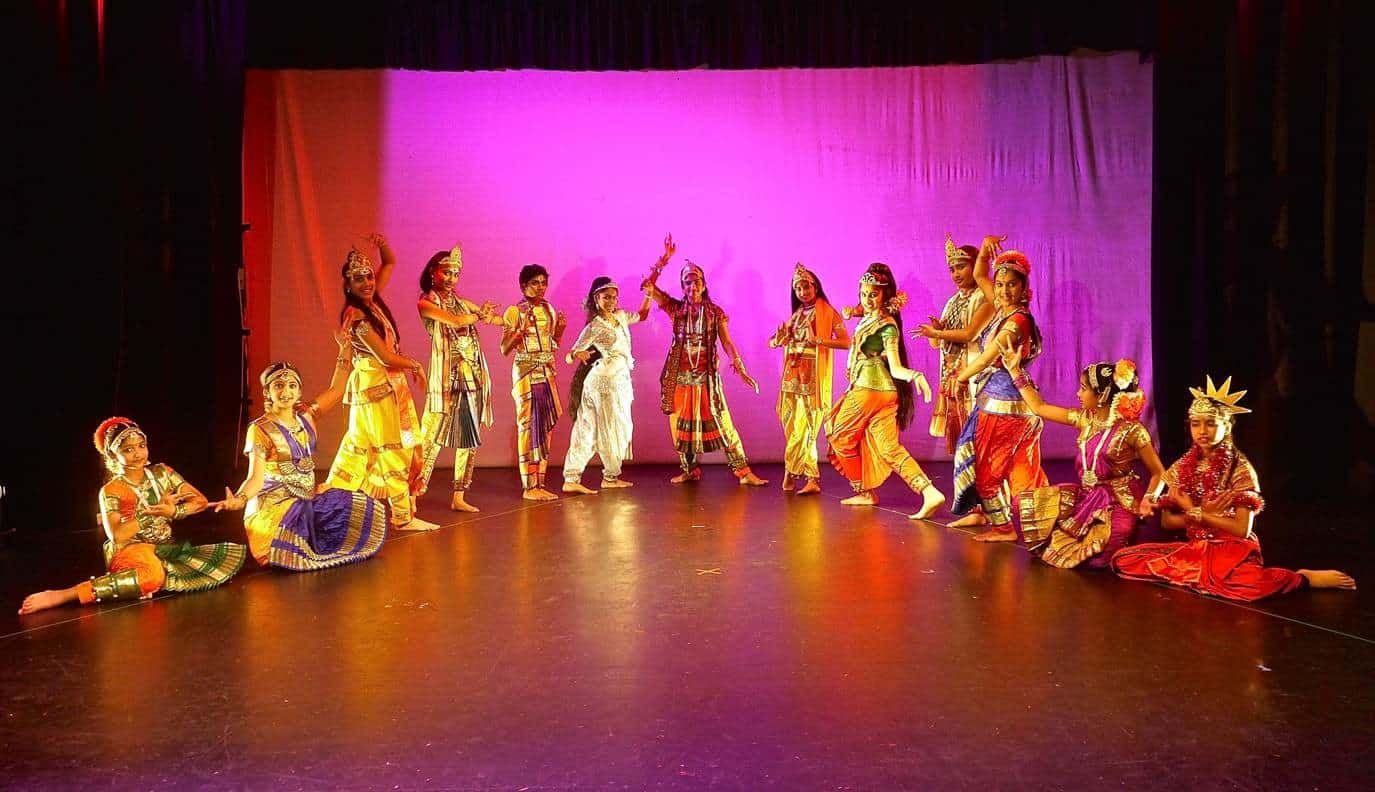 Twenty four hours after the Dancing Shiva was returned to his rightful place in India, I hardly expected to see the Great Lord, Destroyer of the Universe, dance for some two hours in Adelaide.

Just a day after Prime Minister Tony Abbott returned the stolen statue to the Indian government during his short visit to India, I attended Shiva Kautukam, a ballet presented by Adelaide’s well-known dancer Dr Khurshid Shroff to a near-full house of invited audience.

A Parsi by birth, Khurshid is well-versed in Sanskrit and Hindu mythologies that form the basis of her ballets, which provide her dancing school’s students a platform to present the skills acquired during their years of training. Khurshid’s productions are as authentic as they can get, with the script running true to the scriptures in the mythologies.

In Sanskrit ‘kautukam’ means a spectacle of dance, poetry and music. All three were present in abundance in this ballet that had ten scenes taken from two major cantos, Parvathi khanda and Kumara khanda of the Rudreshvara Samita of Shiva Purana.

It is the story of ’s years of penance and persistence to attain her goal of becoming the consort of Lord Shiva after His initial disinterest in her. This formed the first half of the programme. The latter half related to Lord Karthikeya, their second son, who wins over the demon Taraka in a death-defying dancing duel. The penultimate scene was an interesting but little-known incident when a group of heretic rishis tried to harm Lord Shiva by throwing at Him a tiger and a serpent that emerged from a havan they had just performed. The powerful Parameswara tore the tiger and draped himself with its skin and wound the snake around his neck, in what was to become his attire for eternity. The show ended with the all-conquering Shiva performing the Ananda thandava, the joyous cosmic dance of the universe. Both the dancers playing the central characters, Shiva and Karthikeya, gave very creditable performances involving long, vibrant and vigorous spells of dancing. 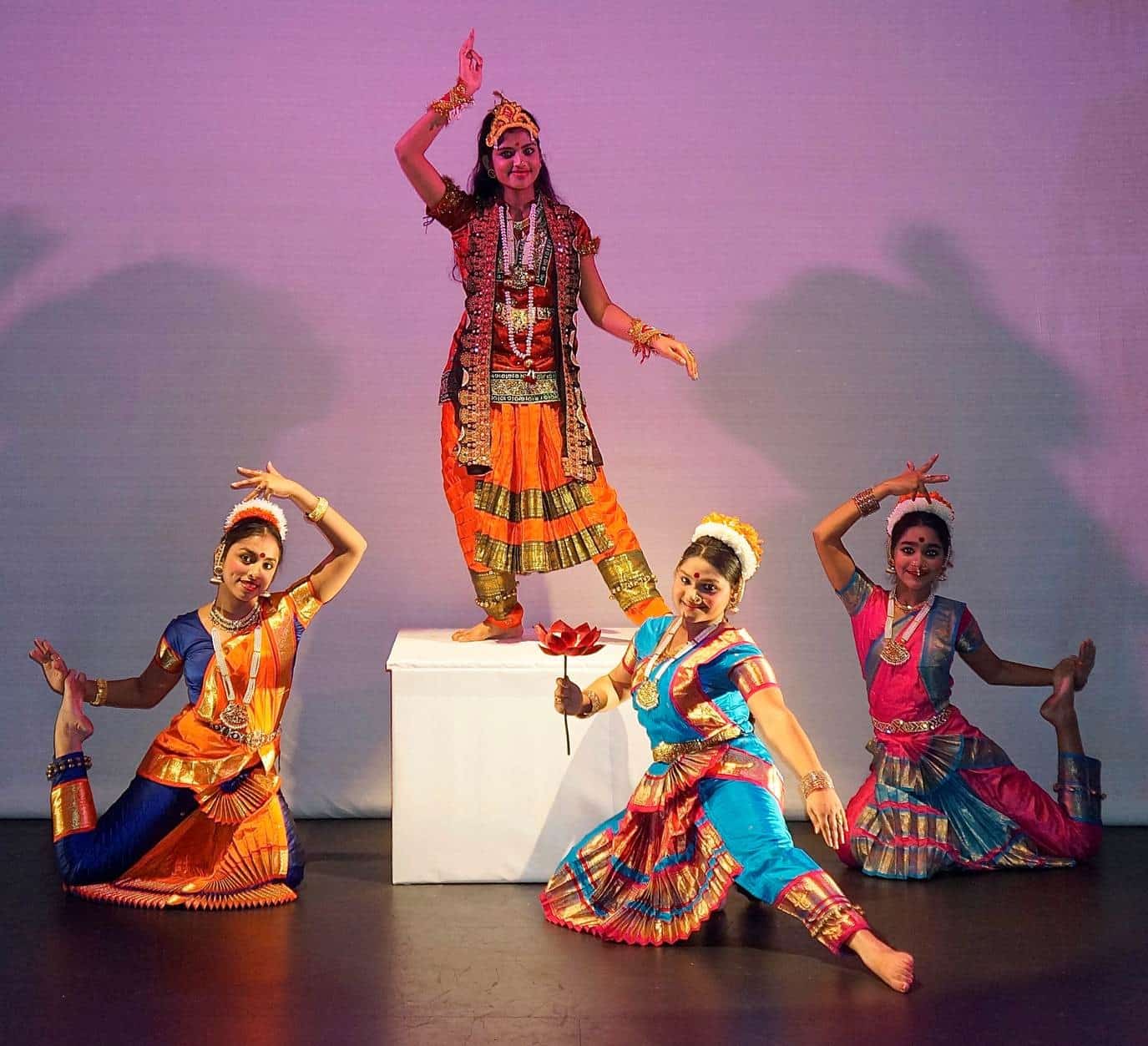 The two-hour ballet had some 30 students of the dancing school performing, since guru Khurshid wanted to provide an opportunity to each one of her disciples to showcase their talents. To deck out such a large supporting cast in appropriate colourful costumes and other accessories is no mean task in a foreign land. With the support of her husband and son, Khurshid did a marvellous job in this regard. Throughout the show not a single word was uttered, but the audience could follow the story with the help of a synopsis given before each scene. The entire performance was backed by musical score, only instrumental, with the clanging of cymbals and drum beats at appropriate moments to dramatise the effect. These were the highlights of the show.

However, the lowlight was the lighting itself, with the focus often missing the target. With a number of characters on stage at any one time and more than one dancing simultaneously, it was at times a case of hit and miss for the technician, for whom it may have been the first show of this kind. The ancient theatre’s age-old lighting system might have made his task a bit difficult too.

Another point I cannot avoid mentioning is the length of the last scene before the interval when all the gods and demi-gods, elated by Lord Shiva’s delayed decision to wed Parvathi, went on long spells of dancing. This being one occasion for most of Khurshid’s students to come on stage, some justification can be made for its length, yet it could have been shorter and sweeter. The selection of a slow musical score, and matching repetitive dancing routine, seemed more sombre than joyous. But this was made up for by the scene that came after the interval, which had a fast tempo befitting the happy mood of the gods on Parvathi’s penance being richly rewarded.

Barring such slips, it was a rewarding occasion for the participants and the audience comprising other students, their families and friends.

Following the flow of the divine