Recently, a friend and I have been seeking and sharing published accounts of stories from the era of India’s partition in 1947. We often message each other electronic links to blogs, write-ups, book excerpts and podcasts chronicling the accounts of those who witnessed and survived the horrors of the events of Partition. 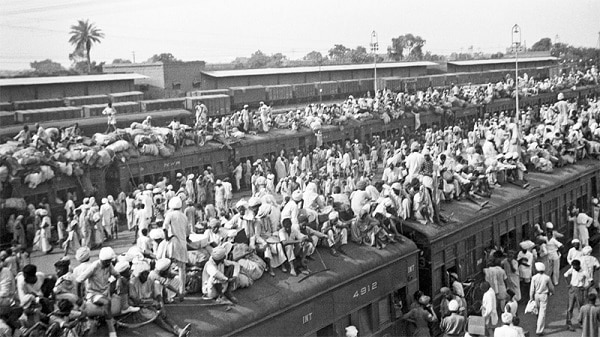 These stories are often deftly narrated, using words that seldom fail to arouse an array of profound emotions. They make you empathise with the turmoil and tragedy faced by an entire generation that suffered loss and displacement. They make you applaud their resilience to resurrect their lives from the ruins of adversity.

However, as post-Independence India turned 70 this year, this ageing milestone threatens to deprive the coming generations of several first-hand accounts of the struggle for freedom as the generation that lived through those times turns frail with age and begin to leave us.

India’s Independence in 1947 was as sombre as it was jubilant. The chimes of impending freedom brought with them unparalleled savagery as the country was torn asunder into two, leading to the birth of Pakistan.

A freshly independent India and newly christened Pakistan, both endured a callous beginning – a beginning dripped in loot and bloodshed of the highest order. By the time both stopped to catch a breath and take stock of their newfound freedom, thousands had been butchered in cold blood across the newly etched borders, during what is often stated as one of the biggest human displacements in modern human history.

Not long after the borders had been fenced and the blood wiped off the divided land, India and Pakistan had turned into two hostile neighbours, destined to be foes for an eternity.

Tales of Partition are often gruesome, laced with plunder and violence of barbaric proportions. They talk about human misery and utter helplessness while being slaughtered by their own kind. They talk about widows, orphans and the dead – all in multitudes.

Time, they say is the best healer, yet the agony and the hurt in the eyes and in the voice of those who had endured these horrendous times hasn’t faded over the years. Each time they narrate their stories, their eyes well up as they revisit the horror inflicted upon them through no fault of theirs.

Scattered amongst these stories of tragedy and misfortune are accounts of goodness, camaraderie and brotherhood.

Ordinary citizens who risked their life and limb to protect others from rioting mobs during those dark days. Orphans being adopted and raised by families in both India and Pakistan. Heart-warming stories of siblings and families, who were separated during partition only to be re-united years later.

The heartbreak of those unlucky ones who live on, having never seen a loved one since they parted ways then, still hopeful of being reunited with them some day. Tales of childhood friendships cut short as they fell on different sides of the newly etched border in 1947.

Countries are political creatures, born out of the desires of men and women who crave kingdoms. India and Pakistan are no different in their origins. The monarchs always tell tales of glory and triumph.

It is not until you have heard the testimonies of ordinary men and women subjected to ruthless regimes that you can carve a true depiction of those times. These Partition memoirs of ordinary folk in both India and Pakistan reveal the real impact of the events of 1947. They are timid enough to break down while recounting the horrors of events, yet they are brave enough to rebuke those who were trusted to safeguard citizens, and failed to do so.

They are dripped in a perpetual nostalgia of an era that will never return, yet they are ghastly reminders against such bloodshed in future.

70 years on, as the real heroes of these stories grow old and feeble, it is up to the rest of us to hold on to their legacy. It is up to us to safeguard their stories and pass them on to the next generation for whom India’s Independence will be a mere academic milestone.

So, let’s all dig out these tales of partition and use them as a beacon to usher in India’s next generation.

The Speedway By The Freeway