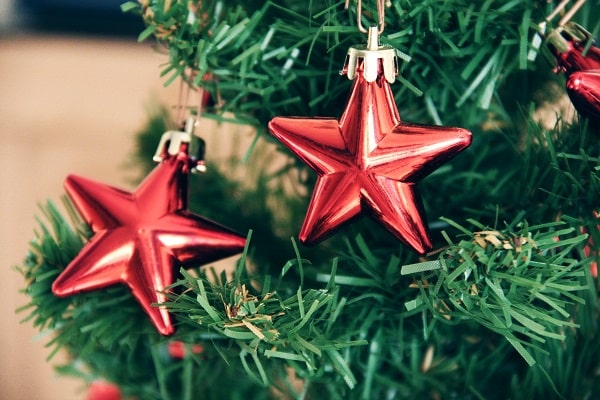 In a world filled with violence and terror, let us make it a season of hope, mercy and responsibility

It is that time of the year, you are concluding an eventful year and you are getting ready for the festive season. You want to relax, close your eyes and imagine the perfect Christmas! The aroma of fresh-baked goods, all those wonderful gifts for your loved ones, fond memories of decorating the tree and the house, ensuring the best Christmas ever…

Every year Christmas brings us happiness, enriches our relationships and helps us to start afresh with the New Year. But is this the same across our world today?
This year it is a strange Christmas Advent. The world is grappling with terror and locked in a deadly struggle, with some nations even having declared war on each other. There seems to be constant anxiety amongst people who fear lack of freedom, and there are those suffering through rebellion and war.
The effects of the disturbing terror attacks is explained by a shocking study, which reveals the number of people slaughtered in 2014 accounted to 32,658 people worldwide. This has risen by 80 per cent over one year, according to the Global Terrorism Index compiled by the Institute for Economics & Peace. While Iraq, Afghanistan and Nigeria ranked as the top three as they bore the brunt of deaths last year, India ranked within the top 10 and Australia at 59th on a list of 124 countries measured for the impact of terrorism.
After the recent violent attacks in Paris and Lebanon, Pope Francis observed in a speech, “We are close to Christmas. There will be lights, there will be parties, bright trees, even Nativity scenes – all decked out – while the world continues to wage war. It’s all a charade. The world has not understood the way of peace. The whole world is at war.” He called for people to show compassion when he said, “What shall remain in the wake of this war? Ruins, thousands of children without education, so many innocent victims, and lots of money in the pockets of arms dealers.”

The worst part of such hate is that the terrorists do not know who they are killing and the victims are killed through no fault of theirs. Does this even make sense? This destruction of the human condition it not just happening through war alone, though.
In today’s world, with the advance of technology, we are losing the collective side of being human; there seems to be a general lack of expression, gratitude and compassion shown to our fellow human beings. How many of us can truly say that we have made a genuine impression on other people’s lives, who are in need, by being sincere? The number surely is decreasing. This might explain why we are seeing an increasing number of community centres around us where socially isolated people are looking for hope, love and care.
People care about diverse things and not everyone has similar interests. While some are more social and believe in collective human nature, others will be indifferent and not concern themselves beyond their boundary walls. A recent WhatsApp viral note about the Chennai floods brought home the message – all the wealth, electronic gadgets and the best of cars were absolutely useless in the crisis, it was people who helped each other. We shouldn’t need a natural disaster or man-made terror act to teach us these basic lessons.
Charity begins at home and there might be opportunities where you could help your family and friends to the best of your ability. The one message that Christmas gives us is that God loves each and every one of us equally. If this is the case, who are we as mere humans to divide, condemn and pass judgement?

The spirit of Christmas is the spirit of love, of generosity and of goodness. The thing about Christmas is that it doesn’t matter what you were in the past, it’s a fresh start.
Let us make it a season of hope, mercy and responsibility. Let us all show someone they are loved this Christmas. Just as the angels sang in their beautiful hymn, “Glory to God in the highest, and on earth peace to men on whom his favour rests!”