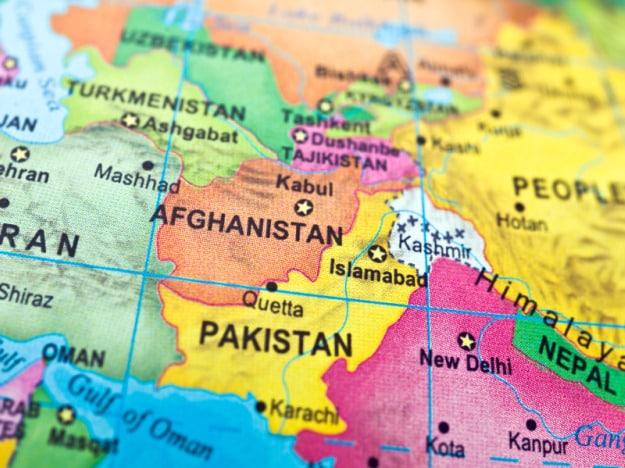 In March of this year, a Bangladeshi restauranteur, Jamil Hossain, dined out at a Pakistani eatery in the Sydney suburb of Lakemba. Jamil was celebrating the independence of Bangladesh from Pakistan in the civil war of 1971 and was accompanied by three friends. The night ended badly after Jamil was stabbed in the palm with a skewer by Red Chilli’s owner, allegedly for questioning the delay of an hour for the food order, which he recounted as “Eight naan, two roti, a vegetable dish, a lamb and chicken curry and a beef vindaloo.”
A Pakistani restaurant seemed an unusual choice to celebrate the night, a little like the English dining out on sauerkraut to commemorate the end of World War II. Several Bangladeshi sources familiar with the diners have suggested the fracas erupted when some light-hearted baiting of the owner about the independence war was not taken so lightly. The proprietor of the restaurant declined to comment about any other triggers to the suburban skewering.
While the tragi-comic incident appears innocuous, it is a local pointer to the ongoing tensions in the South Asian region, especially amongst and within the two countries that split from India during partition in 1947. This colonial split determined by a mathematician based in London continues to linger like a festering wound.
In spite of being geographically separated by the meandering mass of India, Pakistan and Bangladesh share a turbulent history marred by military coup, bloody turmoil and natural catastrophe.
Pakistan has managed to elect a clear leader, however, the industrialist turn politician Nawaz Sharif, who has made a comeback after fleeing in the 1990s to Saudi Arabia in exile. The election itself was tarnished by violence, kidnappings and promises of airports to rural villagers.
Sharif is relatively unique in South Asian politics in that he was already rich before he entered politics, although became exponentially richer after his time in power.
A running joke among development economists is that a key difference between developing and developed countries can be garnered by the types of people who run for office. Candidates in the developed word tend to get rich first and then seek to enter office, whereas in the developing world, candidates run for politics in order to get rich.
Based on this theory and the antics of Obeid and Macdonald, NSW may qualify as a Third World outpost.
Bangladesh meanwhile, formerly known as East Pakistan, has undergone one of its most tumultuous years in its forty two year history. Having begun the year suffering unprecedented protests amid war crime trials of Islamists accused of supporting the Pakistanis during the independence war, the country has since suffered the worst accident in the history of manufacturing and has been peppered by unusual reprisal protests by Islamists demanding anti-blasphemy laws and the separation of the sexes.
Australia’s High Commissioner to Bangladesh, Greg Wilcock, having begun the job late last year, told me that he was exposed to a bit more excitement than he had bargained for. He wrote in an email that “It’s truly an overstimulating time to be here”.  He also suggested that it was high time Australia paid more attention, noting no Foreign Minister had visited for close to fifteen years.
Late last year, I was involved in a television story about shipbreaking in Bangladesh, the visually extraordinary industry that recycles the material of old ships to be used in everything from building construction to electricity wiring. Its slave labour, unsafe practices and light touch regulation bear much resemblance to the country’s garments industry so under the global spotlight.
I distinctly remember an image where a fleet of four-wheel-drives whizzed by a dirt road, adjacent to a duck filled pond, where our crew were filming some shipbreakers bathing.
Our fixer informed us that the motorcade was transporting the Mayor of the port city, Chittagong, who was accompanied by a general and a local plutocrat. As joint owners of the lucrative shipyard, they were engaged in crisis control after a worker was critically injured. The nexus of the military, politics and business was an illustration of the workings of power.
This shady but ubiquitous overlap is best recounted by former navy administrator Dr Ayeesha Siddiqui’s 2007 book, Military Inc, which tackles the secretive ten billion dollar empire of Pakistan’s military leaders, ranging from cement to cornflakes.
Pakistan and Bangladesh are closely intertwined by a shared religion, history and identity partially built in opposition towards their mighty neighbour India. While one’s organising principle is religion and the other language, both represent an important front in the struggle for secular humanism amid religious extremism. Australia’s interest in both has been lukewarm at best, overshadowed by its wooing of rising economic behemoth India.
Australia is amongst the region’s highest aid donors, spending just under 100 million in both countries, representing the second highest donor as a representative of GDP. With the South Asian countries of India, Pakistan and Bangladesh representing the fastest growing region supplying migrants to our country, as measured by the last Census, the historical neglect may require review.