Section 18C: Another nail in the coffin? 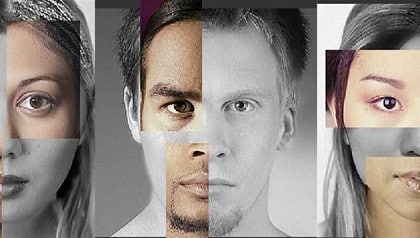 With a one-seat lead in the current Parliament, how can the Coalition disregard the flow-on effects within the multicultural vote bank?

Waleed Aly, Gold Logie winner and one of the few multicultural commentators on Australian television, once said that there is a high level of low levels of racism in Australia.
The proposed changes to Section 18C of the Racial Discrimination Act could now change this to a high level of high levels of racism. These proposed changes, announced on Harmony Day and just days after the government released a report on the achievements of multiculturalism in Australia, do have the potential to make it easier for people to be racist in public.

For those who don’t know – and there are many who don’t – Section 18C says it is unlawful for a person to offend, insult, humiliate or intimidate another person or a group of people because of the race, colour or national or ethnic origin of the other person or of some or all of the people in the group. Under the proposal, the word “harass” will replace the words “offend”, “insult”, and “humiliate”. A provision will also be included saying the test to be applied in deciding whether 18C has been breached, is the objective standard of “the reasonable member of the Australian community” or the pub test.
It is important to note that racism not only disadvantages people overtly, for example denying promotion in the workplace context or rejection as a potential tenant of a residential property, but can also manifest in other ways and cause other sorts of harm. Racist comments can lead to hurt and anger, fear and paranoia. There can be a more direct impact on migrants as it can expose them to ridicule about their clothes and culture.

Section 18C in its current format has worked well for the 20-odd years it has been in place. Yes, there have been procedural issues around the edges where trivial complaints have come through or the time line between the offence and legal action has been long. But largely, it has been a shield provided by the State for those most vulnerable. Those who may have less knowledge of the system and understanding of their rights under the law, have been the most exposed. This very protection for the Indigenous and migrant communities seems to be being taken away by the white, male, middle-aged sub-section of society who hold the reins of power in Canberra.
What a shame that a Prime Minister, who was well supported by the multicultural communities at the last election, has allowed himself to be held hostage by fringe elements in his party, advocating Trump-type policies.

If any repeal of Section 18C is to allow for more speech – given it is becoming a tenet of the Liberal Party to allow for more laisse faire policies – then would it be a matter of time that the right to bear arms becomes allowed in Australia like it is in the US?
The Indian Link survey in this issue indicates that there needs to be a lot of talking by the Liberal side of politics to their multicultural electorates should they wish to minimise any backlash. The six seats most at risk for them include Reid (Craig Laundy), Bennelong (John Alexander), Banks (David Coleman), Chisholm (Julia Banks), Deakin (Michael Sukkar) and Brisbane (Trevor Evans). With a one-seat lead in the current Parliament, the odds are very much against the Coalition: how can they disregard the flow-on effects of the new 18C within the multicultural vote bank? Changes to 18C may be an attempt by the Liberal-National parties to close the gap with One Nation and their policies – but at what cost?
The Coalition’s track record on issues of same sex marriage and climate change has been condemned by many; changes to Section 18C might well turn out to be another nail in the coffin for them.