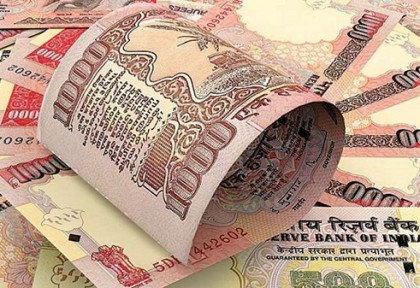 With the 8 November demonetisation announcement, India has been thrown into a tizzy. All kinds of information and opinions – in support of and against the move – have flooded the media. SALIM DAVID busts a few of the common myths.

Myth# 1: A large amount of black money will be eradicated

The value of the old Rs 500 and Rs 1,000 in circulation as of November 8 was around Rs 14.5 lakh crore, or over $200 billion. Many estimates agree that approximately 40 per cent of this – over $80 billion is black money, which will likely be wiped out of the system and the rest, ie $120 billion will be converted by the millions standing in queues.
India’s GDP is $2,000 billion. The amount of black money flow is said to be about 40 per cent or a total of $800 billion per year. But the stock of black money accumulated over the years and parked (apart from small amount in cash) in gold, gems, foreign bank accounts, land and other assets is perhaps 10 times that or equivalent of $8,000 billion.
Wiping out $80 billion (which is a little more than Bill Gates’ net worth and only one percent of the black money in the economy) is hardly worth the inconvenience to Indians and foreign tourists who came for “Incredible India” and encountered indelible India instead.

Myth#2: The rich will be brought to heel and the common man will gain.

As of now only the common man is standing in queue. The rich will suffer but since most of their wealth is parked in gems, gold, land and foreign bank accounts, they will save most of their wealth. In any case the rich are neither dying in hospitals, nor sacrificing their daily wages while going hungry or dying while waiting in serpentine queues.

Myth#3: This will wipe out black money in the future

The newly printed Rs 500 and Rs 2,000 notes will be the new black money. We have just heard of a government employee caught with Rs 34,000 as his daily bribe in West Bengal. All accepted because it was given in usable new Rs 2,000 notes. The cycle begins again. As the phrase in Hindi goes, you can’t straighten a dog’s tail.

Myth#4: Counterfeit money will be curtailed.

Isn’t it the government’s job to ensure that notes are secure from mass counterfeiting? If they didn’t do this well enough, they should just print new notes which are more difficult to copy and phase out the old ones over a period of time. Why subject the common man to such inconvenience? In any case the old Rs 100 is also subject to counterfeiting, and this is not being changed.

Myth#5: This move will encourage a cashless and therefore more accountable/traceable economy

Most of India lives in the villages. The vast majority of them use neither banks nor ATMs which are too far away for them to access. Here cash is the only medium and will be for a long time. Rome wasn’t built in a day.
Even in urban India – how many labour or domestic or lower middle class citizens have debit or credit cards?

Myth#6: GDP growth will go up.

How will this happen when sales are down, crop sowing is impacted and transportation of goods is at an all time low?

Myth#7 The government says Rs 25,000 every week against crop loan is allowed.

Firstly a small percentage of farmers actually avail and get sanctioned crop loans. Those who do would like to take the full crop loan at one go which is their entitlement rather than take it on a piece meal of Rs 25,000 per week
Farmers also complain that while exchanging or withdrawing from their bank accounts they get only Rs 2,000 notes which are no use for their sundry expenses are. No one is willing to change for smaller denominations.

Myth#8: All inconveniences will be over in 50 days and ‘acchhe din’ will manifest

This is the biggest myth of all. Fifty days is merely the time available for converting the old notes into new. As of now there are many markets that are accepting the old notes due to lack of alternatives. This writer is acquainted with the flower and vegetable mandi markets where not accepting the old notes would lead to having to throw away the produce as there would be no demand or much less demand. Instead, they accept old notes and hope these can be converted. Similarly, many shops accept the old notes provided you purchase the full value of the Rs 500 or Rs 1,000 tendered.
The old currency therefore is still being circulated and we don’t know how long it will continue. Saumitra Chaudhuri, a former member of the Planning Commission says that replacing the old Rs 500 notes with the new ones will take over seven months. Until then (or thereabouts) we need a medium to trade and these will likely be the old notes. The sad news is that we will no longer be able to exchange them at the banks.
When Europe wanted to change over to the euro, individual countries gave its citizens two comfortable years to make the transition, and this ensured a smooth transition. Chanakya wrote in the Arthashastra that a government should be predictable – not make arbitrary moves like this which leave its citizens in a lurch with no clue as to when stability will return.

Sometimes it is more important to do things the right way, than to merely do what we feel is right. Will the government be bold enough to stand up and say it has made a mistake and rectify it rather than continue to defend the indefensible?