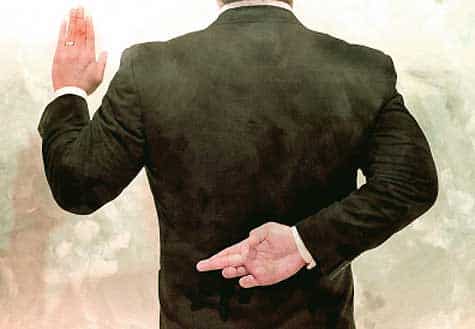 The week starting 12 May will be an interesting one for those in our community.

On the one hand, the results from India’s general elections will start to come in. It will be fascinating to see the direction towards which the people take the country, as it finds itself beset with a host of societal and developmental problems.

On the other hand, closer home, the Australian government will announce their budget, which by all accounts, will extend way beyond being merely an economic document, as it looks set to have a profound influence on the nation’s social fabric.

Indian Link’s election survey revealed that the issue of widespread corruption is the deepest malaise in contemporary Indian society. It seems that politicians do well in their job: assets declared by sitting members to the Election Commission reveals thattheir net worth has increased two to three times during their tenure in office. Non-resident Indians may have experienced corruption at more grassroots levels when on visits back to India they have had to deal with public service officials: their willingness to co-operate is in direct correlation to other benefits provided. Corruption has been difficult to weed out, and for the new government, perhaps this could be an important – no doubt, herculean – task if they wish to undertake it. A change in government, if there is one as suggested by our poll, as well as others, does create an urgency to make a mark, and it will be interesting to see the milestones achieved after say, 180 days. Such a change will also give the defeated party an opportunity to take a hard look at themselves and hopefully rebuild to something bigger and better.

The Australian budget will need to repair the damage of the spending undertaken by the previous government. For those sceptical about this statement, do note that in the last year of the Labor government, after the May budget, we saw a mid-year review, only to be followed a few weeks later, with further updates by an ashen-faced Treasurer Wayne Swan and Finance Minister Penny Wong. The situation had spiralled out of control. To the layman, a budget has two aspects to it; money in (via taxes) and money out (via services). To balance our books, both aspects need to be looked at. PM Abbott’s promise of no new taxes will be severely challenged if the desire is to bring in economic stability. Rather than end up like other nations, such as Greece, Spain or Portugal, a little bit of economic pain now can be preventative of long-term problems. Whatever happens, expect it to be a controversial budget as economic entitlements are scaled back and taxes increased.

In our home state of NSW recently, it’s been a question of principles. The nature of our politics certainly can make for a good drama series. Labor or Liberal, both sides have had a horrid time with the Independent Commission Against Corruption (ICAC). Monies in one form or another have exchanged hands and with no clear rules, the smell test in all this has been ignored. Nonetheless, it is good to have an authoritative body like ICAC in place: it is despised by the wrongdoers but it shines the spotlight in the grubby places of politics.

In India, the Electoral Commission sets strict limits of around $122,000 per candidate per constituency. It is believed that in the last general election of 2009, parties exceeded these limits many times over. Most assessments for that election report a total expenditure of $3.3 million per constituency. Last month, CMS-India estimated that total expenditure in this election would be over $3 billion or about $6.5 million per constituency. Doubtless, those that back the winning candidate expect some favours in return. Perhaps India needs to borrow the ICAC concept.