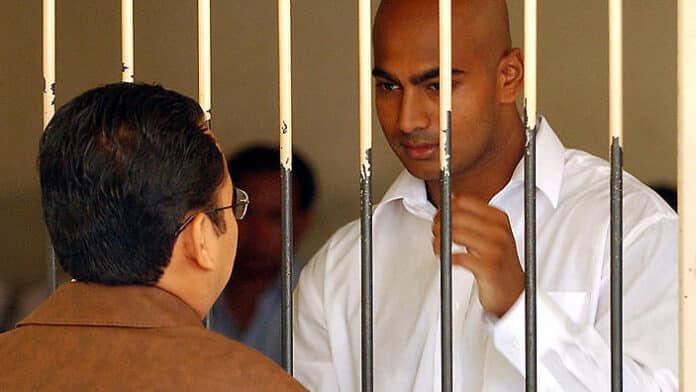 Reading Time: 3 minutesWe wait with bated breath to see if Andrew Chan and Myuran Sukumaran are given a chance for a new lease on life

As we go to press, the execution of Andrew Chan and Myuran Sukumaran, the two convicted drug mules in Indonesia, has been delayed. Expected to be shifted to the island of Nusakambangan where the executions take place, the transfer has been delayed at the last minute. To many, the end may seem inevitable. Yet that old adage – while there is life, there is hope – keeps the faith alive that a miracle might occur.
Andrew Chan and Myuran Sukumaran were part of a group of nine Australians arrested on 17 April, 2005 in Denpasar, Bali, Indonesia, for planning to smuggle 8.3kg of heroin, valued at about $4 million, from Indonesia to Australia. All nine arrested were between the ages of 18 and 28 at the time. The arrest meant that they could face the death penalty if convicted.

While seven of those arrested were sentenced to life imprisonment or 20 year sentences, Chan and Sukumaran were given the death penalty. A series of appeals were lodged, all of which failed. The final act of clemency was also denied by the President of Indonesia Joko Widodo on 10 December, 2014 when he stated categorically that he would not approve any clemencies for drug offences. President Widodo had campaigned strongly, during the elections earlier in the year, on a platform of being tough on drug smugglers. He stuck to this during his adjudication on this matter.
Capital punishment, or the death penalty, is a legal process whereby a person is put to death by the state as a punishment for a crime. The question which has polarised observers is why state-sanctioned executions are allowed to take place in modern society.
Capital punishment was last used in Australia in 1967 when Ronald Ryan was hanged in Victoria. It is still applied in 58 countries around the world, India and the United States of America being two of them. It is estimated that about 60 per cent of the world’s population lives in countries where capital punishment is practised.

Interestingly, a basis can be found in Hindu teachings for both permitting and forbidding the death penalty. Hinduism preaches ahimsa (non-violence), but also teaches that the soul cannot be killed and death is limited only to the physical body. The soul is reborn into another body upon death (until moksha), akin to a human changing clothes.
The religious, civil and criminal law of Hindus is encoded in the Dharmasastras and the Arthasastra. The Dharmasastras describe many crimes and their punishments and call for the death penalty in several instances, including murder or in righteous warfare.
The death penalty imposed on Chan and Sukumaran is a complicated argument and while the Indonesian Foreign Minister may pass this off as a matter of law, to a passionate observer it is difficult to rationalise the photos of ISIS beheadings in the Middle East and the shooting by a firing squad of two unarmed individuals.
Yes, they may be convicted drug smugglers, but forgiveness and redemption are two virtues which make us humans and not animals. Perhaps the time has now come for world citizens to polarise opinion against capital punishment so it can be abolished forever.