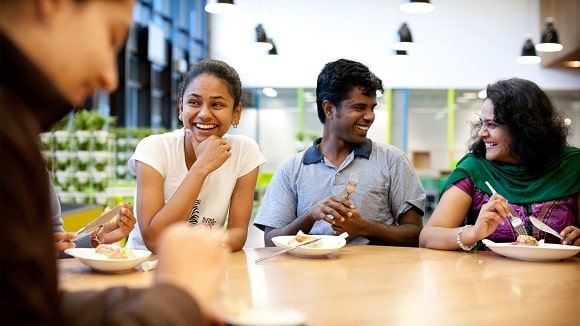 Living in Australia, and being ‘of sub-continental origin’, is complicated. Firstly, we’ve nothing to call ourselves, since the community is not comprised solely of Indians or even people from that region. Countries which make up the “sub-continent” include Pakistan, Sri Lanka, South Africa, Fiji, Mauritius, Bangladesh, Nepal and many more. Basic geography identifies that a lot of Indians aren’t even from anywhere near India, even if their ancestry may lead back there at some point. Also, aren’t we all Australian now?

Being part of the diaspora

A diaspora is defined as, “The dispersion or spread of any people from their original homeland.” Calling us ‘brown’, seems crass (yet accurate) at first, but further investigation demonstrates that there are actually about seventy types of ‘brown’ someone of Indian origin can be. So, that’s out. For ease, I’ll refer to us as the Indian diaspora.
If you are visibly a minority, it is likely that you’ve experienced some sort of prejudice during your lifetime. For example, overt racism towards people of the Indian diaspora has an established history in Australia; memorably, the muggings of Indian(ish) students in 2009, as well as the infamous attack on journalist Jeremy Fernandez on a bus in February 2013. Subtle racial assumptions are also made about us. Recently, I was stopped whilst shopping by a (white) gentleman who bypassed two (white) ladies, wiggled a bag of rice at me and asked me if it was the best type to accompany the curry he wanted to have for dinner. Unfortunately, despite my skin tone, my knowledge of rice and its types is limited to the fact that it indeed comes in types. I tried to be helpful, but ultimately just apologised. He was a lovely man, engaging in casual racism. And I was apologising to him.
Race-based assumptions happen. This isn’t new, nor is it news. Let’s instead talk about vilification amongst the Indian diaspora itself: us being prejudiced towards ourselves.
All communities have aspects which divide them; often around a sporting team, or frighteningly less so, political ideology. Differences in place of origin, religion, language, class, and even skin tone are barriers in the Indian diaspora which often disrupt communal harmony, and, at times, defy the social cohesion which tends to organically form in ethnic communities.
Despite this, the Indian diaspora lives mostly harmoniously.

Benedict Anderson, a scholar, argues that whether we are Indians, Buddhists, Sydney-siders, Melbournians, latte drinkers, or Bollywood enthusiasts, there is no tangible connection between us other than the idea or feeling that we share interest and beliefs. It is this shared or ‘imagined’ belief that makes a community.
The idea of a community resting on shared interests, experiences or beliefs is not unreasonable. It is the cornerstone of peaceful civilization – focusing on our common humanity rather than that which divides us. But it is here the Indian diaspora fails.
There is no one language that binds the Indian diaspora, in a world where communication is paramount. The most common language spoken is English, which in many cases is a non-fluent second language and some people don’t know it at all.
Religiously and politically, the Indian diaspora is about as unified as the Middle East. We come from many histories, all of which are important, but it does not make for a cohesive unit.
With division, instantly, the caste system comes to mind. It once was used to formally divide people. In modern times, most of our prejudices are (thankfully) unrelated to this. There are many more ways in which we divide ourselves now. This is clearly visible in matrimonial sections. Consider: Your Brahmin daughter chooses to marry a Vaishya man. If this is either forbidden or frowned upon, this is caste-based prejudice.
Your Very Fair North Indian son, a Fiji-born Hindu, and his Wheatish-Dark (thank you, Shaadi.com for that terminology) Pakistani-Muslim girlfriend want to marry. This isn’t acceptable? This is religious prejudice and/or racism, depending where the protest is.
Your never-married Very Fair North Indian son has a degree in a regarded field but his choice is a Sri Lankan single mother who works at the local store. This is likely not going to go down well, regardless of her skin tone. This is racial and/or class-based prejudice.
And if your Very Fair North Indian Hindu son is Mauritian born and his suitor luckily is the same, but also happens to be someone else’s son? That’s outrageous, yes? No, that’s prejudice. Based on sexual preference. Suddenly caste doesn’t seem as important, difference in religion or class aren’t as unthinkable as the idea that your son wants to marry another man. And to think, we were just judging people based on brownness. About now you’re probably hoping for a girl of any kind for your Very Fair North Indian origin son. He is well qualified, after all.
There are established hierarchies amongst our attitudes. These are just some of them. This hierarchy is entirely created, policed and perpetuated by the community itself. This is how we divide ourselves. So, let’s stop. As part of the Indian diaspora, we represent countless subcultures. Let’s embrace them.

Different geographies, religions, economic backgrounds, international and civil wars, colonial occupation, removal and indentured slavery are only some of the things that inform the personal and collective memories of the Indian diaspora. These shape our values accordingly, and in turn lead to prejudice. At some point in history, each part of the diaspora has suffered injustice. That is true. However, equally true is whether we’re Indians, Muslims, Sholay fans, Christians, or whatever, ultimately, we are human. Equal. To each other, and to the rest of the world.
I’ve been a wheatish Fijian-Indian at a dinner with my fairer Sri Lankan atheist friend, her white Australian male partner, a dark-skinned Pakistani, a light-skinned Punjabi, her Sri Lankan husband, and a dark-skinned, gay South African Indian man. Even though no “Indianness” bound us, our common interests and our humanity did. To anyone who didn’t know us, we were a table of Indians sitting with a white guy.
Or, more likely, a white guy sitting with a table of Indians.
As part of the Indian diaspora in Australia we’re a minority, even those of us born here. This will mean that in some way we will inevitably face prejudice, and we won’t like it.
So, as the collective we inextricably are, can we at least decide that we won’t be the ones being prejudiced? If not to all humans, then at the very least, to each other.