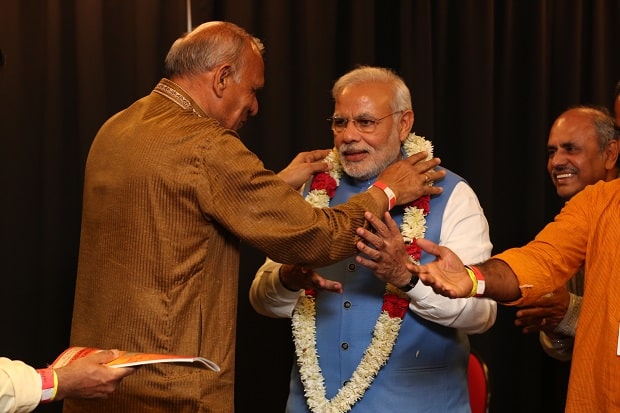 We ran in our last issue an editorial piece about the passion with which IACF (Indian Australian Community Forum) carried out the mammoth task of organising the Community Reception of the Indian Prime Minister Narendra Modi in Sydney.

Never have we repeated the same theme in successive editorials, but this time, we have to make an exception.

Our analysis of the event: absolutely brilliant.

Those who put together the Allphones Arena event, take a bow. You have been magnificent in what you delivered, not only to all those who attended the historic occasion, but also to those who interacted with you in the lead up to the show.

Nihal Agar as the chairman was a true leader – a brilliant delegator, he demonstrated a great ability to communicate and lead with ideas. The very quiet achiever Sanjeev Bhakri worked diligently behind the scenes, unflappable as he got things done with clarity in execution. Balesh Singh Dhankhar is the man who worked tirelessly with the media. We at Indian Link made sure he was worked hard – be it for media passes for our photographers and reporters or access to a live feed to broadcast Prime Minister Modi’s speech live on Indian Link Radio.

Never was a request too difficult; never did a text or message go unanswered. Sanjay Dulloo, Mohan Vijayraghavan and others on the organising committee were quick to respond and impressed with their efficiency.

To the 400-plus volunteers, the Indian community, and indeed Indian government officials, owes a debt of gratitude for the wonderful work they did in making 17 November truly a magical Monday. Their sheer hard work and unbelievable commitment saw this event live up to expectations. It showcased our small community to the rest of Australia, to our home country India, and to our cousins in the diaspora.

One wonders, now that this has been done, what other wonderful work can be done together as a community – an Indian Australian retirement village, adopting a village or two in India, funding a trust fund for Indigenous education in Australia… let’s keep the momentum going.

It was also pleasing to see the public galleries at the Australian Parliament overflowing with Indians during Prime Minister Modi’s address to the joint house. For the 450-plus people it was indeed a proud occasion to hear the first address by an Indian Prime Minister to law makers in our new home. Their respect for him was clearly on show.

What was also pleasing was noting the esteem with which the business organisation Australia India Business Council is held, as its National Chair Dipen Rughani and Vice Chair Sheba Nandkeolyar were actually in the Chamber itself in a special seating. That the organisation has established itself in the hearts and minds of the current government is indeed a credit to them.

This was further evident at Government House in Melbourne, where at a function hosted by AIBC, the top business leaders of both countries interacted with each other and with PM Modi and his team seamlessly.

All in all, the Allphones Arena event for Prime Minister Narendra Modi has shown that as a community, we can indeed unite and deliver.