A letter to PM Modi by Australians of Indian Muslim background 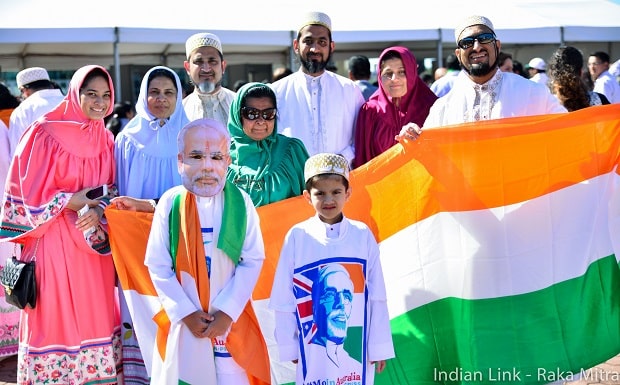 We are highly honoured for this opportunity to share our views with you.

Although we call Australia our home now, we wish to see India, our country of origin for which we have great love, progressing on all fronts. We also appreciate your governance potential in leading India to new heights of progress, peace and harmony.

However we, at times, get concerned about marginalisation of minority communities including Muslims in India. In the spirit of strong bond with our motherland, we wish to bring to your kind attention a number of issues that are of concern to us as Australians of Indian Muslim background.

We highly appreciate a number of innovative initiatives that you have taken since your assuming office for the betterment of the country. Your efforts in opening the Indian economy including “Make in India” campaign, “Your Bank Accounts Program” and “Cleanliness Drive” are efforts that are being appreciated by all.

We are keen to see India-Australia relationships develop further which brings benefit to both nations. We are pleased to see close cooperation between the two governments ever since you became the Prime Minister. Granting of dual citizenship to Australians of Indian origin will further allow the Indian diaspora to be able to better contribute to India-Australia relationship facilitating improved investment opportunities and better say in national affairs. Visa on arrival, as being considered for US citizens, should be extended to Australians as well.

Indian media groups should be encouraged to send well-qualified journalists to Australia so that incidents related to Indians in Australia are not unnecessarily given a racial tone and magnified for no reason. It is important to learn that Australia is a multicultural society and people from all parts of the world come here to live. Indians are only one of the hundreds of nationalities living in Australia and in general there

is no racial bias against them or against any other people. We believe it is important that for mutual relationship to enhance, Australia is not seen as a racist country in India which seems to be the case even today.

out in any manner. We find them lagging behind in all spheres of life including the political, social and economic fronts. We find it particularly disconcerting that your ruling coalition has just one Muslim representative in the Lok Sabha. We urge you to rectify the problem by nominating at least 25 Muslims in the Rajya Sabha from your party. This step alone can open a new vista of relationship between Indian Muslims and your party under your leadership. Adequate representation of Muslims in the nation’s parliament has to be ensured if their political empowerment is to be achieved.

Indian Muslims seriously lag behind in education. Special efforts are needed to ensure that literacy amongst Muslims, including Muslim women, are at par with the national average. Their representation in institutions of higher education has to rise in proportion to their population. As India has adopted a policy of reservation on the ground of backwardness, there is no reason why underprivileged sections of the Muslim community should not be allocated reservation. Affirmative action by your government will go a long way in improving the condition of this second largest, but most disadvantaged, community in India.

We are deeply concerned about safety and security of Muslim Indians. Communal tensions have risen in the recent past in many parts of India. While you talk of inclusive development and have spoken about your concern for Muslims, your party cadres, particularly at the state and district levels, have been spreading communal tension by raising non-issues like “Love Jihad”, “Forced Conversions” and “Appeasement of Muslims”. As a leader of all Indians, we wish you take appropriate steps in order to counter divisive politics so that peace and harmony prevails between all sections of Indian society.

We urge the current government to take appropriate action to bring justice to victims of communal riots in Gujrat and elsewhere. Adequate compensation should be granted for their physical, emotional and material losses.

The Congress government failed miserably in implementing the Sachar Committee recommendations, although it had constituted this committee. It is an extremely well researched report which has touched all aspects of issues relating to Muslims of India. If its recommendations are implemented in full, it will provide an ideal solution to bring Muslims at par with other communities in India.

The Sachar Committee report was published in 2006. More works have since been done by a few intellectuals which may also help in developing guidelines for an allround empowerment of Muslims within India’s secular fabric.

It is significantly important that India maintains cordial relations with all Muslim countries in general and Pakistan and Bangladesh in particular. Family visits, tourism, exchange of cultural and sporting teams, may greatly help in strengthening ties between the three neighbours that share history, culture and language. We urge you to also continue with India’s long term policy of support for the genuine rights and aspirations of Palestinian people and peace building in the Middle East.

origin spouses find it hard to visit India due to difficult visa formalities and vice versa. We urge both Indian and Pakistani governments to remove restrictions on travel for such spouses so that they can visit their families with freedom.

The language of Urdu, fine arts and great monuments of the Moghul period have provided India with its rich heritage. These need to be preserved. We urge your government to restore respect to the great monuments and revive Urdu language and associated fine arts.

It is important that India’s national television and radio become accessible to the audience worldwide generally and to Australians in particular.

To bring Australians of Indian origins together, we propose the establishment of India House (Bharat Bhavan) in Sydney. This will consist of various halls to exhibit

paintings and portraits, art objects, busts of national heroes as well as a library and facilities to hold regular Indian arts and cultural shows.

Promotion of harmony, peace and prosperity for all

You hail from Gujarat, the land of Mahatma Gandhi and Sardar Patel, the pillars of Indian secularism. We urge you to help create conducive environment for Muslims and other minorities to prosper and contribute to the growth and development of India as a land of peace, harmony and prosperity for all.

We wish to thank you for you kind consideration of this submission and anticipated action in this regard.